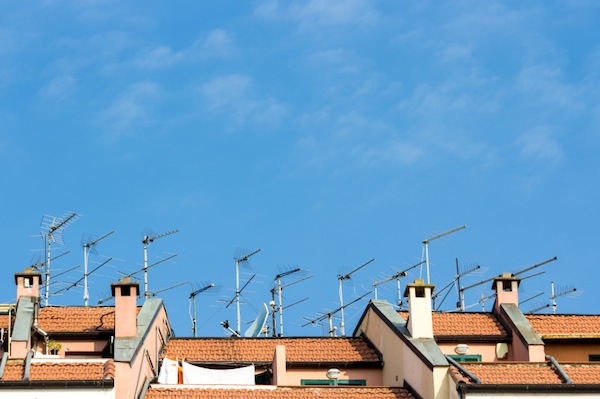 Would you join a private, parallel network in your neighborhood to access the Internet if it meant delivering a safer and more reliable way to communicate?

In light of recent news about the invasive surveillance activities of governments, and Apple patenting the ability to shut down WiFi and cameras in devices, many people are thinking about ways to go “off the grid.” Having a private Internet could limit a certain amount of meddling in private citizens’ traffic. In more rural or economically challenged areas, having a private, parallel network could help people solve the last mile problem for considerably less money than usual, getting broadband Internet access to the last few corners of the world that are currently without.

Some interesting discussions have surfaced recently about how communities in Athens, Greece, have created a private, parallel network—called a “mesh”—which allows them to use WiFi to connect to each other. They did so by linking up a set of rooftop WiFi antennas to create a mesh that can pass along data and signals. There’s even a possibility of encrypting traffic, to make traffic within the private network insulated against eavesdropping and Internet censorship.

Current implementation of these wireless mesh networks provide users with a way to access the Internet, as well as a private network of WiFi devices, including VoIP phone calls. The Athenians aren’t the only ones utilizing this valuable technology, communities worldwide have also been building these private networks, in many cases because a mesh can be used as a less expensive way to access the regular Internet.

Mesh networks are more private than the many neighborhood-based social networks that have cropped up in recent years, as you can truly exclude those who are not physically within the area. That said, with great connection comes great responsibility – by agreeing to allow others access to your network, you must be more aware of what is on that network. If the network isn’t adequately protected to limit access to those people who are allowed to be on the network, anyone can join and potentially wreak havoc.

As economic access depends more and more on an individual’s ability to access and use the Internet, and as long as government surveillance is problematic around the world, this is a rather exciting possibility. Hopefully this technology continues to grow and becomes more widely available in the years to come.