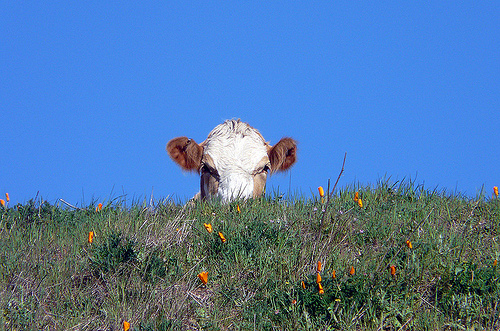 In the last few weeks, there has been a lot of discussion about the NSA peeping on people’s packets. A lot of folks are understandably freaked – who wants Uncle Sam going through their digital unmentionables? But as it turns out, the NSA isn’t the only government agency getting up in everyone’s business. There’s been a number of other countries that have recently been found to be implementing wide-ranging, often largely un-checked surveillance of Internet and phone traffic. In the last few days, India, UK, and Canada joined the list. But that’s not it: Russia has been on the list of packet-peepers for years now, and Sweden’s FRA law has people equally twitchy, plus several other countries have been rumored to have their own surveillance systems with questionable levels of oversight.

In light of all this, people seem to be having one of two reactions: either sticking their fingers in their ears and humming to block out the news, or trying to do what they can to belatedly regain some sense of modesty. Because information is sparse (but then, when are leaked state secrets not?) and because a lot of this is fairly techie gobbledygook, there have been a number of unfortunately half-baked suggestions floating around. To help simplify this situation a bit, here’s a list of things that are not quite as helpful as you might think:

Having said all that, I’m now going to sit in the fetal position in a corner and rock quietly. I count myself among the security-industry people that have suddenly realized that our view of the state of online privacy was not sufficiently paranoid. And given that we already sounded like members of a tinfoil-hat brigade… But the thing is, as upsetting as this is, we’re not powerless and we shouldn’t just roll over and play dead.

Protecting your privacy, however you choose to do it, is a good thing. Aside from being a peaceful act of standing up for ourselves, it can also help keep you from harm by malware writers. And the more of us are out there using privacy-protecting measures (especially encryption!), the more time-consuming and less cost-effective it will be for anyone to snarf data for any purpose. To me, that’s the best argument there is for taking steps to improve our privacy.

The single best thing you can do to protect your privacy from government surveillance is to contact your local politicians and register your displeasure at the level of unchecked surveillance that’s happening all over the world. It’s no guarantee either, but the more individuals and government representatives who publicly object to this surveillance, the more likely we are to make lasting changes. In the US, a new privacy bill was announced this morning that aims to narrow the scope of existing orders that allow this surveillance, and add more oversight into new investigations. Hopefully this is a positive first step towards regaining protections for privacy.