The wait is finally over: Apple released a new version of its Mac operating system, OS X Mavericks (version 10.9). 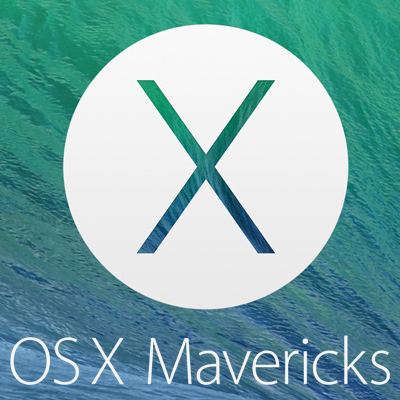 Unlike most major new Mac OS X updates, Apple chose to continue supporting all the same Macs as the previous release of the operating system. This means that if your Mac was compatible with Mountain Lion, you’ll be able to upgrade to Mavericks.

However, some Macs are still limited to Lion (version 10.7.5), which might possibly still receive security updates for the next year or two, given Apple’s recent track record with providing Snow Leopard security updates after two newer versions of OS X were released.

Some older Macs can’t even be upgraded to Lion, meaning they’ll be stuck with Snow Leopard (version 10.6.8) or older. That’s not a good thing, because it could mean that Apple may not patch security vulnerabilities for those Macs for much longer.

Apple might stop releasing security updates for Snow Leopard in the near future. The now three-generations-old operating system costs Apple money and developer resources whenever a new security vulnerability needs to be patched. Apple continues to release Java 6 updates for Snow Leopard (and for Macs that have upgraded from Snow Leopard to a later version of OS X) even though Oracle is no longer making Java 6 patches available to the general public—which could possibly mean that Apple is paying Oracle for the privilege of obtaining the latest Java patches for older Macs.

For many generations of Mac OS X, Apple only released patches for OS vulnerabilities in the current and one previous version of the operating system. Apple eventually seemed to change its mind about supporting the then two-generations-old Snow Leopard after Mountain Lion became available, but only after a long delay before patching 121 vulnerabilities in Snow Leopard’s version of Safari that had been accumulating for several months.

Unfortunately, nobody knows for sure how much longer Snow Leopard or Lion will continue to get security updates from Apple. While Microsoft publicly announces its support timetables for Windows, and Canonical does likewise for Ubuntu, Apple has never given any official word to the public regarding how long each version of Mac OS X or iOS will continue to receive security updates.

The good news is that most new Macs sold within the past several years can be upgraded to a newer version of OS X.

Following are lists of Macs that can run a supported version of OS X. If your Mac is older than the ones listed, read on for suggestions on what you can do to upgrade to a supported system.

Mavericks, like its predecessor Mountain Lion, requires one of the following Macs with at least 2 GB of RAM and 8 GB of available hard drive space:

If your Mac isn’t new enough to run Mavericks, it won’t run Mountain Lion, either.  However, if your Mac has a Core 2 Duo processor (one of the models listed below), it should still be able to run Lion as long as it has at least 2 GB of RAM and 7 GB of free hard drive space:

If you’re not sure which Mac model you own, you may find EveryMac and apple-history to be useful sites.

If your Mac can’t handle Mavericks but does support Lion, finding a legitimate copy of Lion could be a little tricky if you haven’t already purchased it. You’ll no longer find it in the Mac App Store, and Apple no longer sells an OS X Lion USB Thumb Drive (part number MD256Z/A) in its online store.

An Apple spokesperson told Macworld last year that customers should be able to purchase Lion from Apple’s “legacy products list” by calling 1-800-MY-APPLE. However, it’s unlikely that Apple has any left to sell at this point.

Since Apple doesn’t provide any way to purchase Lion anymore, your best bet might be to ask a friend who purchased Lion when it was still available. If they have a license that they’re not using, they might be willing to help you out.

Again, only time will tell exactly how much longer Apple will continue to release security updates for the now three-generations-old Snow Leopard operating system.

Apple no longer releases security updates for Leopard (Mac OS X version 10.5.8), Tiger (version 10.4.11), or anything older than that.

If you still use a Mac with a PowerPC processor, including G4 or G5 Macs, Apple hasn’t released any security updates for your Mac’s maximum operating system for over two years now. Apple hasn’t sold any PowerPC-based Macs since 2006.

Lest you think that nobody would bother releasing malware to attack such old systems, in recent years malware has been found in the wild that was designed to attack multiple platforms, and often this malware has contained PowerPC native code. This didn’t just happen once; it has happened again and again.

While Apple boasts about the extremely high percentage of iPhone, iPad, and iPod touch devices that are rapidly upgraded to each major new version of iOS, such is not the case with Macs and OS X.

Perhaps Apple hopes that by making OS X upgrades free beginning with Mavericks, major OS X upgrades may become more widely adopted much more quickly, similar to iOS. It certainly seems logical, but only time will tell how successful this tactic will be.

Anyone still using Snow Leopard or Lion should strongly consider upgrading to Mavericks if their Mac supports it, or if not, they should buy new hardware if they can afford it. (Let’s face it, that’s what Apple wants you to do anyway.)

But what can you do if neither Mavericks nor Lion is supported on your Mac and you can’t afford to buy a new computer?

If you have one of the early Intel Macs that can’t even run Lion, you have several options.

One solution is to set up Boot Camp and install Windows to use it as your Mac’s primary OS. While Apple may not support your Mac anymore, ironically Microsoft does; Windows 8.1 still supports systems with 1 GHz processors, 1 GB of RAM, and 20 GB of available hard drive space.

Alternatively, if you can’t afford to buy a copy of Windows (or just can’t stand the thought of it)—or if you prefer to support free and open-source software—there are guides online detailing how to install Ubuntu Linux on a Mac.

The latest versions of Ubuntu are still being made available for PowerPC-based Macs, including those with a G3 processor.

Another option is, of course, to buy a cheap PC. (Be forewarned: you get what you pay for.)

Obviously, none of those solutions is going to excite most Mac users. I suspect that most Mac users, geeks and non-geeks alike, would rather buy a newer Mac than switch to another operating system.

If you can’t afford to buy a brand new Mac but you do have a little money to spend, you can shop around for used Macs, but make sure you buy one that’s new enough to support Mavericks so it will hopefully be able to get security updates for a couple more years.

If you know a Mac user who’s still running an older version of OS X, do them a favor and check to see whether their Mac is capable of running Mavericks or at least Lion. If so, help them upgrade. If not, let them know it’s time to strongly consider getting a newer computer.

The burden of informing users about software and hardware that will no longer receive security updates should really fall on Apple—not on security researchers, security blogs, or blog readers. Let’s hope Apple eventually figures this out and starts giving users clear notifications when it’s time for them to upgrade.