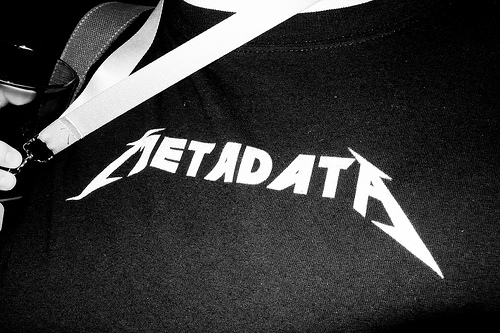 First of all, let me say that this is not intended as commentary or opinion on the current scandal. My goal in posting this is to simply educate you as to how to interpret the discussion so that you can come to your own informed opinion.

As I’ve been reading the ample coverage about the recent NSA scandal, there’s one thing that I see again and again that a lot of people are apparently misunderstanding. The current issue isn’t about whether the government is tapping people’s phones and reading people’s emails, per se. The whole trope of listening for code words is more “ECHELON” than “PRISM,” and the recent scandal is about the latter.

So, what’s the difference? In the case of ECHELON, the idea was that the government was parsing the content of communications to look for certain specific keywords relating to drugs and terrorism. Given the unbelievably massive amount of data that would need to be parsed, and the popularity of strong encryption methods among people that know they’re doing something illicit, this could be considerably more trouble than it’s worth.

For better or worse, the content of communications themselves is not the only way to get meaningful information. Advertisers have been doing this too, which is why “Do Not Track” is such a big deal. The idea with PRISM is that it’s not dealing with voice or text content that can be encrypted, but with the data about the call itself. This is what we call meta-data: data about data.

What sort of data can be gleaned about our communications? Here’s a short list of the most common questions that metadata answers:

These are all pretty simple pieces of information, but potentially powerful ones.

In the case of advertising, this is used to gear ads to your interests, and personally identifiable information (PII) is ostensibly scrubbed. (Though, as history shows, people can often be easily identified anyway.) Sometimes this can result in ads that are so uncannily accurate that it seems like someone’s bugged your house. Sometimes this can result in ads that are a little more off the mark – one site in particular seems to think I’m a sushi-eating truck driver with Parkinson’s disease. (Okay, the sushi part is true.)

It remains to be seen what the full scope of the NSA search covers, though it seems likely that more details will eventually come to light. Hopefully this information can give you a better understanding about what it could mean for you, personally.