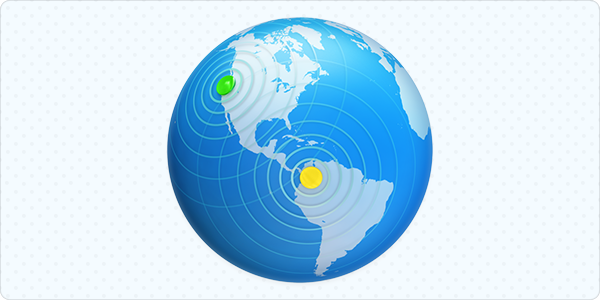 If you use an iMac or a MacBook Pro, you may not realize that, with some additional software, you could turn that computer into a server, a computer that can share files, host websites, run a virtual private network, and much more.

Apple’s macOS and its predecessor Mac OS X have long been able to work as servers with the installation of a single $20 app. The Server app, available from the Mac App Store, provides an easy-to-use interface to configure and manage services that are built into macOS. You could run all these services without the Server app, if you know the right commands to turn them on and manage them from the command line, using Terminal, but the Server app makes it easy so almost anyone can do it.

Apple says that “macOS Server is perfect for a small studio, business, or school,” and points out that “it’s so easy to use, you don’t need your own IT department.” This was very useful some years ago, but now, as most of these tasks are entrusted to the cloud—email, shared contacts and calendars, websites, and more—most people don’t need to run a server. If they do, it’s much easier to rent a server; this could be a dedicated server, where you rent your own computer located in a data center, or a virtual server, where you rent space on a cloud server.

Because of this, Apple has said that they are “deprecating” certain services in macOS Server. They won’t be killing them off completely, but they are changing this software “to focus more on management of computers, devices, and storage on your network.” The services that will be removed, sometime in Spring 2018, are:

Some of the services Apple will not remove include: 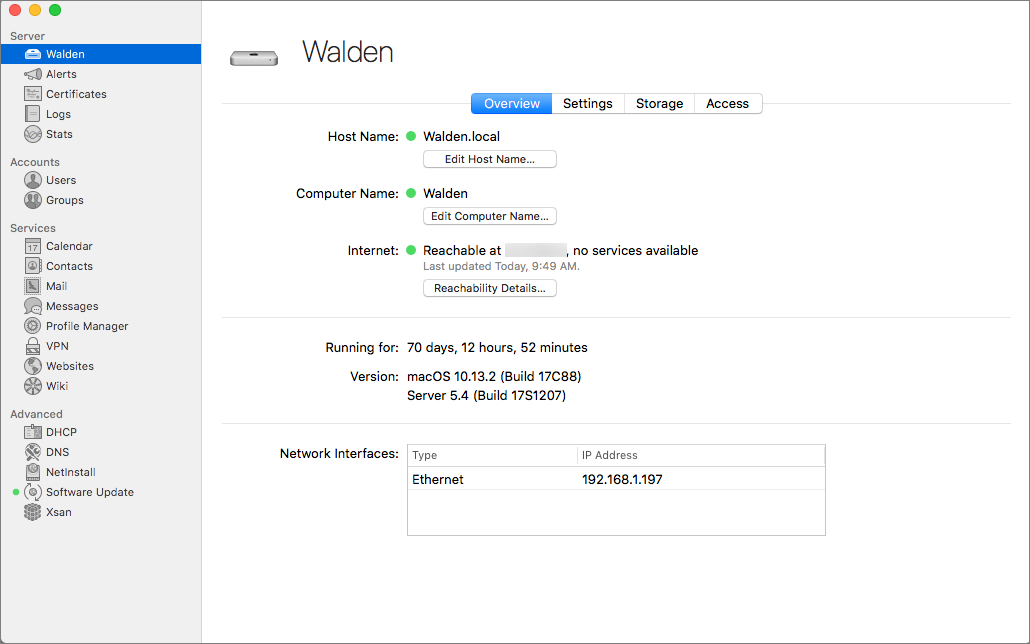 macOS Server has long been a tool for those users who need just a bit more than what their Macs can handle. I have been running a Mac mini server for years. I use it to store some files, as a repository for Time Machine backups, and to run Plex media server, which allows me to access music and videos on my home network. The first two uses are part of macOS Server, and Plex can run on any computer, it’s just easier to run it on a computer that’s not being used for anything else.

It’s likely that the numbers of users of macOS Server has dwindled over the years, because of better solutions, and the preponderance of cloud servers. Apple’s reorientation of this software is interesting, and there are a couple of possibilities for where it may go.

What’s next for macOS Server?

The most likely direction it may take is that of being a true MDM (mobile device management) system. Software like this is used mainly by companies to unsure that all their devices—computers and/or mobile devices—have the same software and apps, are up to date, and they allow for granular settings that can be turned on or off. They are essential to ensuring security across a company’s devices, and allow a company to change policies and settings easily. macOS Server currently offers some of these features, through its Profile Manager service, but many businesses would benefit from a more robust solution. There are several available from other companies, and those who need this feature have probably already made their choices. But if Apple ups their game, it’s possible that their Profile Manage could be superior to third-party options.

Another possibility is that Apple makes macOS Server a tool for home users to easily manage the multiple Apple devices they own. A family of four, with a couple of Macs, a few iPhones, an iPad or two, an Apple TV, and perhaps even a HomePod, find it difficult to manage all these devices. It’s a hassle to control your kids’ devices; you have lots of software to download every time there’s an update, and an easy-to-use backup solution for all the devices could be practical. There are also other features that home users could benefit from, such as a shared photo library, a master iTunes library for those who have large music collections, and easier ways of sharing contacts and calendars. It’s possible that Apple is finally going to create a true “digital hub” for its many users who find it confusing to manage multiple devices.

This change will affect the dwindling number of users who run macOS Server. For them, the best solution might be to not upgrade until they’re sure they have alternate means of doing what their server does for them. For others—notably businesses, and, perhaps, home users—the updates to Server could be positive. No matter what, this marks a change in Apple’s direction, the point where they full acknowledge that Macs aren’t made for heavy lifting as severs any more.

If you do depend on macOS Server, you may want to not upgrade the Mac you use as a server; neither the Server app, nor the operating system, as new versions may require an update to the Server app itself.

Do you still use macOS Server or are you in the camp that believes it is no longer needed? Have something else to say about this story? Share your comments below!