SysJoker is one of the most recently discovered Mac malware families. But SysJoker is not just Mac malware—it’s cross-platform malware that can also infect PCs running Windows or Linux.

Let’s examine this new threat and what makes it unique.

According to Intezer, SysJoker “was first discovered during an active attack on a Linux-based web server of a leading educational institution.” Mac and Windows variants were found layer. Although the malware was discovered in December 2021, it may have been deployed sometime earlier in the second half of the year.

What does SysJoker do to an infected computer?

SysJoker pretends to be an operating system update mechanism. In reality, though, it has been observed to collect specific information about the infected computer, such as the MAC address, user name, and IP address. Thus its primary goal appears to be espionage, or in other words, spying on the victim.

The initial macOS SysJoker component is named types-config.ts, masquerading as either a TypeScript or MPEG transport stream video file. However, the file is actually a universal Mach-O binary, meaning that it’s designed to infect Macs with either an Intel or Apple Silicon (e.g. M1) processor.

The malware has methods of persistence, meaning it can continue to actively infect a computer after a reboot. Because it communicates with a command and control (C&C) server, it’s possible for the malware to receive additional instructions—and download additional components and upgrade its capabilities—at any time.

How can one remove or prevent SysJoker and other threats?

Unfortunately, the threat mitigation features that Apple has built into macOS—such as notarization, Gatekeeper, XProtect, and MRT—do not block many types of threats. Thus, Apple’s own macOS protection methods are insufficient by themselves.

Intego VirusBarrier X9, included with Intego’s Mac Premium Bundle X9, can protect against, detect, and eliminate SysJoker malware. VirusBarrier is designed by Mac security experts, and it protects against a much wider variety of malware than Apple’s mitigation methods.

And if you’re a Windows user, Intego Antivirus for Windows can protect your PC from SysJoker, too.

What can we learn from the domains used by SysJoker?

As noted by Patrick Wardle, the domain graphic-updater[.]com — which the malware appears to use as a C&C server — resolves to the IP address 23.254.131[.]176.  As of Tuesday, accessing this IP address via a browser would display a list of files hosted on a Web server: 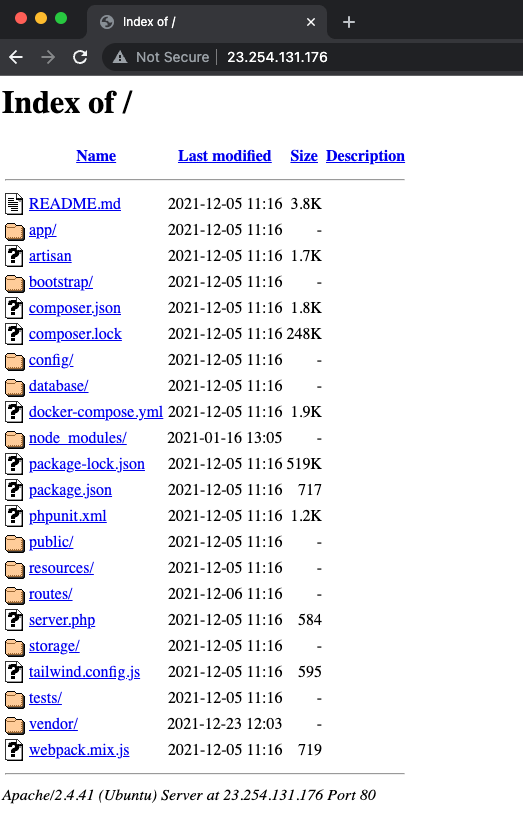 Interestingly, it appears that the version of Apache running on this server was 2.4.41. This Apache version was originally released in August 2019 and contains numerous known vulnerabilities. It’s therefore plausible that the malware maker or distributor may have hacked into someone else’s server and hijacked it to use as their C&C server.

The following files and folders may potentially be found on an infected Mac:

The following domains, IP address, and files hosted on Google Drive have been observed to have ties with this malware. Network administrators can check logs to try to identify whether any computers on their network may have attempted to contact one of these sites between December 2021 and today.

Is SysJoker known by any other names?

For additional technical details about the SysJoker malware, you can read Intezer’s and Patrick Wardle’s write-ups.

We discussed SysJoker on episode 222 of the Intego Mac Podcast. Be sure to follow the podcast to make sure you don’t miss any episodes! You’ll also want to subscribe to our e-mail newsletter and keep an eye here on The Mac Security Blog for the latest Apple security and privacy news.

SysJoker logo images based on: “Jester- Joker Card” by GoShows (CC BY 2.0) and “Matrix – iPhone Background” by Patrick Hoesly (CC BY 2.0); both images modified.