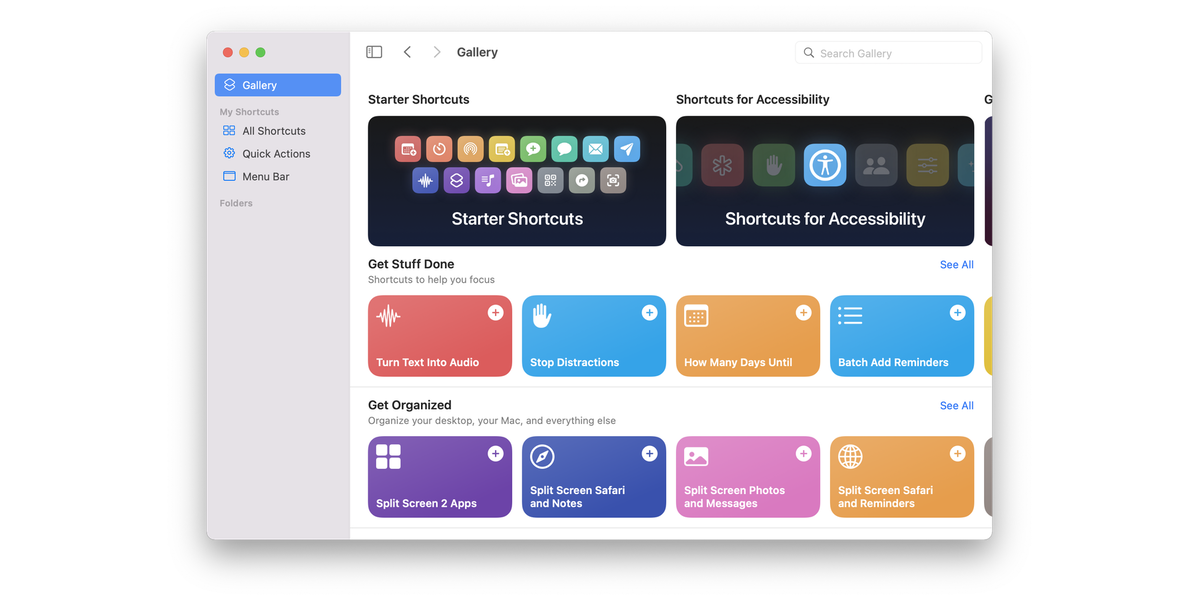 macOS has long had automation tools that can help you save time performing complex tasks, or tasks you carry out often. From AppleScript to Automator, these tools have been available with variable learning curves, and many people leverage these tools regularly.

iOS/iPadOS 12 added Shortcuts, another automation tool, to that platform, and now Apple is adding Shortcuts to macOS. What does this mean for the future of automation on the Mac? And what are the risks of using shortcuts?

A brief history of automation on the Mac

Automation on the Mac goes back a long way. In 1993, AppleScript was added to System 7 in 1993, offering a (sort of) user friendly way to script events in and between applications on the Mac. This was quickly adopted by QuarkXPress, an early desktop publishing application, and was extremely useful to implement complex workflows in publishing.

Apple released Automator with Mac OS X 10.4, and this was a simpler form of automation tool; users can drag and drop modules to create workflows or standalone applications that work, behind the scenes, in ways similar to AppleScript.

Apple’s mobile platforms didn’t had any form of automation tools, but a third-party app, Workflow, brought limited inter-app automation to iOS. Apple acquired Workflow in 2017, and, with the release of iOS 12 in 2018, released it as Shortcuts. This app works in a similar way to Automator, with a touch of AppleScript, and can be invoked using Siri.

Now, with macOS Monterey, Apple is adding Shortcuts to the Mac.

How you can save time with automation

You can use automation on the Mac for very simple tasks, and much more complex routines involving multiple apps. As an example, I have a number of Automator workflows that I use to scale images, convert images to different formats, and rename files. But some more complex uses of automation can be found in AppleScripts for Apple’s media apps. Doug Adams has been creating AppleScripts for iTunes (and later the Music and TV apps) for decades, and these scripts can change metadata, sort files, import and export information, and more.

Automation can also work with Unix commands and shell scripts, since macOS is built on a form of Unix, but the learning curve for shell scripts is quite steep.

There are other apps that can automate tasks on the Mac; this TidBITS article, 73 Mac Automation Stories from TidBITS Readers, gives a better idea of all the available tools and how they can be used.

The next step: Shortcuts

Shortcuts is the next step in automation, and it’s the first time that Apple’s desktop and mobile platforms will have a common tool. This is possible because both macOS and iOS/iPadOS are built on the same foundations. While the language is not that easy to learn, users can download shortcuts created by others, just as they download AppleScripts and Automator workflows. Shortcuts can be simple, or they can be very complex. 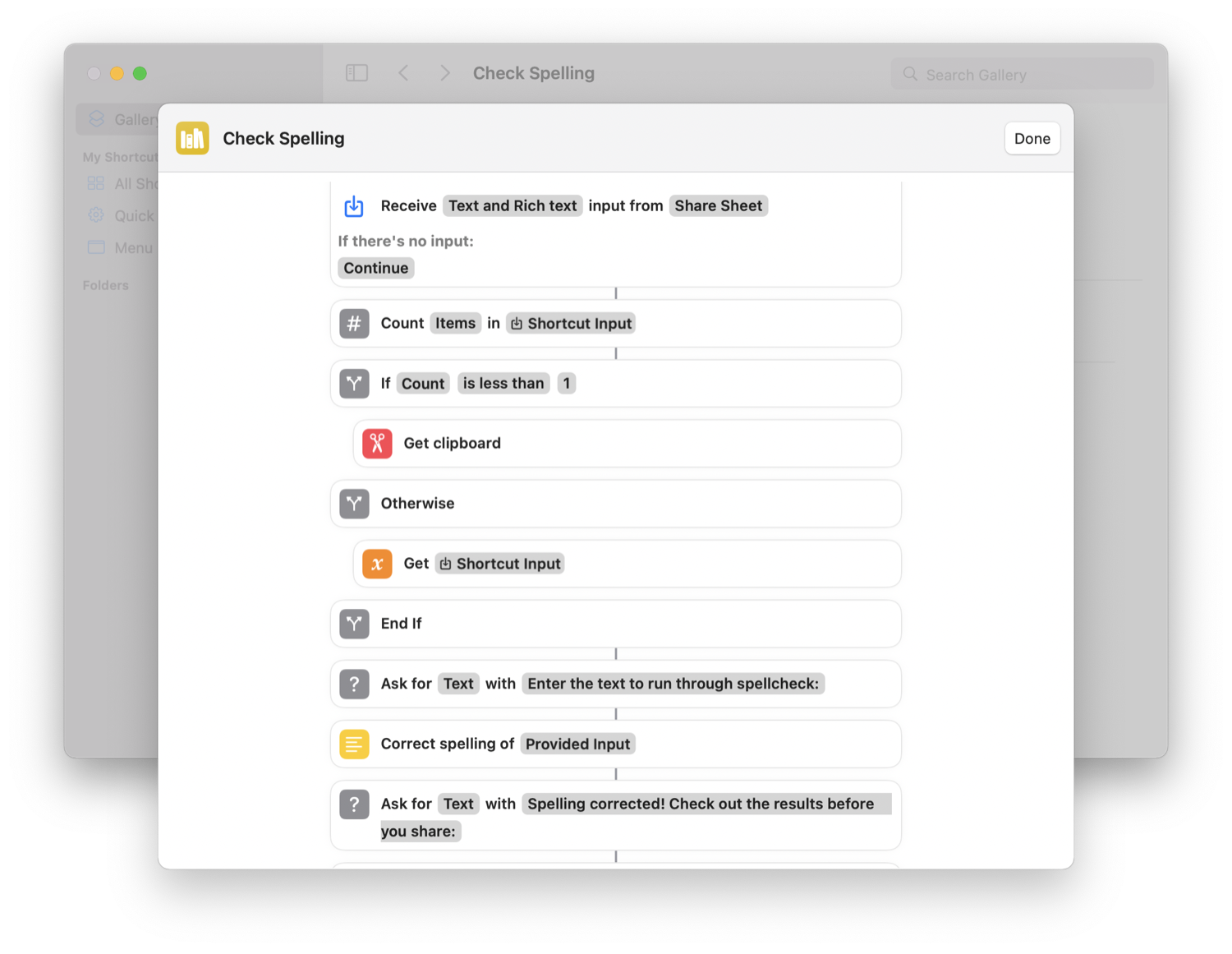 Shortcuts will integrate with existing automation tools on the Mac – AppleScript, Automator, and shell scripts. This makes them very powerful, and extends their reach. For those who understand these tools, Shortcuts may be the glue that holds everything together.

You’ll be able to run shortcuts in many ways on macOS Monterey: from the menu bar, in the Finder, in the Share sheet, via Spotlight, and with Siri. Apple has said that you’ll be able to import existing Automator workflows, which suggests that Automator will not be around for very long. And Apple will proved a large library of shortcuts for the Mac, something that they never did with AppleScript and Automator.

Also, these shortcuts will sync across your devices, and many of them will work on the Mac as well as on the iPhone and iPad, and some will even run on the Apple Watch.

The risks of Shortcuts

Unless you roll your own shortcuts, there is a risk that shortcuts you download may be malicious. We have seen this with Microsoft Word and Excel macros, where macro viruses have flourished ever since the company added a macro language to their apps. There have been issues with shortcuts that have been able to exploit vulnerabilities, so this is yet another vector that needs to be locked down. You may be tempted to download shortcuts you come across on websites, but you’ll need to be very careful, and be sure you can trust their authors, just as you need to trust developers when you download apps from their websites.

Shortcuts are a powerful new tool that span the Apple ecosystem, and may make it easier to perform common and complex tasks. But there is also a risk of malicious shortcuts, so it’s important to be careful and only download shortcuts from trusted sources.

We talked about shortcuts and more in episode 196 of the Intego Mac Podcast.