One of the new features of iOS 12 that hasn’t gotten much attention is shortcuts. Shortcuts are automation routines that you can run on your iPhone or iPad, making complex tasks as easy as tapping a button or giving a command to Siri. Shortcuts aren’t that simple to create, but you can find many pre-made shortcuts and use them as is or adapt them to your needs. Here’s a primer on using shortcuts for iOS.

One reason why many iOS users don’t know about shortcuts is because the Shortcuts app is not part of iOS; you have to download it manually from the App Store. Once you have done this, tap the app icon and check it out. You’ll see two sections: Library and Gallery. The Library section holds shortcuts that are present by default to get you started and any others that you download. The Gallery section is a sort of App Store for shortcuts that show you a number of tasks and categories that you can use and allow you to download shortcuts. 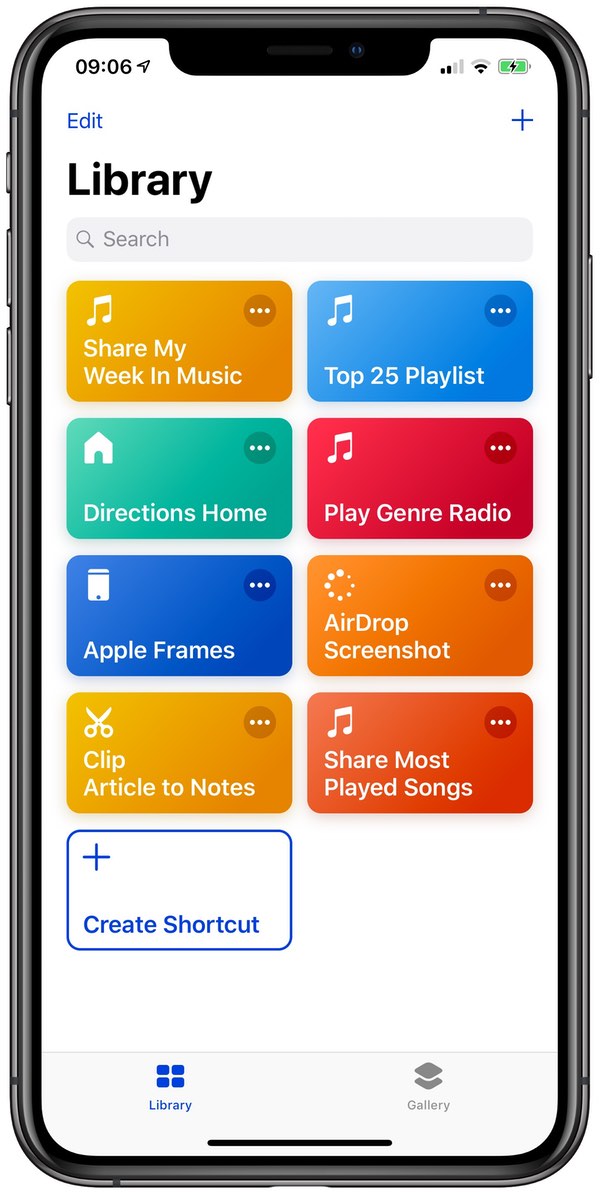 The above screenshot shows the shortcuts in my library. You’ll see one called Apple Frames; I used that to create an iPhone frame around the screenshot. This shortcut is quite complex; it takes any screenshot, whether from an iPhone, iPad, or Mac, and, according to its size, puts a frame around it for the type of device where it was shot. 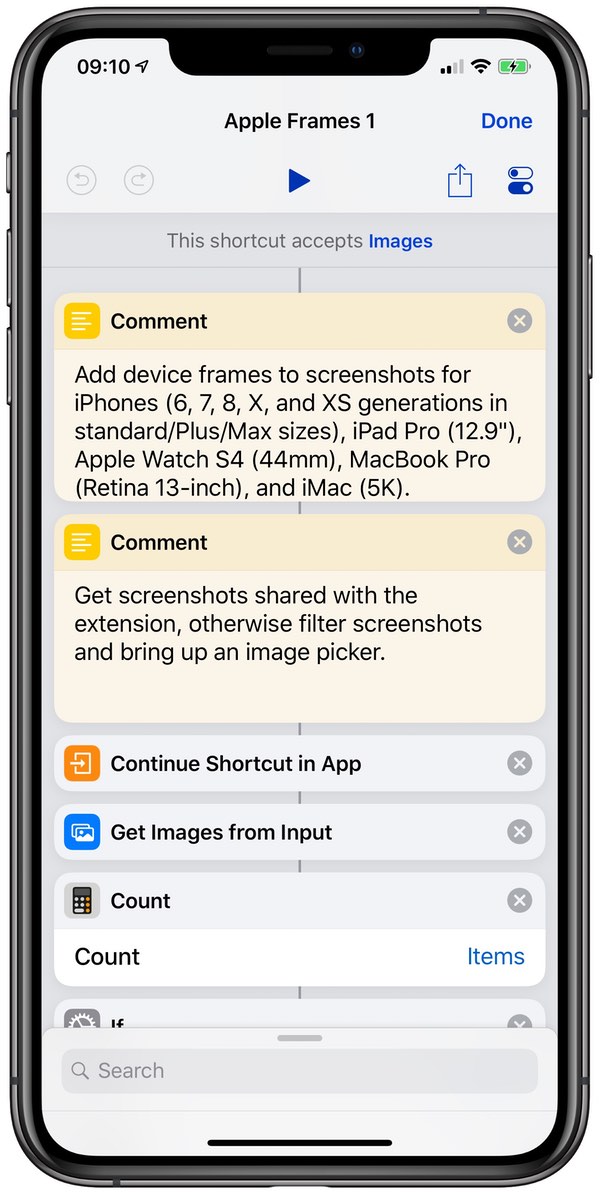 I did not create this shortcut myself; I downloaded it from the MacStories Shortcuts Archive, which is full of useful and sometimes complex shortcuts.

How do shortcuts work?

If you’re familiar with AppleScript or Automator on the Mac, you will understand how shortcuts work. (Learn about Automator in this article and this article on the Intego Mac Security Blog.) Shortcuts can do many of the things that these other tools can do, but since they run on iOS, they offer many other possibilities. Your iPhone knows your location, for example, and can run shortcuts based on where you are. You can use Siri to launch shortcuts making them easy to use at any time.

Let’s face it; shortcuts look daunting. That Apple Frames shortcut has more than 100 actions (an action is one step in the automation routine) and it fetches data from a web server to provide the frames it uses.

But there are plenty of simpler shortcuts in the Gallery. For example, in my first screenshot above, you see Directions Home. I tap this and Apple Maps opens showing how I can get home. Or Play Genre Radio; if I tap this, it asks which genre I want to listen to and then starts a radio station on Apple Music. Clip Article to Notes takes a URL that you have copied to the clipboard on your iOS device, copies the text of the article, and adds that article, its link and the date to Apple Notes.

How do I add shortcuts?

Browse the Gallery and find a useful shortcut. There are sections like Great Shortcuts for Siri, Essentials, Morning Routine, Apple Music and more. Tap a shortcut in the Gallery and you’ll see what it does and which apps and services it works with. 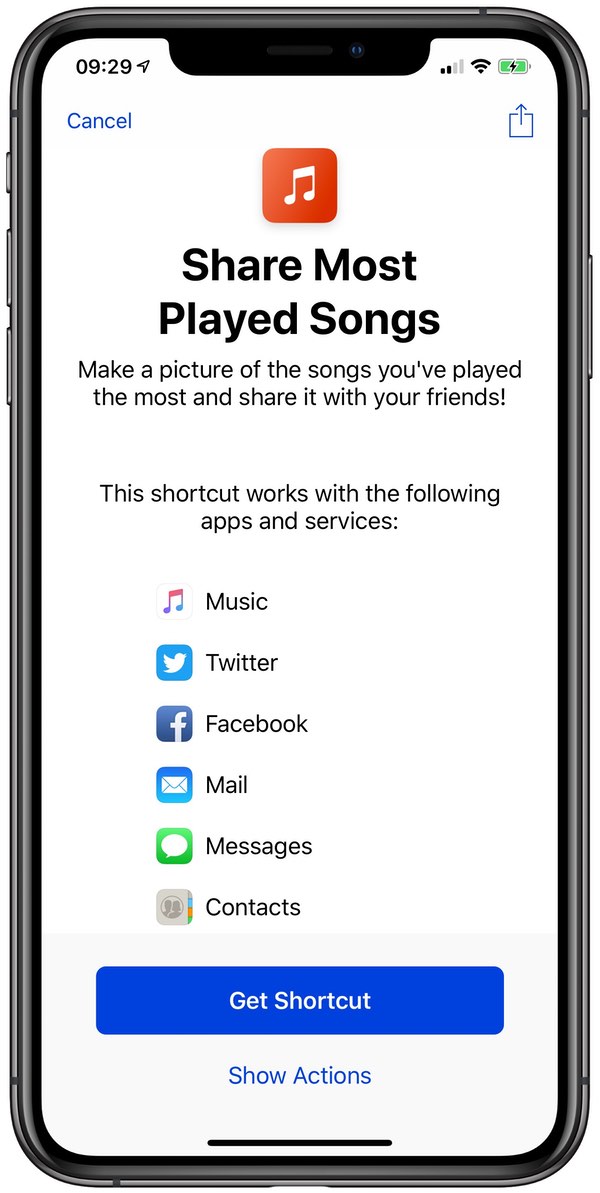 Tap Get Shortcut and it is added to your library. When you add shortcuts to your library, they sync across your devices via iCloud. If you want to know more about how a shortcut works, tap Show Actions. What you see below is just the beginning of the shortcut’s actions; scroll down to see that there are dozens of actions with embedded if-then statements and more. 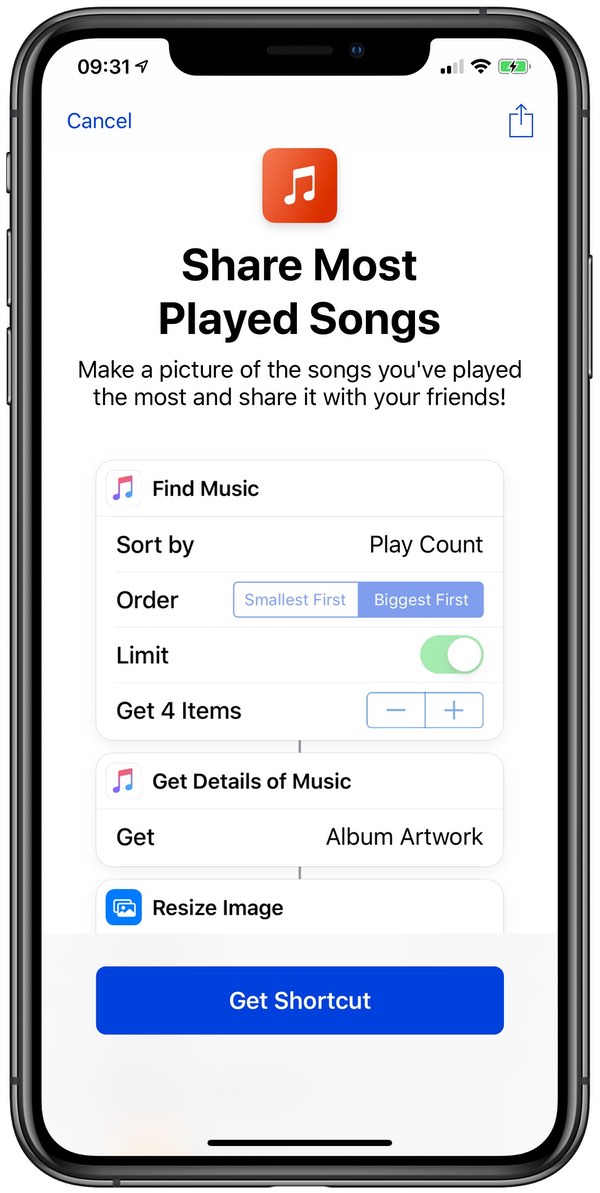 Looking at existing shortcuts is a good way to find out how to create your own, but I don’t expect most people will want to do this. This is programming and you need some basics in how programs are created to do more than just the simplest tasks. Apple has some guidance in its Shortcuts User Guide, but I don’t think they expect most people to create their own. Use the Gallery or MacStories Shortcuts Archive to find useful shortcuts. Many shortcuts in both locations depend on specific third-party apps such as OmniFocus, Evernote, etc., and if you use those apps you may find them useful.

Shortcuts are a very useful new feature in iOS and you should check them out. Unless you’re already familiar with coding – or scripting with AppleScript or Automator – you probably won’t make your own. But the presence of the Gallery and other archives means that you may find some nifty ways to save time through automation.