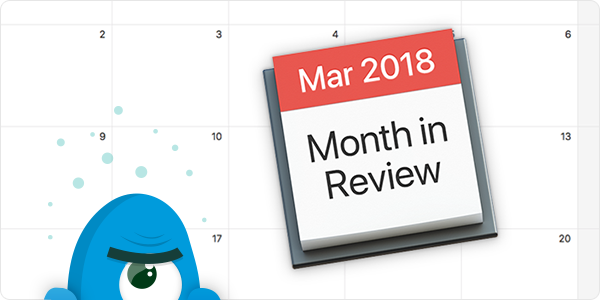 March was a fairly humbling month for Apple security. An app that employed questionable cryptocurrency mining slipped past Apple’s review process and made its way into the Mac App Store, the Mac was “pwned” again at this year’s Pwn2Own contest, and another major security goof related to APFS passwords was discovered in macOS High Sierra. Meanwhile, a QR code vulnerability in iOS remains un-patched.

Read on for more details.

In mid-March, an App Store app was caught doing something controversial: mining cryptocurrency on behalf of the app’s developer.

Evidently, several users of Qbix’s Calendar 2 app were surprised to learn that a recent app update had caused their Macs to start running more slowly and warmer than usual, and with loud fan noise. User reviews warned that the latest versions had embedded a cryptocurrency miner into the app—something which the program’s App Store description didn’t make clear.

There was some debate about whether an App Store app was allowed to mine for cryptocurrencies in this manner. Although Apple’s guidelines did not explicitly forbid mining, one could argue that the app’s mining behavior nevertheless may have implicitly violated some of Apple’s rules. As media and social media discussion of the controversy began to increase, Apple pulled the app from the App Store until the developer removed the mining functionality.

Be sure to check out our latest YouTube video, which demos Calendar 2’s undesirable behavior and shows how to identify whether an app is using a lot of processing power—a possible sign that cryptojacking might be happening in the background.

APFS is Apple’s new file system available in macOS High Sierra, and it was supposed to have been designed with security in mind. However, in a series of three blog posts (first, second, third), Edwards revealed that certain persistent, macOS system log files may contain—in unencrypted plaintext—the passwords with which users encrypted their APFS volumes. 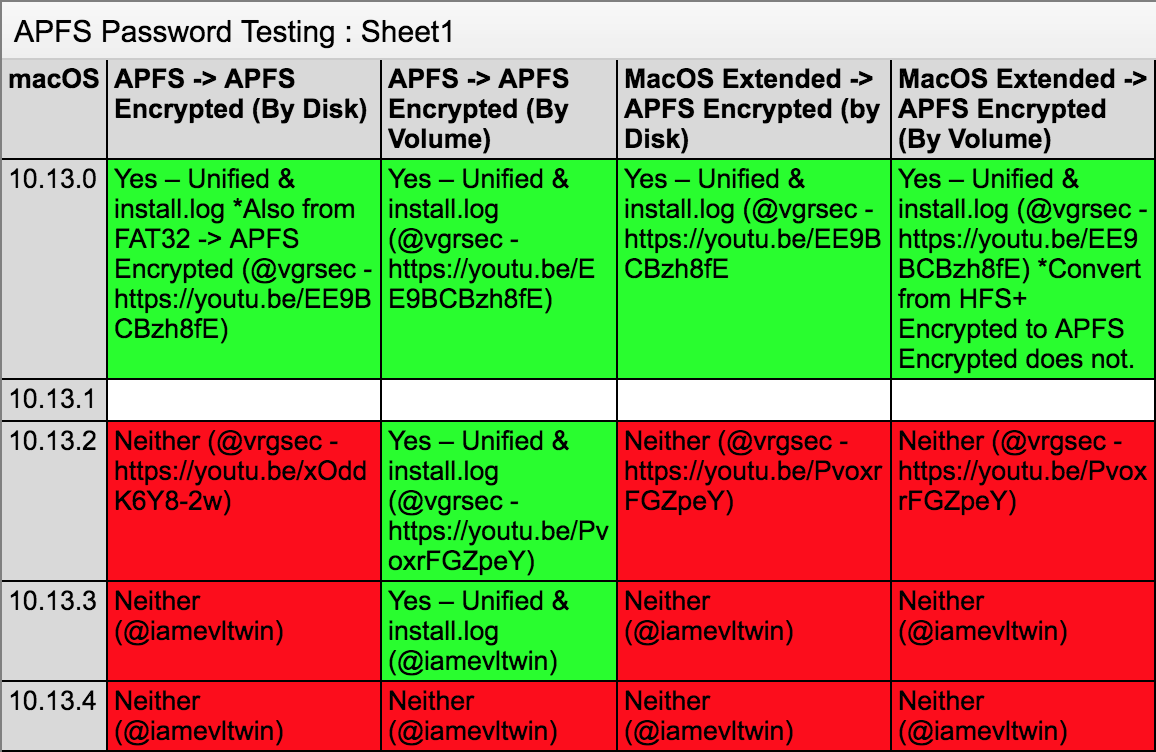 Thankfully, Apple seems to have resolved all of the known issues as of macOS High Sierra version 10.13.4, which was released at the end of March.

However, existing log files (or backups of those logs) could potentially still contain unencrypted APFS volume passwords. If you created any encrypted APFS volumes with a version of macOS High Sierra before 10.3.4, be sure to read Edwards’ articles to find out whether your Mac might be storing those passwords in plain text. Also check out Intego’s previous coverage:

You might recall that another security blunder related to APFS passwords was disclosed in September 2017, just two days after the first version of macOS High Sierra was released to the public.

This QR code appears to go to facebook.com, but actually goes to Mueller’s site, infosec.rm-it.de

Mueller found that by using a specially crafted URL, it’s possible to get iOS 11 to tell a user that it will go to an innocuous domain, for example apple.com, while actually redirecting the user to an entirely different domain—potentially a phishing page or other malicious site.

Below is an example video showing the vulnerability in action; the Camera app tells the user that the QR code leads to irs.gov, but it actually rickrolls the user instead.

As of iOS 11.3, Apple still has not fixed the vulnerability. A commenter on Mueller’s blog says that the bug has been fixed in the first beta of iOS 11.4, however. Until Apple patches the flaw for the general public, it’s probably best to avoid scanning QR codes with iOS 11’s built-in Camera app.

Each year at the CanSecWest security conference, the Pwn2Own competition is an opportunity for hackers to “pwn” (“own,” or compromise) various devices, including Macs.

For the second year in a row, Samuel Groß (@5aelo) successfully compromised a Mac, once again following up the hack with his trademark Touch Bar alert message boasting of his pwnage.

Success! Samuel Groß (@5aelo) manages to pop calc and brings back his trademark touchbar finesse. Now off to the disclosure room for confirmation and vendor notification. pic.twitter.com/REQh1kHBjB

The Mac and iOS updates include a new Data & Privacy icon that will be found in places where Apple asks to use your personal information. We discussed this feature in episode 26 of the Intego Mac Podcast.

In addition to operating system updates, Apple also patched security flaws in some of its other software. Vulnerabilities were mitigated in Safari 11.1 and Xcode 9.3 for Mac, and iTunes 12.7.4 for Windows and iCloud for Windows 7.4.

There were other notable goings-on in the security world in March. Some highlights:

We’ll soon be covering RSA Conference, which runs from April 16–20 in San Francisco.

Subscribe to The Mac Security Blog for our coverage of the event, and to stay informed about Apple security throughout each month.

Last but not least, be sure to subscribe to the Intego YouTube channel to get informative video updates, and click on YouTube’s bell icon (?) so you’ll get notified when each new episode is available.