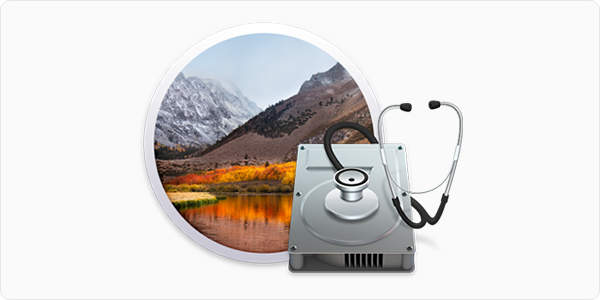 Your Mac is full of files, in fact, millions of them. You don’t need to know about most of them, because part of the operating system, called the file system, manages these files. The file system handles how files are written, read, copied, and deleted, all in the background. The file system also creates and stores a catalog of all the files on your computer, so the Finder and your apps can find files when they need them.

With macOS High Sierra, Apple has introduced a new file system called APFS (Apple File System). In this article, I’ll introduce you to this file system, and tell you a bit about how it’s different from the previous file system. I’ll also warn you about some issues that may be problematic as you negotiate this change.

Apple has been using the HFS+ file system, and its predecessor HFS, for more than 30 years. As computers have changed, there has been a need to update the way the file system works. These older file systems were designed for smaller disks — even floppy disks — with fewer and smaller files. In addition, the speed of SSDs and modern processors means that the file system has to be faster to keep up with your computer operations.

Apple has already rolled out APFS to hundreds of millions of devices: your iPhone and iPad. When iOS 10 was released, APFS was included, and the upgrade was, for the most part, seamless. Of course, the way you use files on an iOS device is different; you don’t have the same options for creating, moving, or deleting files that you do on a Mac.

Which types of disks can use APFS?

macOS High Sierra will upgrade your startup drive to APFS by default if you are using an SSD or hard drive. However, it is not currently ready for Fusion drives, so if you’re using a Mac with one of these, you won’t be upgraded. Apple should release an update to High Sierra in the near future that supports Fusion drives.

You can upgrade any external SSD or hard drive to APFS using Disk Utility. But there’s no real reason to do this. There’s no major benefit to having APFS on a hard drive (its benefits are, for now, mostly for SSDs), and you won’t be able to mount that drive on a Mac that’s not running macOS Sierra or later. If all your Macs are up to date, and you don’t plan on using those drives on other computers, then you could make the upgrade, but you should be sure that you won’t need access on a different Mac. 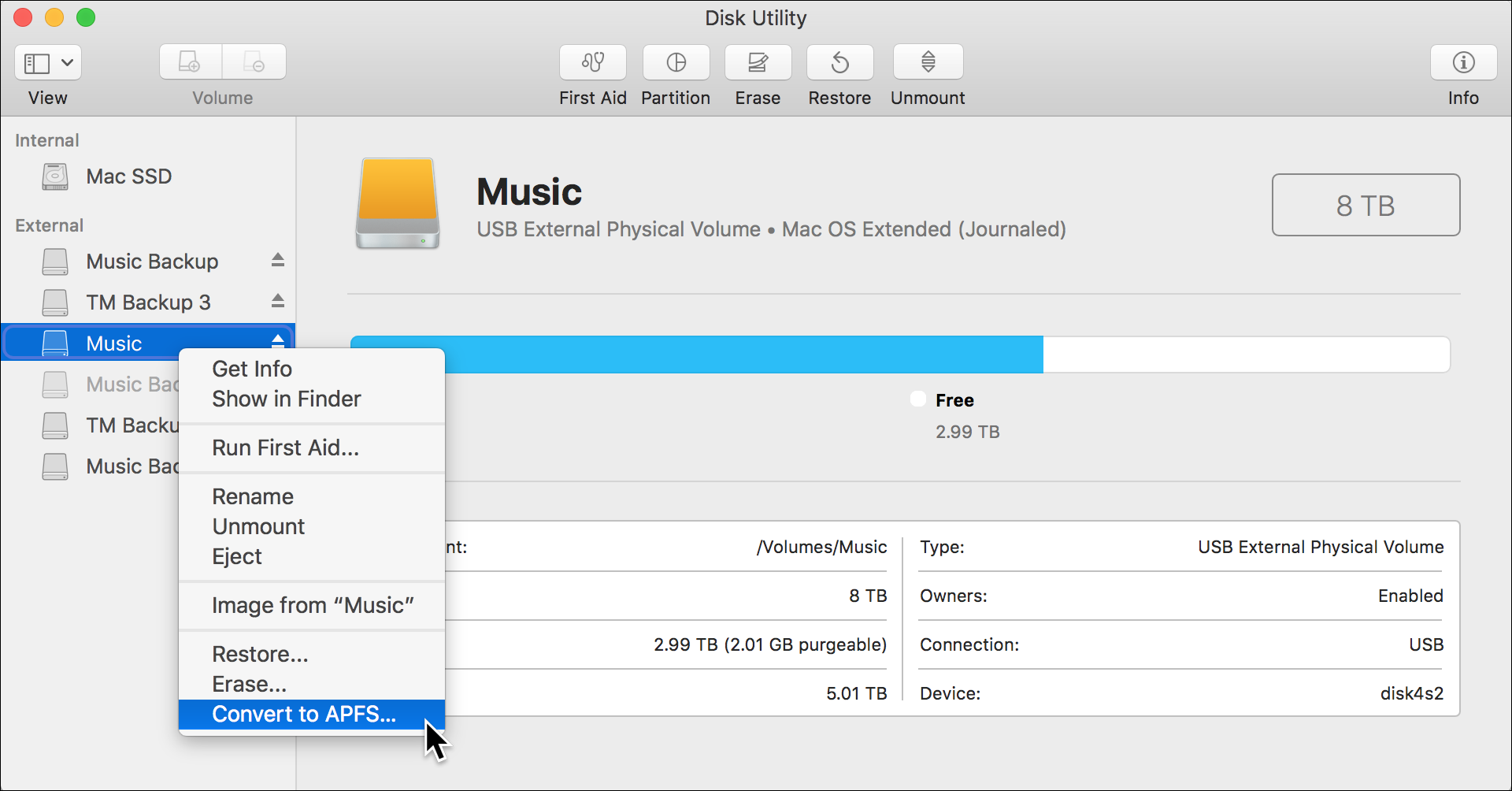 Which types of disks can an APFS Mac read?

How safe is my data with APFS?

Security is one of the key elements of APFS, and it manifests in several ways. First, the file system offers encryption at the file system level, not the disk level as it was previously. (This may seem like a moot point, but it means than encryption is more robust.) Use FileVault to ensure that your data is protected.

APFS can also make “snapshots” of your drive, which record the state of all its files at any given time. They are very efficient, since they start with a basic list of files, then each subsequent snapshots records only what has changed (this is similar to the way Time Machine backs up your files).

APFS also has features that improve the integrity of your data, preventing it from corruption caused by hardware (such as bad disk sectors), or crashes. Apple says:

To protect data from hardware errors, all Flash/SSD and hard disk drives used in Apple products use Error Correcting Code (ECC). ECC checks for transmission errors, and when necessary, corrects on the fly. Apple File System uses a unique copy-on-write scheme to protect against data loss that can occur during a crash or loss of power. And to further ensure data integrity, Apple File System uses the Fletcher’s checksum algorithm for metadata operations.

Can I copy data from APFS drives to other disks?

Yes, the operating system converts the data from the drives to files, and the other disks’ file systems write them. You can back up your files, either with Time Machine, or with Intego Personal Backup, to drives that aren’t using APFS. And if you need to restore the backups, the copy process handles this.

Think of the file system as a way of organizing files; it doesn’t affect the data in the files themselves, but rather how they are written and stored. It’s as if you moved a bunch of books from one bookcase to another; you can rearrange them, or organize them on the same shelves, and the books will be exactly as they were before.

You can also share APFS formatted disks on a network; again, it’s the operating system that reads the data and converts it to files that other computers or operating systems can read.

What about Disk Utilities and Backup apps?

Disk utilities, such as those that perform maintenance operations, will need to be updated to support APFS. If you use a utility like this, check for an update or contact the vendor.

As for backup apps, they won’t need any special updates to support APFS. All the translation occurs in the operating system, and apps that manipulate files just use standard frameworks to read and write files. So any backup app you use, such as Intego Personal Backup, will work without any update (though some apps may need to be updated for compatibility with macOS High Sierra).