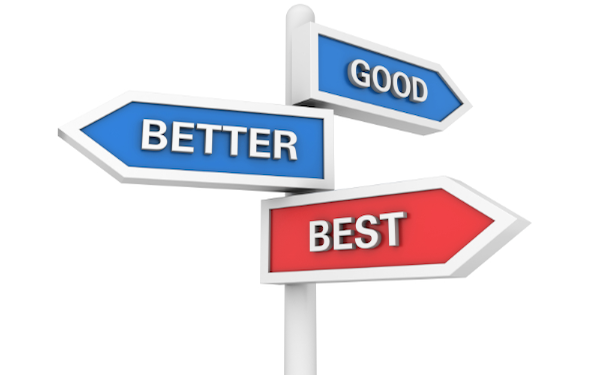 The Safe Mac has published the results of a comprehensive Mac antivirus malware detection test that compared the performance of 22 different antivirus programs. Can you guess which anti-virus software performed best by percentage of malware detected? For the second year in a row of testing by Thomas Reed, we can proudly say that Intego VirusBarrier is the clear winner.

The full malware scan results can be viewed here as a PDF file. These 2014 test results reinforce what we learned a few months ago when Intego VirusBarrier earned the #1 spot in another independent malware detection test performed by Jay at Security Spread.

Over at The Safe Mac, Reed concluded the following based on his Mac antivirus testing:

Although it is important to keep in mind that this is only one measure of the quality of each of the tested anti-virus engines, it is not an unimportant one. Obviously, although it is not feasible for any anti-virus software to detect 100% of all malware, a good engine should be capable of coming as close to that number as possible. This is especially true in the Mac world, where the limited number of malware families means that detection rates of very close to 100% should be possible. As expected, some engines did indeed perform to that standard.

In Reed’s test, a group of 188 samples, from 39 different malware families, was used for testing. In terms of replicating a level playing field between the products, Reed removed all items from their archives, and the archives were discarded; some anti-virus programs check inside archives and some will not. While Intego VirusBarrier includes the feature to scan archives, the feature-sets on the 22 different products Reed chose to test, some of which are free and some for-pay, will naturally be different – free products are generally less feature-rich than paid products.

As Reed mentioned in the scope of his testing, his test is a measure only of the detection of specific malware samples when performing a manual scan. Reed noted, “In a way, this test is merely a probe to see what items are included in the database of signatures recognized by each anti-virus app.” However, his method of testing maintained, “each anti-virus app had any real-time or on-access scanning disabled,” which is how detection would happen in most real-world situations.

MORE: That Anti-Virus Test You Read Might Not Be Accurate, and Here’s Why

Reed’s testing took multiple days, and was done in virtual machines (VM) in Parallels Desktop 9.0.24172.951362. He started with virtual machines that consisted of a clean Mac OS X 10.9.1 installation (with Chrome and Firefox also installed), and then installed each anti-virus app in that VM and updated the virus definitions (where possible). “The end result was a series of VMs, each containing a fully up-to-date anti-virus app, frozen at some time on January 16,” Reed explained. Once the malware was in place, scans commenced.

The results show that Intego VirusBarrier is the clear winner. Out of 188 samples tested against 22 Mac antivirus applications, under Reed’s method of testing, VirusBarrier detected 187 of the samples (99-percent). However, due to his method of testing, which meant disabling VirusBarrier’s archive and hack tools scanning features in order to put all antivirus apps “on a level playing field,” our software only appears to have missed a BlackHole RAT client (the hack tool, not the threat). It turns out, once these features are enabled, VirusBarrier detects the missed sample. So goes it.

Those of us in the anti-virus industry genuinely want to continue making a better product, and for better or worse, we feel independent testing is a good way to help us ensure that VirusBarrier remains the best antivirus for Mac. When such tests validate our hard work, we’re thrilled to share the good news, especially when many programs are compared. It shows that Intego Mac Internet Security, which comes bundled with VirusBarrier and NetBarrier, really is the best way protect your Mac and your valuable information on it.

When you need to protect your digital life from malware and keep your Mac safe from other online threats, we’re proud to say the choice is obvious: You need a program that’s proven time and time again that it has the best results detecting Mac malware. Mac users can download our top ranked antivirus product, Intego Mac Internet Security, to keep your Mac safe from the dangers of the Internet.