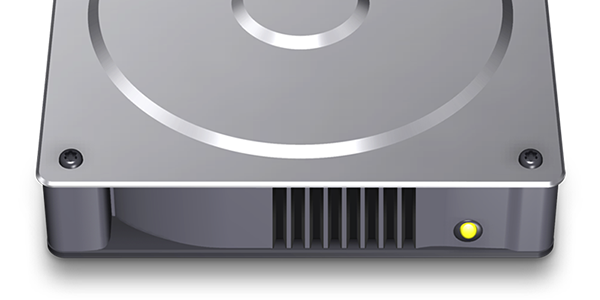 If you want to protect files on your Mac, on an external drive, or even in the cloud, it’s a good idea to encrypt them. You don’t need any special software to do this; your Mac already contains the app you need. Apple’s Disk Utility lets you create an encrypted disk image that you can use to store sensitive files that no one, not even the NSA, can get at.

We recently discussed how to use Disk Utility to manage disks and volumes. One of this app’s powerful features is the ability to make disk images, with or without encryption. To do this, start by opening Disk Utility — you’ll find this app in the Utilities folder in your Applications folder (go to Finder > Applications > Utilities).

You have two options for creating encrypted disk images: you can either create a new, empty disk image, or you can have Disk Utility make a disk image of a folder, such as one containing files that you want to archive. In this article, you will learn both ways how to encrypt disk images to protect files with Disk Utility.

How to create a new encrypted disk image

Let’s start by creating a new blank disk image. Choose File > New Image > Blank Image, or press Command-N. As you can see in the screenshot below, you have a number of options for creating your disk image. 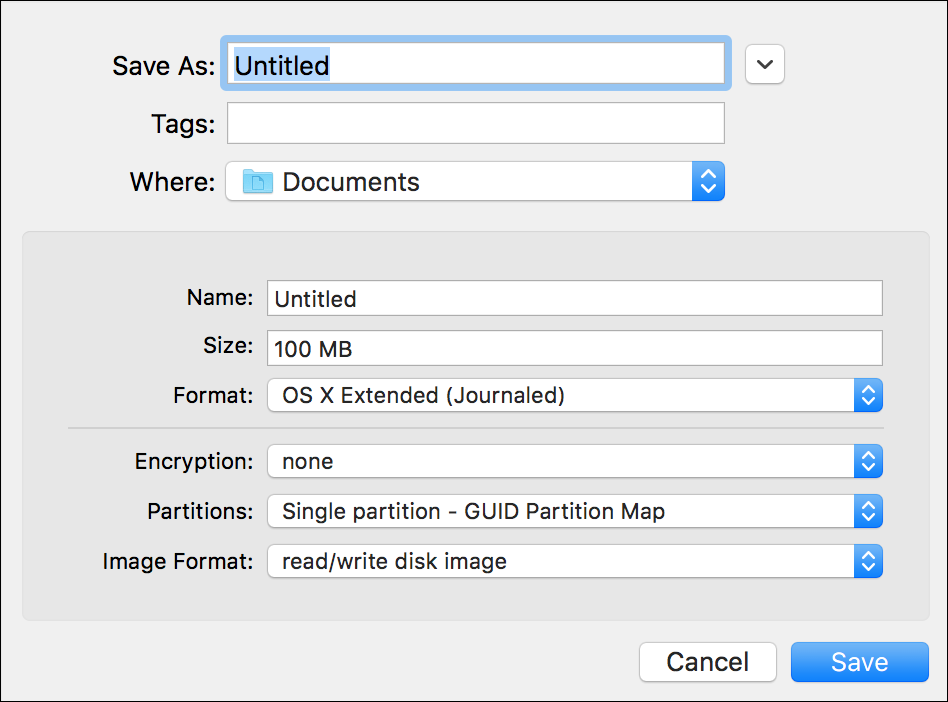 Next, click the Encryption menu and choose either 128-bit or 256-bit encryption. The latter is twice as strong, but may require a bit more processing power. Given the speed of today’s Macs, you are better off choosing 256-bit encryption. Disk Utility will ask you to enter a password. Make sure you remember this password; you will be able to add it to your keychain later.

Click Save, and Disk Utility writes the disk image to the selected location. If you have created a very large disk image, this may take several minutes. When this operation is completed, Disk Utility will alert you.

Now, go to the Finder, and double-click your disk image. The file looks like this and has the extension .dmg:

How to create a disk image from an existing folder

As mentioned earlier, you have two options for creating encrypted disk images. The second is to take an existing folder and convert it into a disk image. To do this, put the files you want to protect in a folder somewhere in the Finder; then, in Disk Utility, choose File > New Image > Image from Folder. Disk Utility asks you to select the folder, and then you go through the same process described above, choosing a name, size, format, and so forth.

There are fewer options available when you create a disk image from a folder. You get the same encryption options, but the image format options are different. Disk Utility knows how big the folder is, and you cannot create a sparse image, so creating a disk image from a folder is less flexible. You should only do this if you plan to archive files and never want to add any files to the disk image. Choose either Compressed or Read/Write for the image format.

Once you’ve done this, you’ve got an uncrackable way to store files. Copy them to another drive or computer, put them in the cloud, or just leave them on your Mac. Your secrets will be safe.