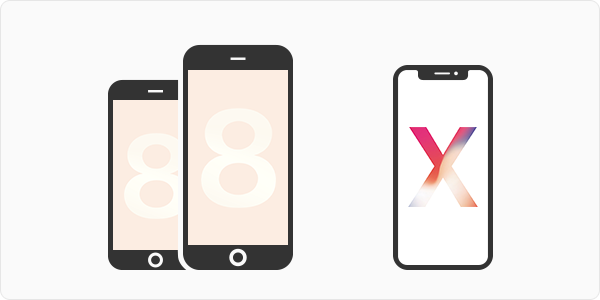 We have become used to Apple releasing a new iPhone every year in the fall. Come September, Apple holds a special event presenting its new operating systems — for both iOS and Mac OS — and giving us a bright, colorful commercial for its latest pocket computer.

This year, however, Apple didn’t just introduce one new phone; they presented two new models. While these two iPhones are very similar, they hold some very important differences. Here’s a look at the difference between the iPhone 8 and the iPhone X.

A New Type of iPhone: the iPhone X

For several years, Apple has had a number of iPhones in its product line. It generally sells the newest model next to discounted previous year’s model. About 18 months ago, the company also began selling the iPhone SE, a model with the form factor of earlier devices. (And the only iPhone that is truly easy to use with one hand.)

This year, Apple introduced a completely new type of iPhone: the iPhone X. This device has a display that is nearly edge-to-edge. With a size between that of the standard iPhone and the Plus model, this new phone offers a screen slightly larger in diagonal than that of the iPhone Plus, but in a form factor just marginally larger than the smaller model.

The regular iPhone 8 has a 4.7 inch display, while the iPhone 8 Plus has a 5.5 inch display. The iPhone X has a 5.8 inch “super retina HD” display. It offers a resolution of 458 ppi (pixels per inch), compared to 401 ppi for the iPhone 8 Plus, and 326 ppi for the iPhone 8. You most likely won’t notice the difference unless you have very good eyesight and look at the screen from a very close distance. As Apple began touting some years ago, a “retina display” is a resolution such that you cannot see the individual pixels at normal viewing distance.

The biggest new feature in the iPhone X is Face ID. Since the phone does not have a home button, Face ID is designed to let you unlock the device and authenticate using facial recognition. Some people may find this a bit clunky to get used to, but since many people have trouble using Touch ID, it may prove to be more reliable. If your hands are even a bit sweaty, Touch ID usually doesn’t work. Apple has also said that the chances of a random person unlocking a phone using Face ID are one in a million, compared to one in 50,000 for Touch ID.

To house the cameras and sensors necessary for Face ID — both standard and infrared cameras, so it can work in the dark — the iPhone X’s display has a surprising feature: a large notch at the top. This is already proven to be a controversial design choice, and some developers are uncomfortable with the idea of having to work around this empty space. But as Marco Arment pointed out in a blog post, “This is the new shape of the iPhone. […] It’s probably not going to significantly change for a long time.”

The iPhone X also comes with an HDR OLED display. HDR, or high dynamic range, is a feature you may be familiar with on TVs or in photography. When talking about light, the dynamic range is the number of steps between the darkest and the lightest possible pixels. A high dynamic range allows the display to better show images — photos and films — where there is a great deal of contrast. You may not notice this easily in photos on the iPhone, but if you watch HDR movies on the iPhone X, they will look brighter and more alive than on another device. This is the first Apple mobile device with an HDR display; even the recent iPad Pro models do not have this. And OLED, or organic light-emitting diode, offers much higher contrast and uses less power, helping make batteries last longer.

Finally, the iPhone X has a gadgety new feature: Animoji. These are animated emoji that mimic your facial expressions using the front facing camera. 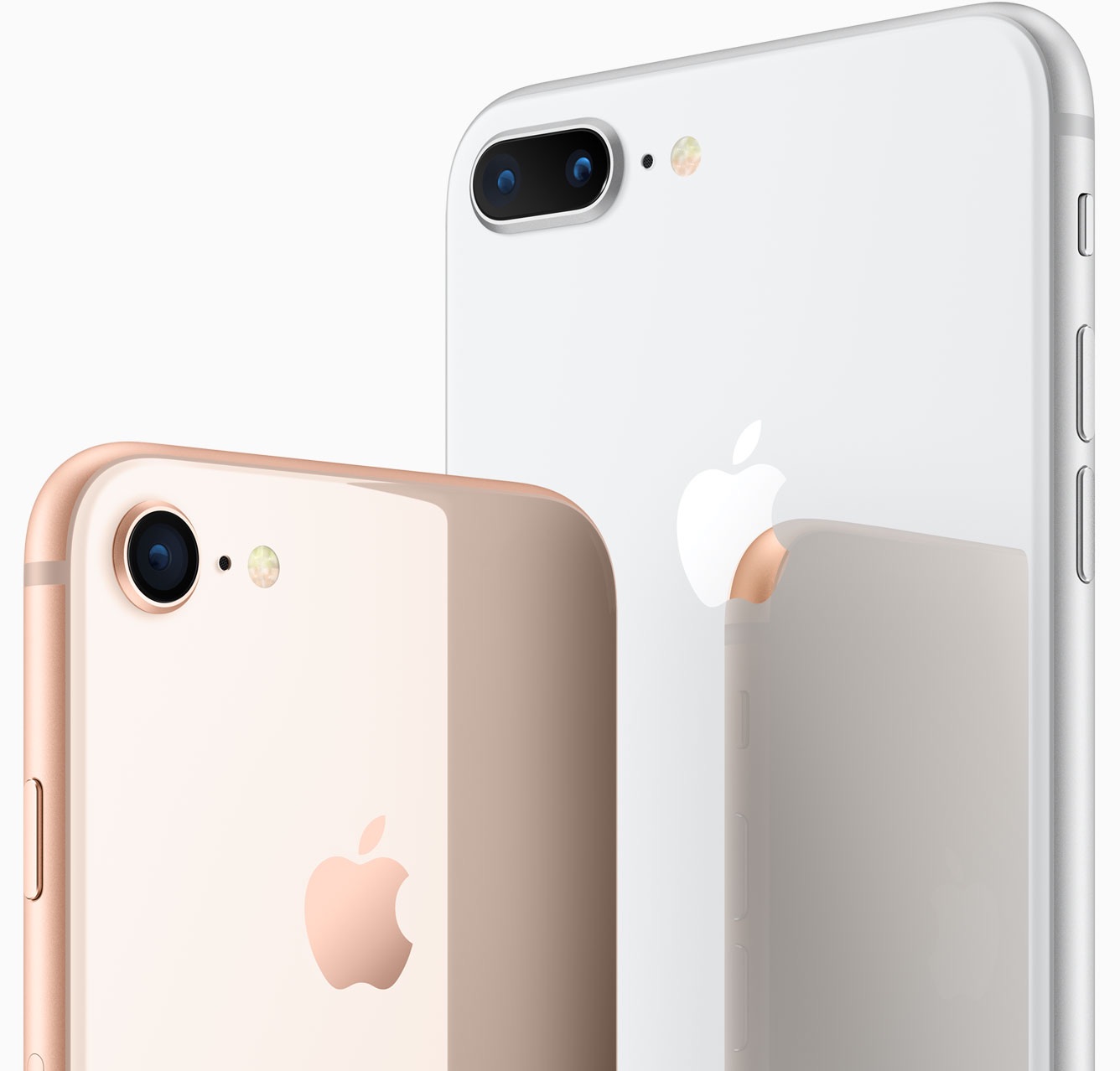 In the past couple of versions of the iPhone, there has been a very important difference between the cameras on the regular size model and the Plus version. As in the previous models, the iPhone 8 Plus has dual cameras: one wide-angle and one telephoto. The iPhone X also has this dual camera system, with a slightly faster telephoto camera (f 2.4 vs. f 2.8), and even has optical image stabilization for both cameras (this is only available for the wide-angle camera on the iPhone 8 Plus; it is also available on the iPhone 8 for this single wide angle camera). The iPhone 8 Plus and iPhone X, thanks to the dual camera system, offer portrait mode, and Apple’s new portrait lighting feature, which allows you to choose various lighting effects for portraits. Initially shipping as a beta feature, this will be refined in the coming months.

Other Similarities and Differences

All three new iPhone models share some commonalities. They use Apple’s new A11 Bionic processor, a chip optimized for augmented reality. They all offer “wireless” charging; this means they will charge without being plugged in on a Qi-compatible wireless charging pad. And all three use Apple’s True Tone display, which adjusts the screen’s color temperature according to ambient lighting.

Surprisingly, after a period where Apple offered four colors of iPhones, the iPhone 8 only comes in three colors — silver, gold, and space gray — and the iPhone X is only available in silver and space gray.

It’s clear that Apple is counting on the new technologies in the iPhone X to be market drivers. In fact, when the iPhone 8 and 8 Plus went on sale, there was not the usual frenzy leading to long delays announced for the device to ship. It’s almost as though many of the most fervent iPhone fans have put off their upgrade until next month, when the iPhone X goes on sale. We’ll see in a few weeks if it’s as successful as Apple hopes.

In the meantime, if you want the latest features, wait for the iPhone X. You’ll be paying a premium, but you’ll truly be on the bleeding edge. If you just want a solid upgrade to an existing iPhone, of any generation, the iPhone 8 and 8 Plus are excellent devices, continuing the gradual improvements that Apple has been making to the iPhone line over the years.

Thinking about getting the new iPhone 8 or iPhone X? Which do you prefer and why? Did Apple forget a feature you’d like to see in the future? Drop us a comment below!