Following the appearance of a new Leverage trojan, Apple has issued an update to its Xprotect malware definitions. This update detects this new variant, which Apple calls OSX.Leverage.a. 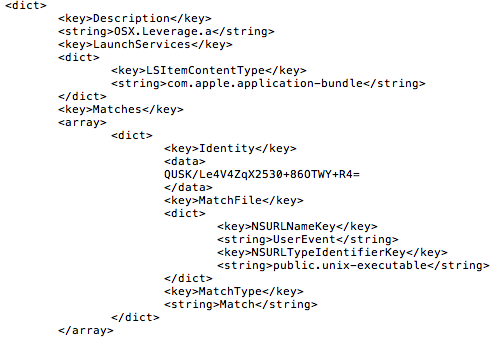 Intego VirusBarrier with current virus definitions protects Mac users against this malware, detected as OSX/Leverage.A. In addition, VirusBarrier can detect malware downloaded via any application, while Apple’s XProtect system only functions with files downloaded by certain programs, notably Apple software such as Safari, Mail and iChat. As it’s not yet known how this trojan is sent, this may or may not be helpful in preventing it from getting onto your machine.