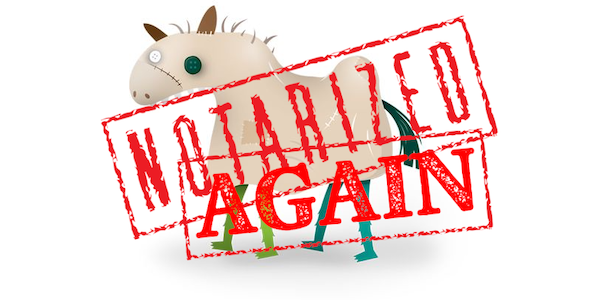 For the second time in six weeks, Apple has been caught notarizing Mac malware.

This time, rather than the notarized malware belonging to the OSX/Shlayer and OSX/Bundlore families, the latest malware is from the OSX/MacOffers (aka MaxOfferDeal) family.

All of the half-dozen samples of Trojan disk image (.dmg) files, as well as the malware’s first-stage Trojan application, had a 0% detection rate on VirusTotal when they were first uploaded between October 6 and 13. Meanwhile, a sample of the second-stage malicious payload was only detected by 4 out of 60 antivirus engines on VirusTotal as of October 12.

The new malware uses a technique called steganography to hide its malicious payload within a separate JPEG image file, which is likely why the malware was able to slip past Apple’s notarization process.

Why is notarized malware noteworthy?

Mac software developers submit apps to the Apple notary service, and Apple runs automated scans to check for malicious content. If the software appears to be malware-free, then Apple automatically notarizes it.

When Apple notarizes an app, it’s much easier for users to run the app on macOS Mojave, macOS Catalina, and the upcoming macOS Big Sur. (One can double-click on a notarized app to open it. However, one must control-click or right-click to open non-notarized apps.)

The discovery of this malware marks the second time that Apple is known to have notarized Mac malware samples; the first known incident was discovered several weeks earlier, in late August.

How does this malware use steganography?

Steganography is the ancient technique of stealthily hiding secret information inside something in plain sight. In this case, the application bundle found on the disk image contains a JPEG graphic file that seems innocuous to the naked eye. However, the JPEG contains a Base64-encoded .zip archive file that contains another malicious app. 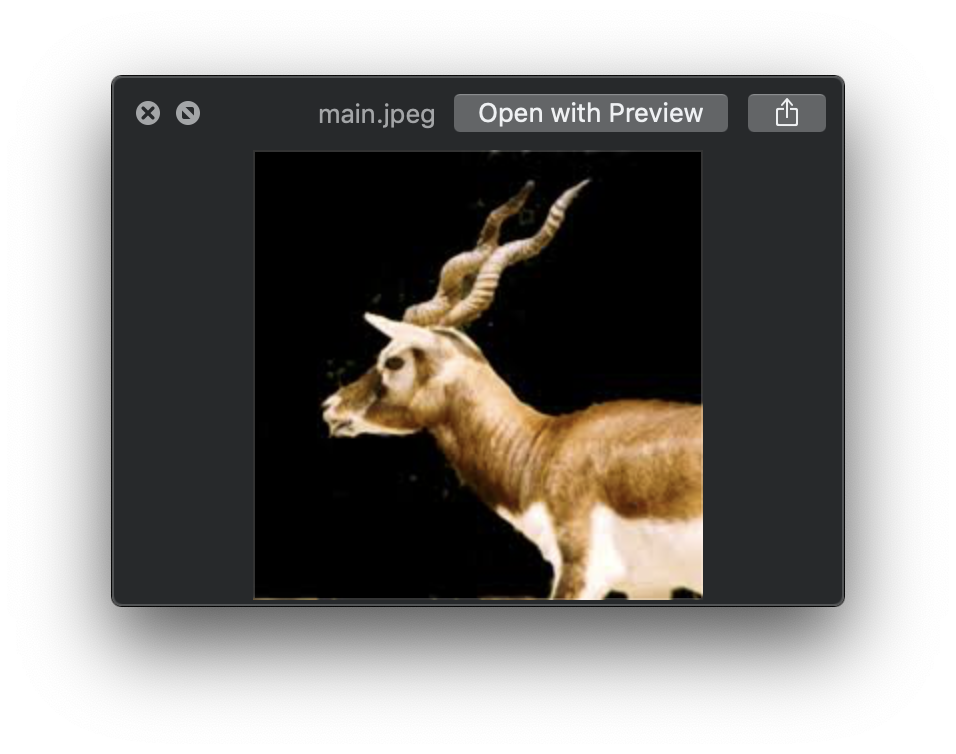 A JPEG image file within the app bundle steganographically hides a malicious payload.

We’ve observed steganography used before in Mac malware. Notable examples include the VeryMal Shlayer campaign in 2019 and the MacDefender fake antivirus family in 2011.

How was the malware distributed?

This latest malware threat has been observed in the wild.

“Cracked software” refers to software that has been modified to remove registration requirements or other restrictions that limit software functionality. Malware makers sometimes try to exploit the naïveté of people who seek to obtain commercial software without paying for it.

Why BitTorrent Sites Are a Malware Cesspool

As is typical of most Mac malware these days, the latest OSX/MacOffers variant disguises itself as an Adobe Flash Player installer. 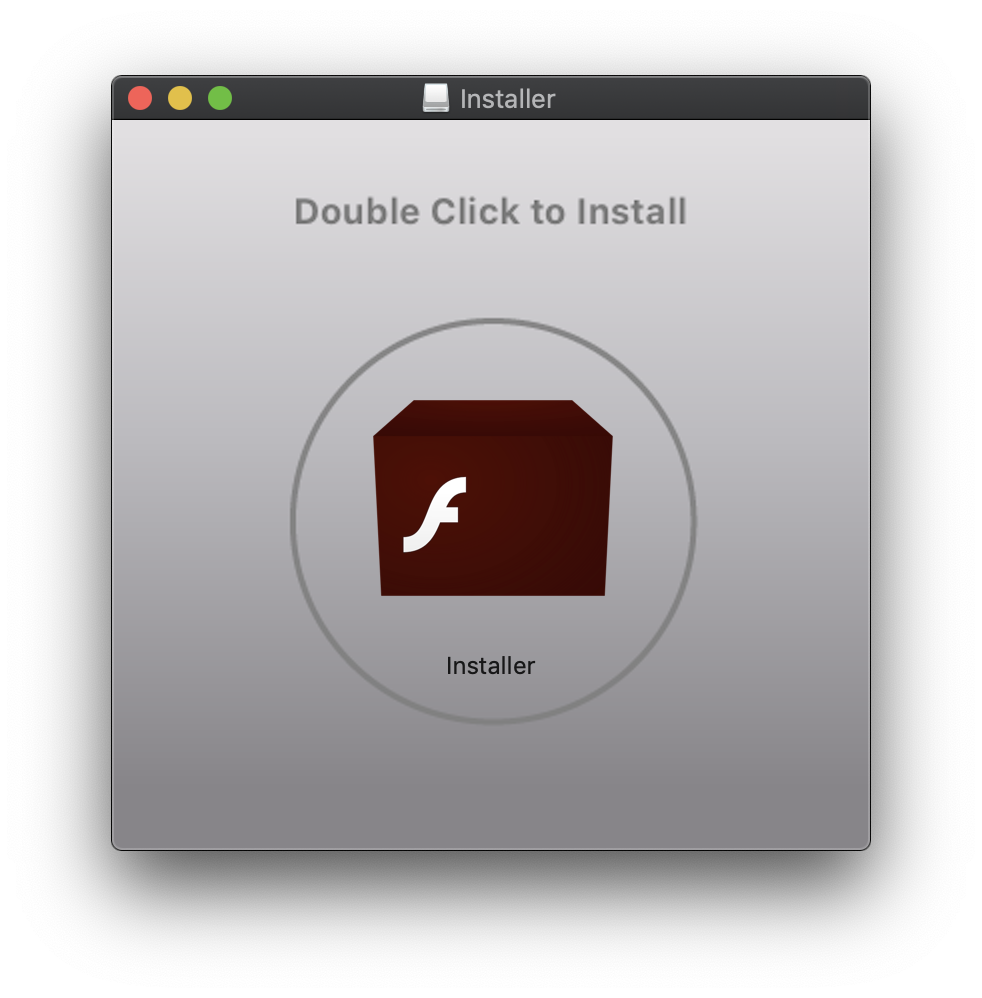 In 2020, nobody should believe any site that prompts them to download or update Flash. Adobe plans to discontinue security updates for the real Flash Player at the end of this year. Most browsers have already dropped support for Flash Player or disable it by default. Unfortunately, most end users are probably unaware of these facts, given that malware makers seem to still find success with fake Flash installers.

Until sometime within the next couple months, Google Chrome will continue to have its own built-in version of Flash that updates automatically along with the browser itself, so if you need to access sites with Flash content, you can still use Chrome for now. Never install Flash Player if you’re prompted to; it’s a telltale sign of malware.

How can one stay safe from notarized malware?

In this case, Apple revoked the malware developer’s known certificate on or around October 12. This should help prevent new infections of the samples that have been found so far.

Thankfully, we’ve got you covered. Intego VirusBarrier X9, included with Intego’s Mac Premium Bundle X9, can protect against, detect, and eliminate this malware.

Note: Customers running VirusBarrier X8, X7, or X6 on older versions of Mac OS X are also protected. It is best to upgrade to the latest version of VirusBarrier and macOS if possible to ensure your Mac gets all the latest security updates from Apple.

Following are some specific ways to identify whether a Mac may have been infected by this OSX/MacOffers campaign.

This malware has been observed using the generic-sounding filename “Player.dmg” for the initial infection phase. The existence of a file with that exact name in the ~/Downloads folder may be a possible sign of infection.

The malicious installer app uses a Bundle ID that does not follow expected patterns. Normally an app’s bundle identifier uses reverse domain name notation, for example com.apple.Safari or org.mozilla.firefox. However, this malware’s Bundle ID is:

The copyright info for the first-stage Trojan horse identifies the company as “someorg.”

Apple has since revoked the Developer ID that was used for signing and requesting notarization of this malware. The developer name and Team ID of the revoked dev account is:

The following SHA-256 file hashes belong to known OSX/MacOffers files associated with this malware campaign. All of these samples are available to registered VirusTotal users with malware researcher accounts.

The following domain has been observed distributing this malware, and is also found in a hidden .Info.plist file on the mounted disk images:

Any recent network traffic to or from this domain should be considered a possible sign of an infection.

We discussed the latest Apple-notarized malware (as well as two malware families recently ported  to Mac) on episode 158 of the Intego Mac Podcast. Be sure to subscribe to make sure you don’t miss any episodes. You’ll also want to subscribe to our e-mail newsletter and keep an eye here on The Mac Security Blog for the latest Apple security and privacy news.

In addition to Intego’s malware analysis team, the author would like to thank Matt Muir for sharing details with us about his malware discovery, and Thomas Reed for additional contributions to this research.