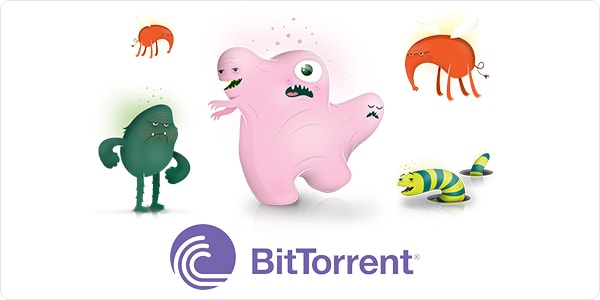 Often when people hear “BitTorrent,” they assume it’s illegal and dangerous. While it can be used as a perfectly legitimate system for sharing files, syncing files, and messaging—in fact, I use it myself every day—BitTorrent sites in general have a bad rap, but why is that? One word: Malware.

A lot of apps available through BitTorrent websites are paid products that have either been cracked or that come with a crack that turns it into a fully functional application, without having to pay a penny. “Cracked” software means it has been modified to bypass the registration process or unlock paid-only functionality, so it can be used without paying anything for it. In many cases, demo or trial versions of apps are cracked, so they are extended indefinitely, and the licensing process is cracked to accept any details as valid, or the software may come with a key generator that spits out a name and password that can be used to unlock it.

These cracks, patches, and key generators are also more often than not the source of malware and, in some cases, the software itself has been modified to deliver malware.

Is BitTorrent safe to use?

The short answer is that the BitTorrent program itself is relatively safe, but like any software that connects to the Internet, it is susceptible to attacks. However, do not confuse the safety of peer-to-peer programs like BitTorrent with the files that are shared through those programs. These files are the real threat. But are some of them safe?

How safe are files shared through BitTorrent?

To find out the risks of BitTorrent and whether or not files shared through the program are as bad as its reputation is made out to be, I browsed a few BitTorrent sites and downloaded the popular software they had available (strictly for testing purposes, all of which I promptly deleted after testing).

Malware like SilverInstaller, and ransomware like KeyRanger and Patcher must be the rare exception. So I took it upon myself to find out, and here’s what I discovered.

After pulling in several gigabytes of software shared through BitTorrent, I fired up Intego VirusBarrier and let it loose on the Downloads folder. The results were shocking.

Every crack, patch and key generator included in these downloads was flagged!

Here is a screenshot showing just a small part of the results: 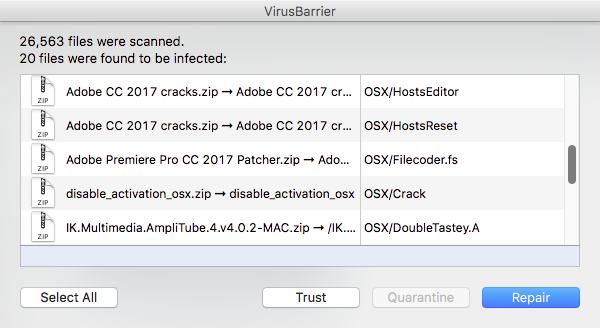 And it’s not just the downloaded software from BitTorrent that poses a risk, the torrent websites themselves try very hard to get extra stuff installed on your system as well. Most time spent on those websites is spent fighting off pop-ups and redirects, each presenting you with tons of fake Flash Player update alerts, scare tactics and more.

Just a few examples of the things that popped up can be seen in the graphic below: 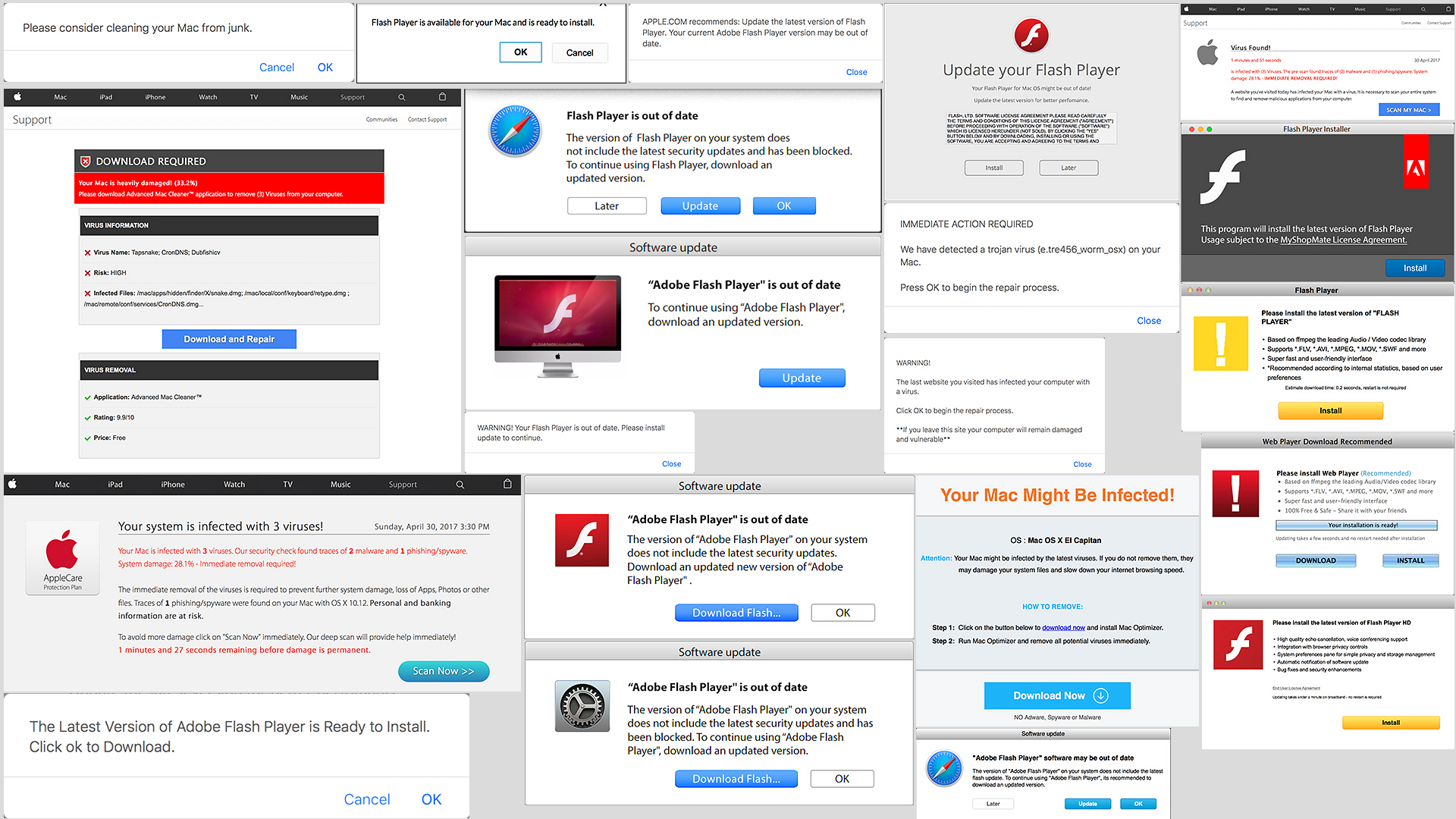 Merely two minutes torrenting lands you in a malware cesspool.

This is just what popped up after merely two minutes of browsing torrent sites, not including duplicates! It’s exhausting, and it certainly makes you wonder how people get around to downloading anything at all from these sites. Seriously.

Each and every cracked software shared on BitTorrent will download malware to your Mac, if clicked. A quick sampling showed several Bundlore, Genieo, AMC installers, and even the recently covered SilverInstaller popped up. Quite a few PUA’s also popping up. Each of these sites also asked me to activate Flash Player in my browser, no doubt looking for vulnerabilities to exploit. 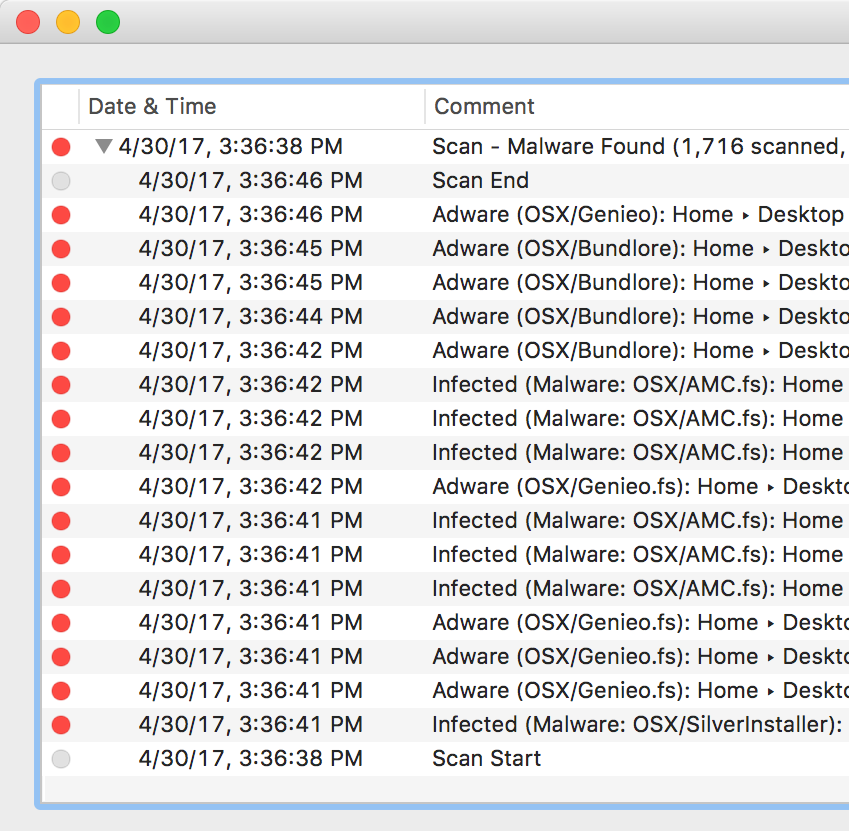 Some of these fake warnings and messages look better than others. All it takes is one to successfully trick a user into installing it, and malware will be brought onto the system.

The good, bad, and ugly of BitTorrent downloads

There are good reasons for using BitTorrent, as mentioned at the beginning of this article, but the bad news is it is by far mostly used for the downloading of illegal software, TV shows and games. Both the websites that offer up this content and the content itself are a major risk to the security of your Mac and your data.

Furthermore, your Internet service provider may also disconnect you if they see that you’re downloading illegal software. The ugly truth is you could even get sued by the developer of the software or producer of the show/movie/music. Trust me, they keep a close eye on these downloads to see exactly who is infringing on their copyright.

So is it worth the risk? You decide. But take heed: Every user should take extra precautions when using BitTorrent sites. Do you have a different opinion or perhaps a BitTorrent horror story of your own? Drop us a comment below!

As for the test software I downloaded from BitTorrent: