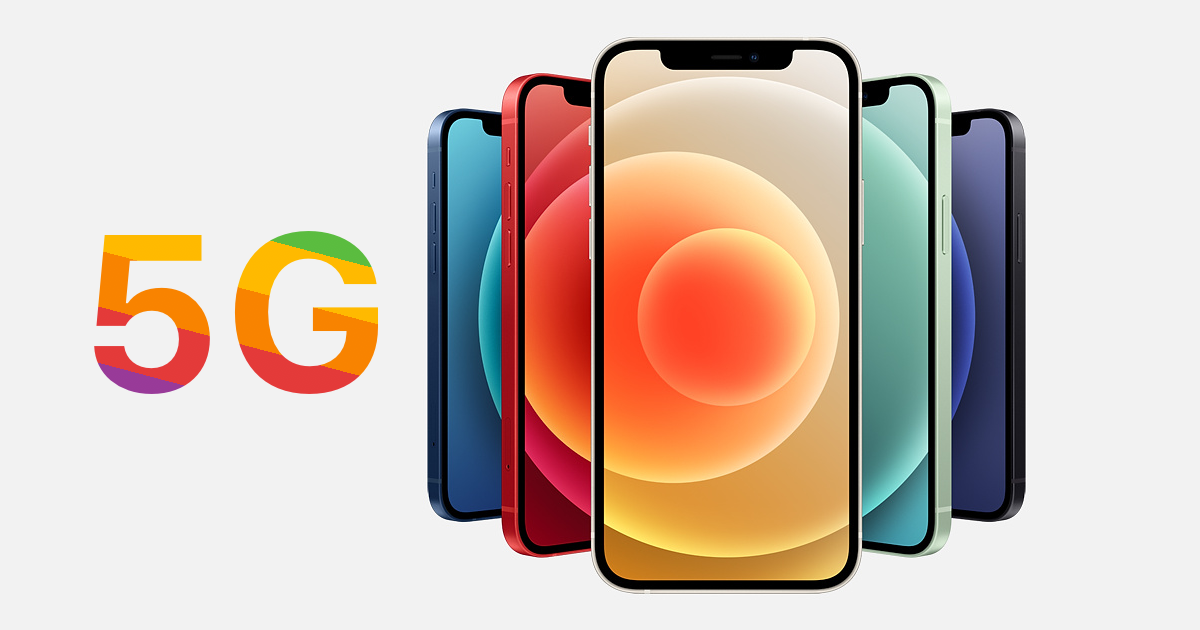 While phones supporting the new 5G cellular standard have been available since early 2019, Apple’s recent announcement of the new iPhone 12, which supports 5G, is the biggest step yet toward developing this standard. With any new data protocol, there’s a chicken and egg situation: there needs to be both infrastructure and devices capable of supporting the standard, and the iPhone 12 will accelerate the installation of new compatible hardware.

But what exactly is 5G? Is it much better than 4G? How does it work? And is it really as fast as Apple suggests?

As with any network protocol or data transfer standard, each generation builds on and improves the previous one, and 5G potentially offers download speeds of up to 10-50 Gbit/s (gigabits per second). In comparison, 4G provides up to around 100 Mbit/s (megabits per second), potentially reaching 1 Gbit/s for certain use cases, and 3G speed was generally a few megabits (the speed varied according to the different versions of the standard).

There’s a lot more to 5G than just speed. The 5G standard allows more devices to be connected to individual cells, and it offers much lower latency than other standards. (Latency is the amount of time between a request and a reply from a server.) This means that 5G will be better for multi-player gaming, where lag can make games unplayable.

While 5G will initially power your smartphone, it is also particularly suited to IoT (internet of things) devices, such as smart home gadgets, vehicles, medical equipment, and more. With high data rates and low power demands, 5G sensors could be installed in many more devices than 4G is currently.

How does 5G work?

As with previous mobile telephony standards, 5G relies on a network of masts, which in turn connect to a backbone to provide voice and data services. Your phone connects to the most powerful mast in your vicinity, which then connects to servers run by your phone company. Data transits across the internet to other users, who could be at home, in offices, or on mobile devices.

There are three types of 5G, and each one uses a different frequency band: low, medium, or high. Low frequency 5G works on similar frequencies as 4G, but will require new hardware and antennas. Early in the rollout of 5G, most phone companies will add this new hardware to existing masts. With low-band 5G, you’ll have similar coverage (a radius of about 10 miles) and speeds will be a bit faster than 4G, from about 30-250 Mbit/s.

Mid-band operates on higher frequencies, and has shorter range (a few miles), and should offer speeds from around 100-900 Mbit/s. Most areas will see this sort of infrastructure, which will roll out over time, as it requires additional masts for adequate coverage.

Finally, millimeter wave 5G will offer the fastest speeds – up to around 20 Gbit/s – but the disadvantage of this frequency band is that its range is very limited, no more than 500 meters. So to get these speeds, phone companies will need to install a huge number of masts. In addition, millimeter wave 5G is especially limited in passing through walls and even windows, making it impracticable in all but the densest areas.

As an example, here’s a screenshot from a map available on the Verizon website. As you can see, 5G Ultra Wideband – or millimeter wave 5G – is only available outdoors on a handful of streets in lower Manhattan (the darkest areas on the map below), and some areas still only have 4G, yet this is the part of New York City with the best 5G coverage. 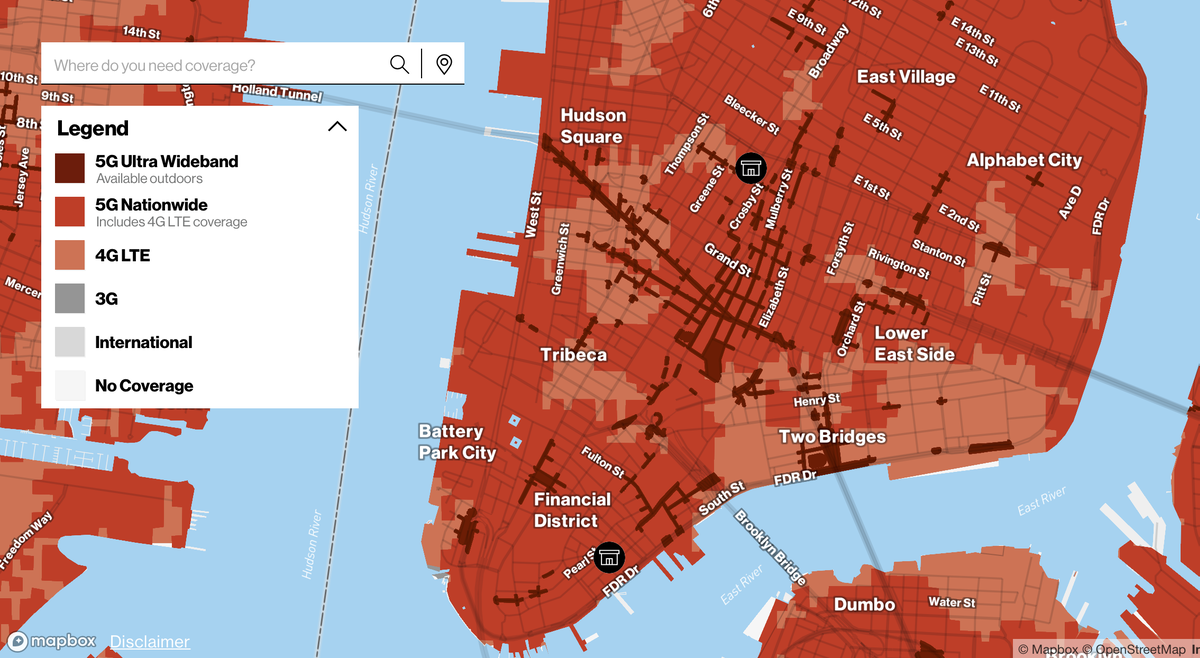 What else can 5G do?

As mentioned above, 5G offers very low latency, allowing it to be used in a wide range of applications, from tiny sensors to mobile computers and phones. The low latency of 5G could fuel virtual reality and augmented reality applications, where any lag is noticeable. It could also allow for real-time control of large numbers of drones, and enable businesses to install large numbers of sensors on devices or objects that they can then follow in real time.

There are suggestions that 5G might replace your current wired internet service, but that is probably a ways off. Not only because the fastest 5G doesn’t go through walls very well, but also because in order to support these speeds and the latency that 5G offers, any local cells will need to be connected to a fiber backbone. In other words, if you don’t have fiber in the street where you live or work, it’s unlikely that you’ll see 5G internet any time soon.

What speeds will you get?

While all models of the iPhone 12 support 5G, millimeter wave 5G is only available on models sold in the United States, which support the 39 GHz and 28 GHz bands.

Just like you probably never see the “theoretical” speeds of 4G, unless you live in a very well-covered area, real-world speeds won’t be anywhere near the maximum speeds available with 5G. Some people have found that speeds on 5G networks in the US are actually slower than 4G speeds, but as phone companies roll out new network infrastructure, this should improve. However, as more people have 5G phones, there will be more demand for data, and the real bottleneck may end up being the fiber backbone that connects to the cell towers.

All this means that you shouldn’t buy an iPhone 12 just for 5G speeds. Depending on where you live, and which phone provider you use, 5G might not even be available right away. If you live or work in a large city, it’s likely that 5G will start rolling out soon, and you may see speeds that are better than 4G, but there’s a lot of work to upgrade the existing hardware.

While this is the year of the 5G iPhone, it may not be the year of 5G speeds. As with 4G, it took some time for networks to catch up, so be patient. If you do get a new iPhone 12, and have 5G access, let us know in the comments below what speeds you get.

We discussed 5G on episode 158 of the Intego Mac Podcast. Be sure to subscribe to make sure you don’t miss any episodes. You’ll also want to subscribe to our e-mail newsletter and keep an eye here on The Mac Security Blog for the latest Apple security and privacy news.