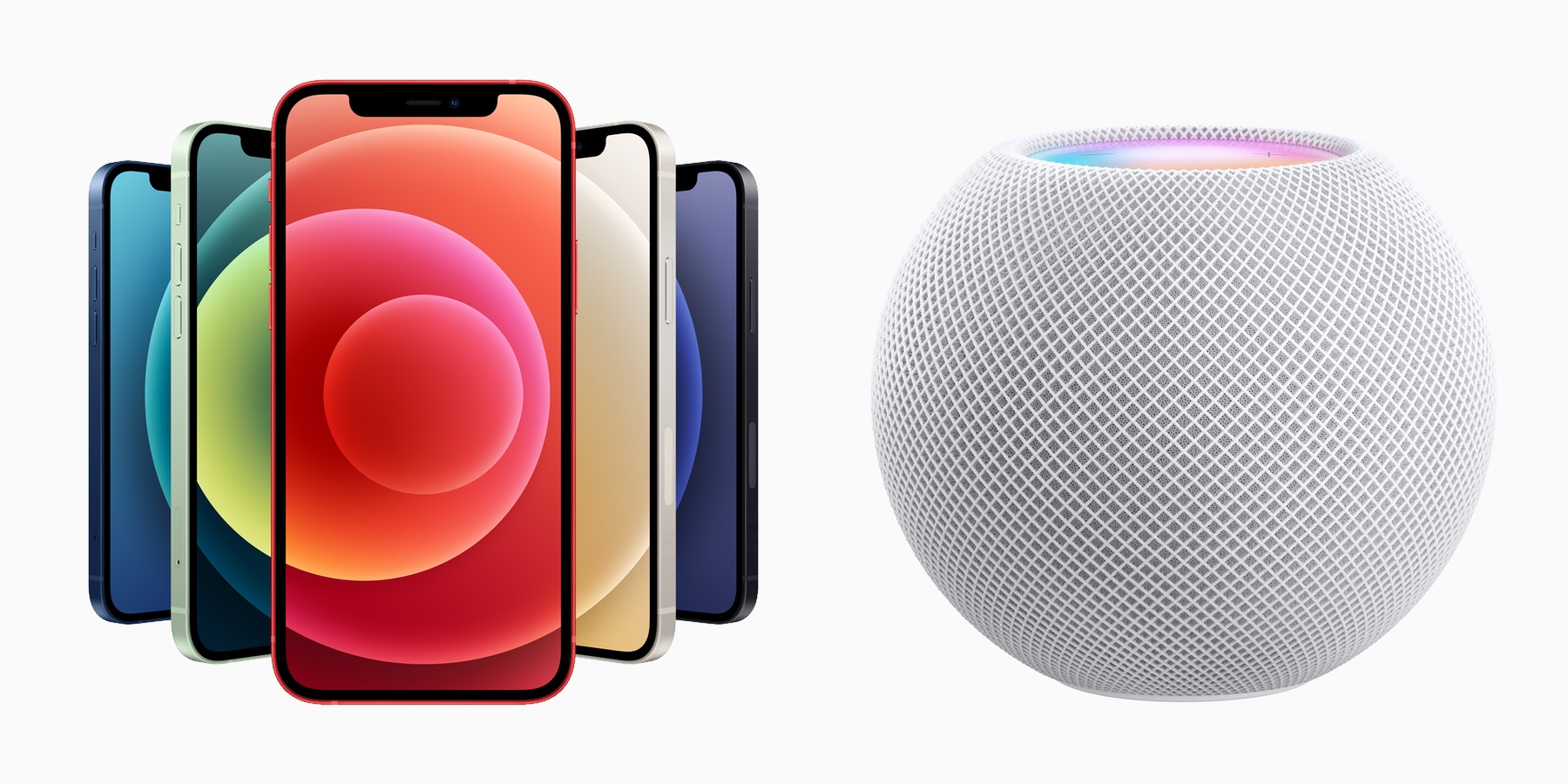 Every new iPhone has a marquee feature that Apple focuses on in its new product announcement. In recent years, Apple has repeatedly highlighted improvements to the camera system, spending the majority of time in their new product presentation showing the beautiful photos that the phone can take. While the camera in the iPhone 12 gets a bump, this year‘s marquee feature is a new mobile technology that most people won’t be able to benefit from: 5G.

The iPhone 12 also sports a new design, with narrower bezels, and a new, more robust type of glass, as well as being "the fastest iPhone ever," which is the case every year. Apple also announced the HomePod mini, which is more of a smart speaker with Siri features than an audio device, like its older sibling.

As the ability to improve on pocket computers continues to wane, this year’s model features a new (old) design, three sizes, a new, faster processor, and, as Apple spent a lot of time pointing out, support for the 5G mobile phone standard. Much of the presentation seemed like a commercial for Verizon, with the company’s CEO Hans Vestberg spending several minutes talking about the Verizon 5G network.

Unfortunately, most users won’t be able to access 5G networks, and those who do won’t see much of a speed boost, unless they’re very close to a mast. Unlike 3G and 4G technologies, 5G comes in multiple versions depending on a number of factors. One limitation in 5G implementation is that to get the blisteringly fast speeds that Apple touted in its presentation, a user needs to be able to access the fastest of three different types of cell towers, those using millimeter waves. But mmWave 5G has a very limited range, and requires that cells be very close together, so this speed will only be available in dense, urban areas. For now, most 5G access that users will have is similar to 4G, and, in some cases, may even be slower; hence the ability of the iPhone 12 to fall back on 4G when that is more efficient.

What users will see, however, is a redesigned iPhone that harkens back to the iPhone 4, the first model without rounded sides. The sleek new design comes in five colors for the standard iPhone 12 and the new iPhone mini, with 6.1" and 5.4" displays respectively. Think of the larger iPhone 12 as similar to the iPhone 11; while the screen is the same size, because if its reduced bezels, the overall device is a bit smaller. The iPhone 12 mini is substantially smaller than the current iPhone SE (2nd generation), yet with a much larger display, in part because of the removal of the Touch ID button.

The iPhone 12 Pro and Pro Max, with 6.1" and 6.7" displays, have classy "surgical grade" metallic sides, comes in four colors (silver, graphite, gold, and Pacific blue), and also features an additional camera. In addition to different hardware, the Pro models will allow users to take photos with a new format called Apple ProRaw. Raw image files record the unprocessed image data that a camera sensor captures, allowing photographers to make their own edits, rather than depend on the look imposed by the camera manufacturer. Apple’s new format provides both a raw file together a file containing the information used by the iPhone’s computational photography to allow photographers to make edits using some of Apple’s look, and tweak its adjustments as desired. These phones can also film in Dolby Vision, and have LiDAR cameras (which record depth information), allowing for better night photos. 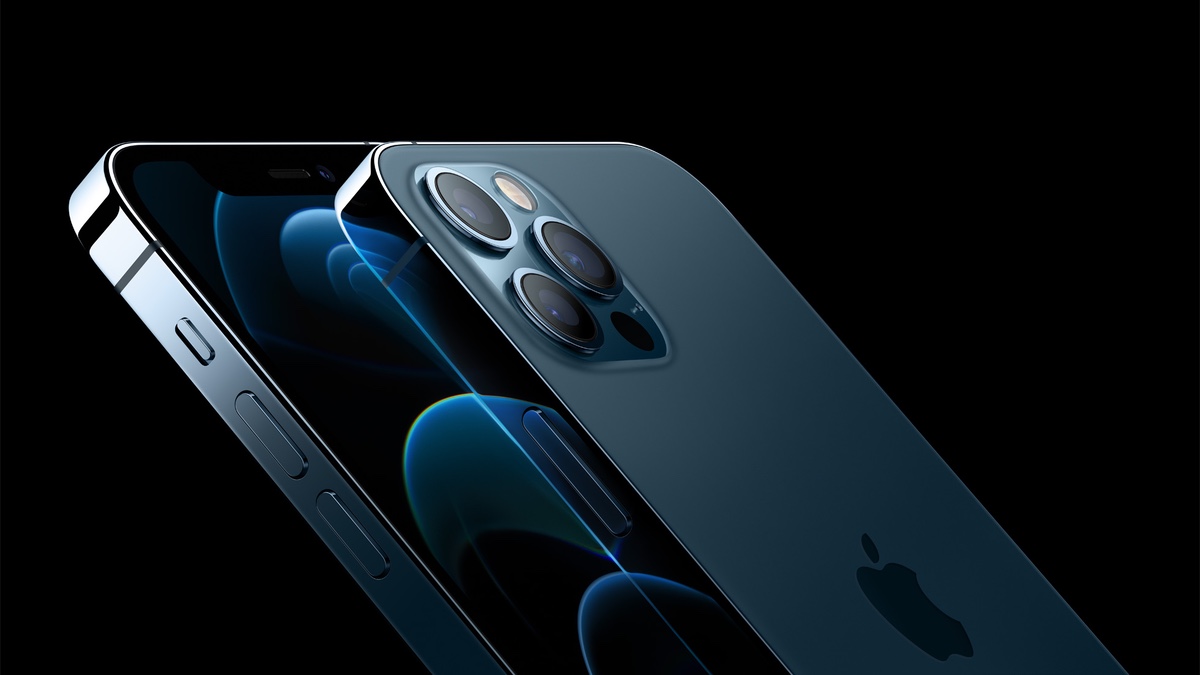 All the iPhone 12 models feature new Ceramic Shield glass, which Apple says will offer better protection from damage, and a new MagSafe system to allow magnetic induction Qi charging with Apple and third-party accessories. There will also be MagSafe cases and a leather credit card wallet that snap onto an iPhone. This new system open doors to innovative cases and charging products.

Prices have hiked this year, in two ways. Last year’s base iPhone 11 model started at $699, and this year’s iPhone 12 starts at $799. In addition, Apple has, for environmental reason, removed the charger and earbuds; which cost $19 each if you buy them as accessories. So you pay more and get less. The iPhone 12 mini starts at $699, and the Pro and Pro Max are available from $999 and $1099. Orders for the iPhone 12 and the iPhone 12 Pro begin on Friday, October 16, and the phones ship on October 23; iPhone 12 Pro Max and iPhone 12 mini orders will begin on November 6, with the devices shipping on November 13.

It’s worth noting that the base model of the iPhone 11 is now available starting at $599, and the iPhone SE (2nd generation) is still a bargain at $399. 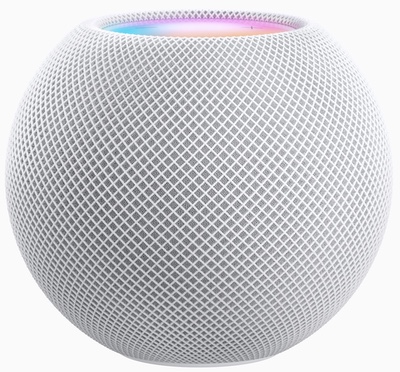 Apple’s HomePod has not been very successful; the company tried to combine quality audio with the features that have proven popular in smart speakers, notably those powered by Amazon’s Alexa. While it offers better sound than most smart speakers, it is overpriced, and hasn’t found its place in the market. Yet, you can do a lot with the HomePod.

Apple has announced the HomePod mini, which, at $99, is an attractive price for a much smaller device. The HomePod mini is a tiny device – 3.9" wide, 3.3" tall – and it offers both voice and touch controls. The target this time is less those who want to listen to music, but rather people, especially families, who want to leverage Siri. Most of the presentation of the device focused on the Siri features, showing how it works with multiple voices, and highlighting its role as a HomeKit hub to control a smart home. 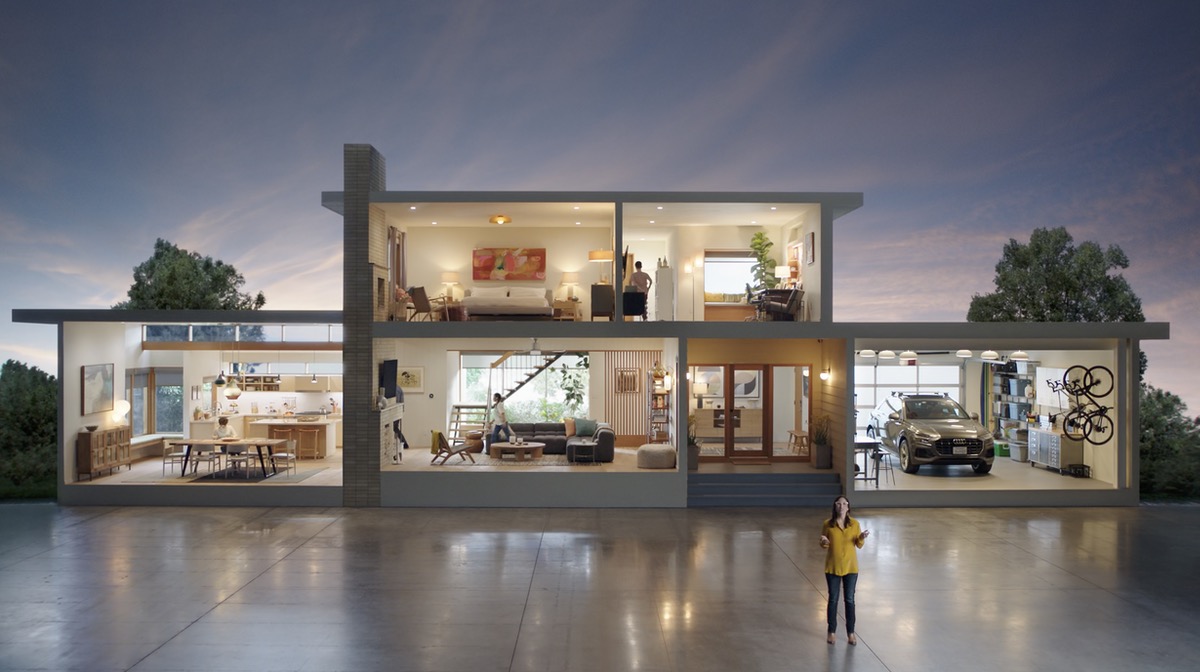 It’s the smart home feature that may make the HomePod mini a compelling device. Currently, to fully leverage HomeKit smart home devices, you need either a HomePod, Apple TV, or iPad which acts as a HomeKit hub. Introducing a $99 device to do this means that more people may start to see the interest in smart home devices.

One interesting feature is Intercom, where anyone can send voice messages to other users enrolled in their home group, which can be routed to other HomePods, but also to iPhones, iPads, Apple Watches, AirPods, and even CarPlay. This is a practical way to communicate with people elsewhere in your home, or even outdoors, and the feature will roll out to all Apple devices soon.

As with the original HomePod, you can combine two to make a stereo pair (but you can’t combine a HomePod mini with an original HomePod), and connect them to an Apple TV to use for audio.

So far, this fall, we’ve seen announcements for the Apple Watch, iPad Air, and the AppleOne services bundle, the iPhone and HomePod mini, but we haven’t heard anything about new Macs, or a release date for macOS Big Sur. Absent also was anything about the Apple TV, if it is indeed to be updated this year (the last update was late 2017). With Apple due to release new Macs with their own processors before the end of the year, perhaps Apple will introduce these devices and macOS Big Sur next month.