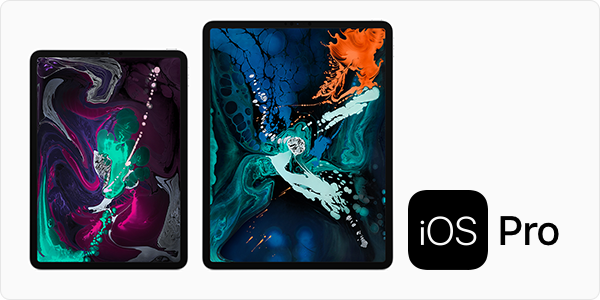 Apple’s new iPad Pro is an amazing tablet, but as our review points out, it comes at a price. Apple has priced this device at close to the cost of a laptop—aka a “real computer”—which means that for most people, buying an iPad Pro means making a commitment to using it as their main computing device.

But the iPad Pro runs iOS, the same operating system that runs on the iPhone. While Apple says, “And it works like your iPhone, so it’s familiar to use,” this isn’t really a good thing. Some people may be able to replace their laptop with an iPad Pro, but for the iPad Pro to really serve as a computer, it needs a pro version of iOS.

iOS was designed for the iPhone, and, while the iPad version has evolved a bit, its limitations are obvious. This starts with the nearly comical image of icons on the home screen. This display is the same on all iPads, from the petite iPad mini to the largest model, roughly twice its size. Even the 12.9″ version only offers four icons horizontally in portrait mode, and five in landscape. On the big iPad Pro, the wasted space is most apparent. Many people would like to have more icons visible, rather than stuffing them in folders, but Apple doesn’t seem to want to make icon organization more flexible. 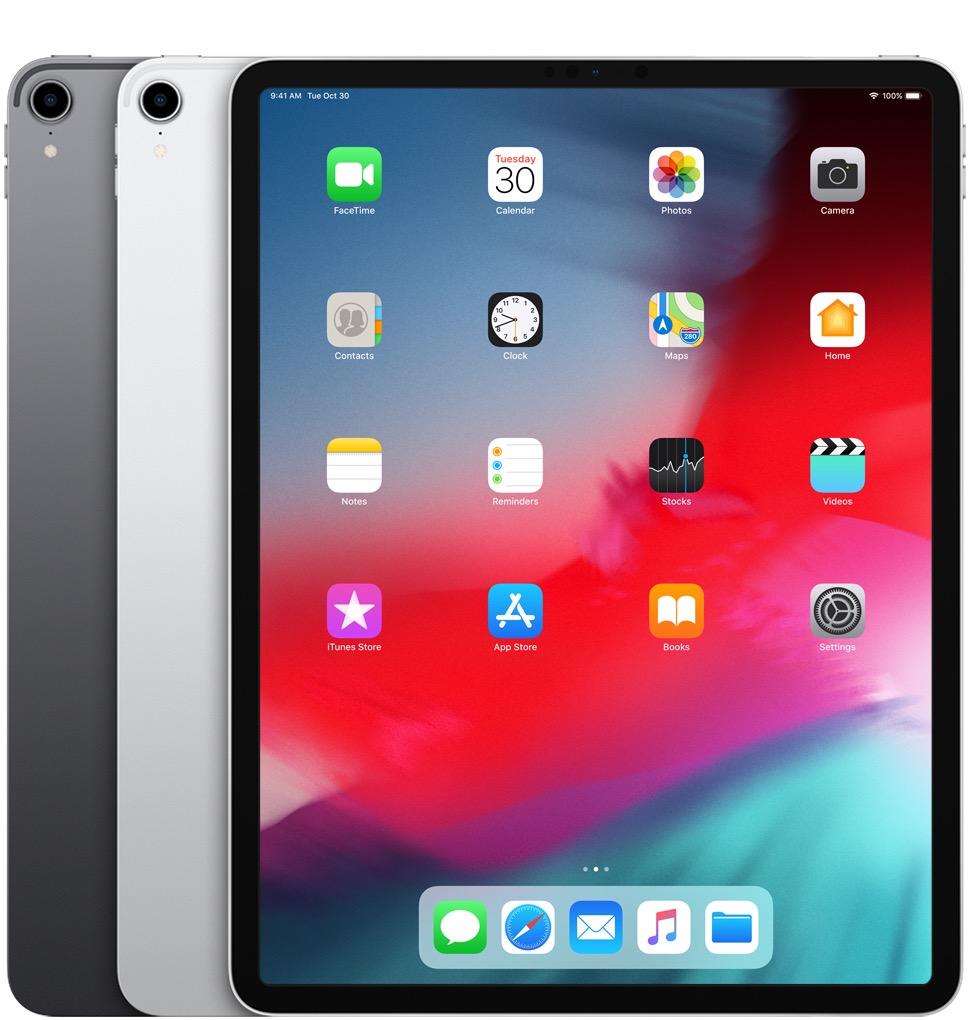 This scaling is apparent across iOS. Apps display larger or smaller according to the screen size, but offer few additional controls or features with larger displays.

iOS still doesn’t have real multi-tasking. It’s gotten better with split-screen mode on the iPad, though using this feature is confusing, and depends on gestures, so many people will never discover it. In addition, with the newest iPad Pro models, which feature Face ID and no home button, the gestures are different from the previous iPads, so any gestures that users may have discovered on previous models will need to be re-learned. This is especially problematic if someone is using the newest iPad along with an older device.

A lot of “real work” on computers involves files, but iOS was designed to keep files hidden, for the most part. Apple has made progress in recent versions of iOS, acceding to the demands of users who want to work with files, but this file management isn’t fully functional. What happens if you need to extract files from a ZIP archive? iOS doesn’t help you, so you need to download some third-party apps that will work with these archives. The fact that Apple ignores this—and forces users to seek out third-party solutions—trivializes how common such files are, and makes it harder to work with files.

File management on iOS is clunky and complicated, and depends on the cloud, so whenever you don’t have Internet access, you are hobbled when you need to move files around.

Apple’s new Pencil has certainly improved the way you interact with the device. You can sketch and draw with the pencil, mark up documents, and use it to select and edit text, though text selection—long one of the weakest areas of iOS—is still more complicated than the same process on a computer. If your work involves editing text, then the iPad can be frustrating. 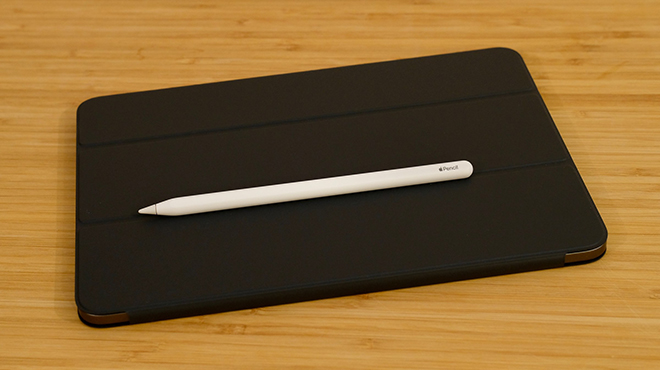 While you can use an external keyboard—either Apple’s combination keyboard-case, or any Bluetooth keyboard—you still can’t connect a mouse or trackpad to the iPad. So if you do use a keyboard, you’ll be raising your arms a lot to touch the screen. This can lead to pain in the shoulders, and potential repetitive stress injury. (Back in 2010, Steve Jobs said that “Touchscreen on the display is ergonomically terrible for longer interactions.”) And Apple’s keyboard-case only offers two angles, so it won’t always be in an ergonomically ideal position.

iOS does offer keyboard shortcuts when you have an external keyboard connected, but if you type on the iPad’s display itself, you have limited options in controlling the apps you work with.

If there’s one failure of iOS it’s the way you undo an operation. You physically shake a device to undo the last thing you did. Most users only discover this when they drop their device, and see a dialog asking them to confirm their undo.

As Daring Fireball points out, there is an undo button on the virtual keyboard in iOS 12 on iPads, but it only affects text; you can press Command-Z if you are using an external keyboard; and some apps, such as graphics or photo editing tools, have adopted a counter-clockwise circular arrow button ⟲ as an undo trigger. But this process—one of the most important on any computing device—remains a kludge.

The text undo button, as it appears on iPad’s virtual keyboard in iOS 12.

Apple is trying to sell people on the idea that the iPad Pro can replace a computer. As I’ve explained above, this isn’t entirely true, though it’s fair to say that for many users, the iPad Pro will do what they need.

If you just want standard protection without the physical keyboard, you can save $100 and buy Apple’s Smart Folio (the new version of the Smart Cover) for $79 or $99—which is still 10% of the cost of the iPad Pro itself.

There’s no denying that the new iPad Pro is a fine device. I tried out the 12.9″ model, and it’s responsive, and easy to use—notably because of Face ID—but it’s heavy, and above all, expensive.

If Apple were to give it an operating system that matches its aspirations, the iPad Pro could replace a computer for many more users than it does now. But as it stands, the iPad Pro’s software hobbles its amazing build and internals. It’s time for Apple to make a pro version of iOS for those people who really want to replace computers with tablets.

What else should Apple do to rethink and redesign iOS for iPads? Should there be an iOS “pro edition”? Let us know your thoughts in the comments!