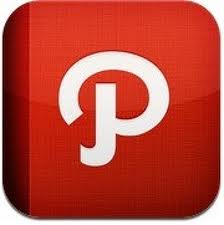 The original idea behind the social networking application Path was that it was “Private by Default,” and that you should have control over both your information and your experience. It was marketed as sort of an anti-Facebook, which was well timed in light of all the complaints about the lack of privacy and control over user data that has been lobbed against the social networking giant. While Path wasn’t as home-grown, peer-to-peer and open-source crunchy as Diaspora (a name that clearly evokes me the “Get me out of here” sentiment of many former Facebook users) the idea behind their app is that you were limited to connecting with 150 of your closest friends, so you could use it like a closely vetted Internet journal.

But unfortunately, Path has been cut by the double-edged sword of the “social” in social networking. While it may be fun to share your innermost thoughts with your friends in a low-key sort of way, a social network is of no use if not enough people are using it. How does a company grow its user-base to make a social network more useful, while maintaining a sense of protecting its users? Path has been taking sort of a come-hither/go-away approach to answering that question. They have repeatedly gotten in trouble for doing questionable things with users’ data, particularly for using spammy tactics to get people to invite new users. Why automatically invite everyone you have contact details for, if you can only have 150 contacts? Are people supposed to simply turn away the rest, even after they were directly invited?

This weekend in particular, Path was at the center of quite a kerfuffle over their “find friends” tactics. Some folks have accused the Path app of sending SMS messages to their contacts after they had uninstalled the product, and Facebook disabled Path from allowing people to mass-invite their Facebook friends. Path updated their app to allow users to remove their data from global search (What was it you were saying about allowing users to control their data?) but they’ve done nothing to back out of their aggressive invite tactics.

I understand the desire to have your social-networking cake and eat it too. While it’s nice to have a place to air your thoughts, users are the product to social networking sites, not just the customers. Without users and the compelling content they bring, social networks have no value. Not to mention, social networking and privacy are anathema to one another by definition. It’s like the Einstein quote: “You cannot simultaneously prevent and prepare for war.”

You cannot simultaneously tell up to 150 people all your intimate business and have it still be private, by definition.

People are understandably sensitive about this, given the fine line that they tread by sharing their life with others online. They depend even more heavily than other online services to protect their data from attackers, advertisers, and other unwanted viewers. Path’s aggressive invites tread heavily on that line, and it’s alienating what should be their core audience. Time will tell whether those people leave en masse, or whether Path will change their ways.