This is the second installment in our Five Minute Family Protection Tips series on Internet safety for concerned parents in the digital era. See part 1, Parental Concerns in the Digital Era: An Introduction.

In the first installment, we introduced our Five Minute Family Protection Tips series, outlining why parents should be concerned with their children’s online activities and some initial advice about online predators.

Today, we continue with a look at the risks of inappropriate communications and how to cope with digital harassment. 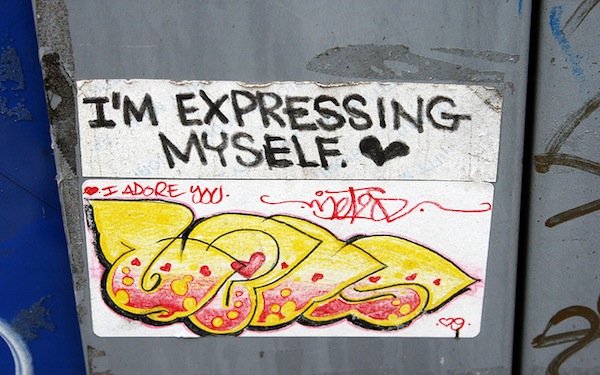 Personal technology is now the main method young people use to express themselves in modern society. An obvious example is the rise of social media.

There is nothing wrong with social media; after all, billions of people use it daily to share what’s on their mind and to keep in contact with friends, family and colleagues. But it is also a potential platform for abuse.

It should come as no surprise to learn that another major parental concern is the possibility that their teenager may be having inappropriate communications with others.

Pew research found that many parents, educators and security advocates were deeply concerned about the practice of “sexting.”

One thing that is decidedly different from the offline world, is that online, information is forever. That racy picture sent to a crush cannot be un-sent. The status update about weekend shenanigans can easily be captured and copied before someone can think better of it and hit delete. The Internet has a memory that is extremely difficult to erase.

Everyone can think of an example, either within their own lives or on the news, about some unfortunate person whose life has been significantly changed because of poor sharing choices. As such, an important question has surfaced in the last few years: What can parents do to maintain their child’s reputation in the digital era?

After all, something that might seem like a good idea at the age of 14 could have repercussions in school or later down the line.

Parents should consider teaching their child how to maintain a level of diligence when communicating online. Have a serious talk about safe Internet use and think about setting boundaries about what is appropriate online behavior. Mobile phones present a problem, which is why keeping an open dialogue with a child is so important.

On the computer there are parental controls available to help set and maintain boundaries and these should be a platform for starting the conversation.

That way, whether a secret alias account is used or not, the child has the foundation to know right from wrong and the parent has the tools in place to keep an eye on their children even when they are away from home. It is no secret that children can be particularly vicious in what they say to each other (heck, even adults can too). It is a problem that has occurred offline since the dawn of time, but as the Internet has progressed, an issue that has taken prominence in the world of parenting.

Recently, bullying others online has been called, “A New Way to Terrorize,” and most kids probably do not understand what the consequences might be.

Examples of cyberbullying include sending insulting text messages, creating rumors about other students on Facebook, publishing embarrassing pictures of a victim online, abuse of Twitter and other platforms, and general horrible behavior.

Part of the danger of children opening themselves up online is they can provide extra ammunition for bullies. With unmonitored and possibly anonymous access to social media sites, bullies become less inhibited than when they have to face their victims. Their attacks can be crueler and they can inflict significant emotional damage rather than just physical abuse.

What can parents do to deter this from happening?

First, don’t sweat the small stuff—with technology, there is a propensity for it to be a cause of anxiety. Unfortunately, any tool can also be used to harass people. It is important to recognize that technology and the Internet are not to blame for cyberbullying; it is merely a platform.

Instead, parents should consider thinking of it as an opportunity for their children. Kids these days can use technology for good, as a tool for guidance, support and maintaining friendships. Parents can use it to help build a positive network for their children. Social media and even texting are ways to engage and connect with young people.

An important skill parents should teach their children about is how to be empathetic. Empathy is being able to look at the world through other people’s eyes; it is the first and perhaps most important step a child can take on the path to develop resilience.

Children do not always tell their parents about what is happening online, but there are tools out there to help surface these issues. These allow parents to see if their child is being harassed.

Parental control software can offer parents peace of mind when they are not around, but the most effective tool is talking to the child and creating an environment where they feel safe opening up about what is happening offline and on the Internet.

Next time, in the third installment of our Five Minute Family Protection Tips series, we look at some aspects that are often overlooked from an online safety perspective: the dangers of peer-to-peer file sharing and password sharing.