It’s been a week since Apple’s iOS 6 has been released to the masses, and the one glaring criticism everyone seems to agree on is that the Apple Maps app is terrible. It’s nowhere near as robust as Google Maps (which is what Apple Maps is replacing), and many users, especially those who live in a mid-sized city or more rural areas, are frustrated. Even though Apple has assured users that Maps “will get better” (I picture them launching their very own “It Gets Better” campaign to placate distraught Apple fans), Maps has quickly become an Internet punchline as memes and jokes continue to pop up at Apple’s expense.

Below is a sample of the amusing jokes centered around how poor Apple Maps is right now:

“iOS 6 maps taught me that there’s a lot of broccoli in New York. Thanks, Apple.” (via reddit) 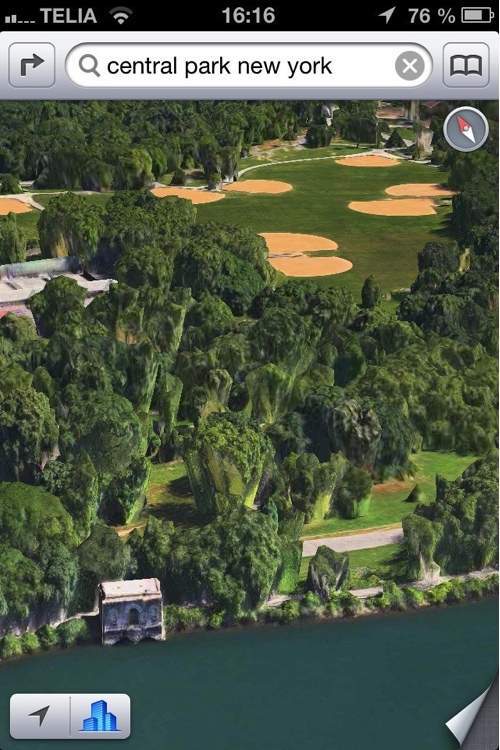 A twist on the “So and so walks into a bar” joke (via reddit):

The expression “Get lost!” has taken on a literal meaning now:

A tongue-in-cheek comparison of Google Maps vs. Apple Maps using the pre- and post-restoration of the “ecce homo” fresco in Spain (in which an elderly woman tried to “restore” it herself and ended up ruining it): 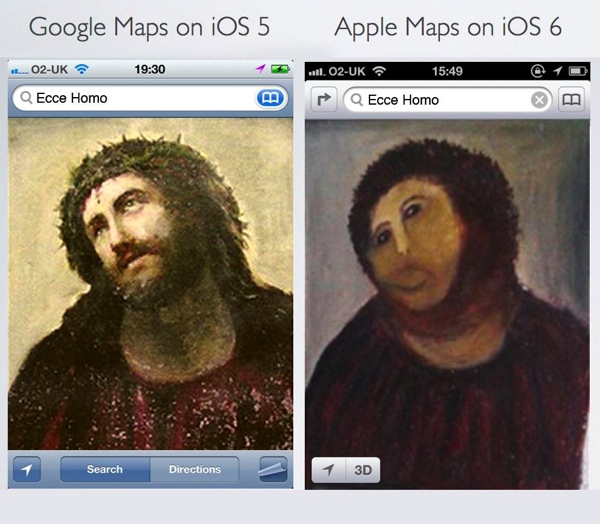 It’s the cast of the now-defunct TV show Lost, in case you didn’t the joke: 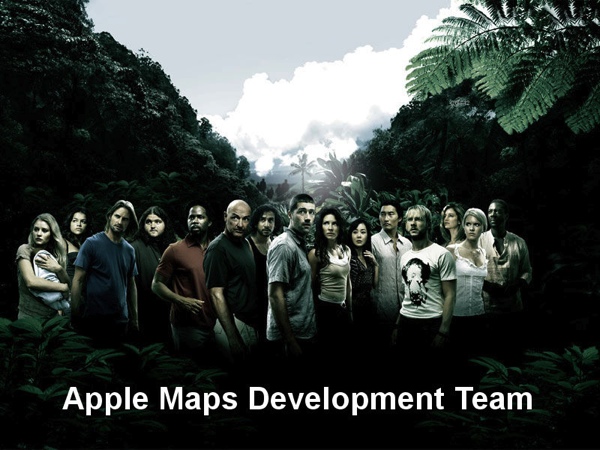 This view of an airport doesn’t even need a joke–the map itself is hilarious: 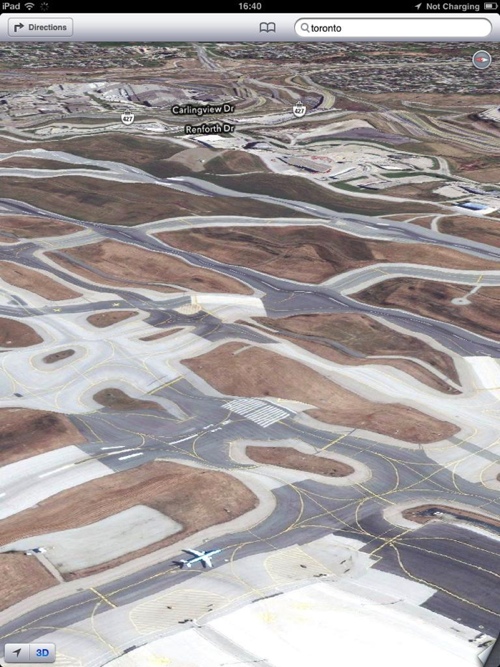 Even the Apple Maps app icon took some criticism, with one reddit user noting “It looks like the Apple Maps icon is instructing me to drive off an overpass onto the interstate below”:

Honestly, Apple Maps is such a debacle that you can’t help but laugh about it. Their app is probably getting more attention now in its “ghetto” state than it would be if it were as good as Google Maps, so even though Apple is currently the butt of many jokes, I can’t help but wonder if they’re happy with the attention, anyway. As the old saying goes, “There’s no such thing as bad press.”

Are you laughing with the rest of the Internet at how gloriously awful Apple Maps is?