Yesterday, Apple released iOS 8.1 as a software update which contains new features, bug fixes and security updates. iOS 8.1 addresses 5 vulnerabilities altogether, including fixes for the mobile POODLE vulnerability and patches for a number of backdoors. 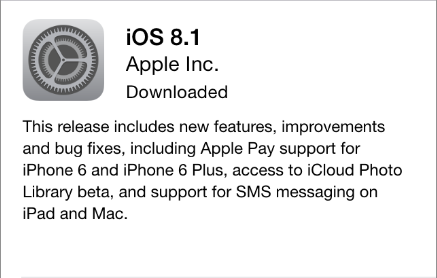 Among the more high profile security flaws addressed in this update is a design flaw in SSL (Secure Socket Layer) 3.0, which could be exploited by criminals, called POODLE. Apple’s OS X Yosemite and Security Update 2014-005 for OS X Mountain Lion and OS X Mavericks addresses the POODLE vulnerability for Mac users.

This update is available directly on iOS devices (Settings > General > Software Update), or it can be downloaded and installed in iTunes when a device is connected to a computer with an Internet connection.