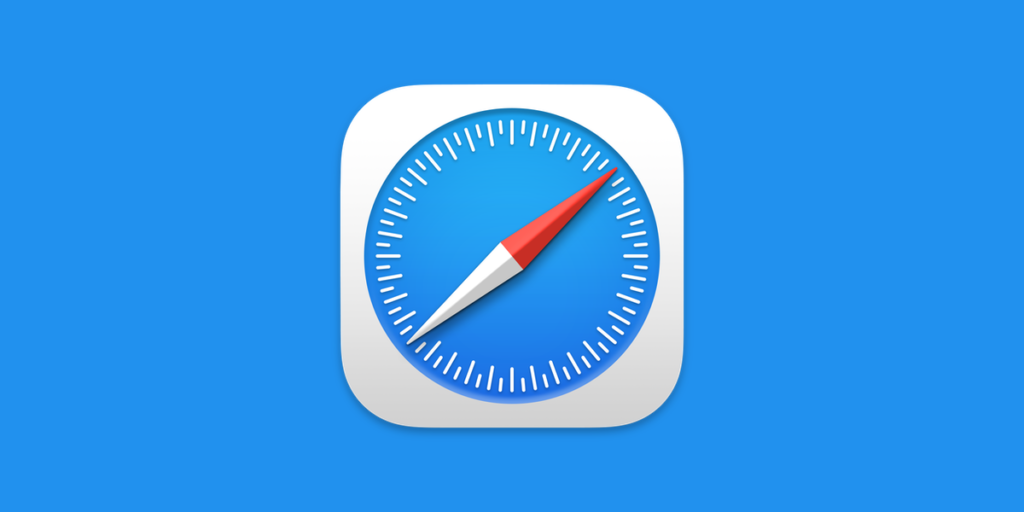 When web browsers were first invented, they did little more than display web pages and save bookmarks so you could return to pages you visited often. Since then, web browsers have become mini-platforms on their own, and Safari, like other browsers, lets you use extensions to enhance your browser experience.

In this article, I’ll explain how Safari extensions work, why they changed recently, and I’ll mention a few extensions that you may find useful.

Safari, like other web browsers, allows the use of extensions to extend what the browser can do. As Apple’s developer website explains:

Content Blockers are app extensions that you build using Xcode. They indicate to Safari a set of rules to use to block content in the browser window. Blocking behaviors include hiding elements, blocking loads, and stripping cookies from Safari requests.

These two types of extensions act on what is displayed by a web page. In the first case, they can work with the content, copying some of it, altering its display, or they can add content to forms, such as auto-filling passwords, for example.

In the second case, content blockers can prevent certain content in a web page from displaying in the browser, offering you a cleaner, safer experience.

How Safari extensions are distributed

Starting with Safari 5, in 2010, Safari extensions could be created and distributed to users. Apple had an Extensions Gallery web page where you could install extensions with a single click.

Since Safari 12, released in 2018, Apple deprecated the older forms of extensions that could be distributed on their own, and in 2019, started requiring that Safari extensions be provided through the Mac App Store. The problem with this is that developers could no longer offer simple extensions without paying Apple’s $99 annual developer program fee, even if their extensions were free. In addition, all extensions have to be part of an app. Even if the extension works on its own in the browser, such as Markdown Linker for Safari, there has to be an app, though its interface is extremely limited. 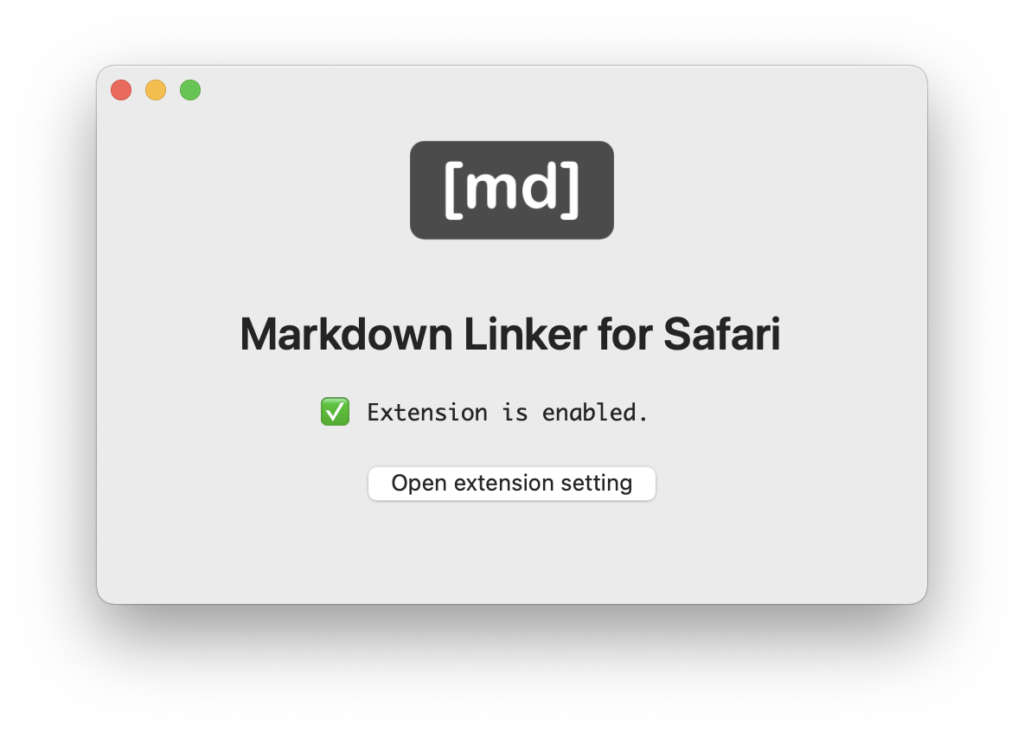 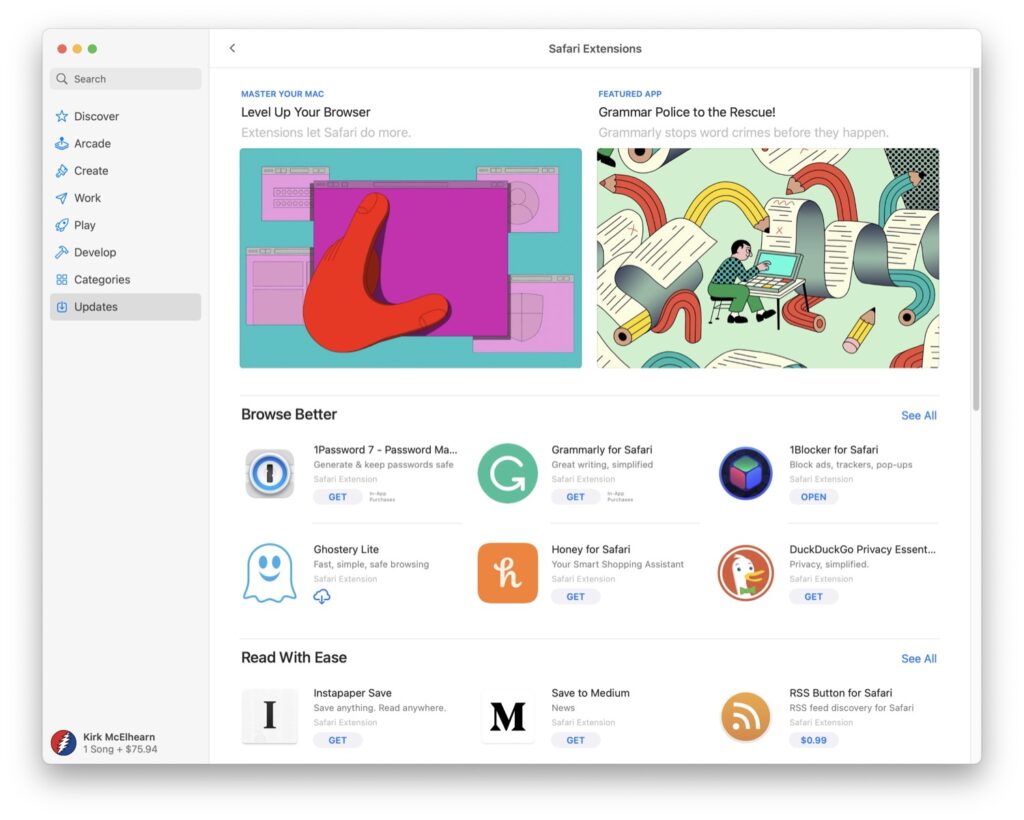 You’ll notice on this page that some of these extensions are part of full-fledged apps, which include extensions as part of their functionality (such as 1Password); others are nothing more than extensions with a single screen (such as Honey, which just has a screen to enable the extension), while others (such as 1Blocker) have complex configuration options. 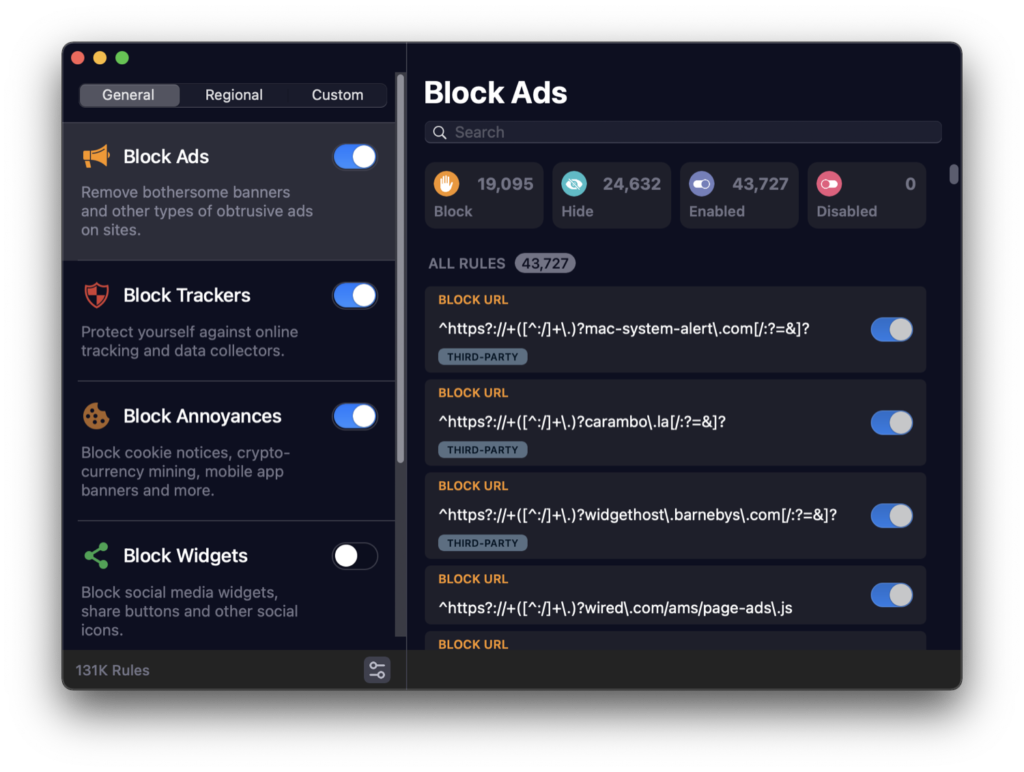 To uninstall extensions, select an extension in the Extensions preferences, click Uninstall, then you’ll see a dialog tell you to delete the app in the Finder. 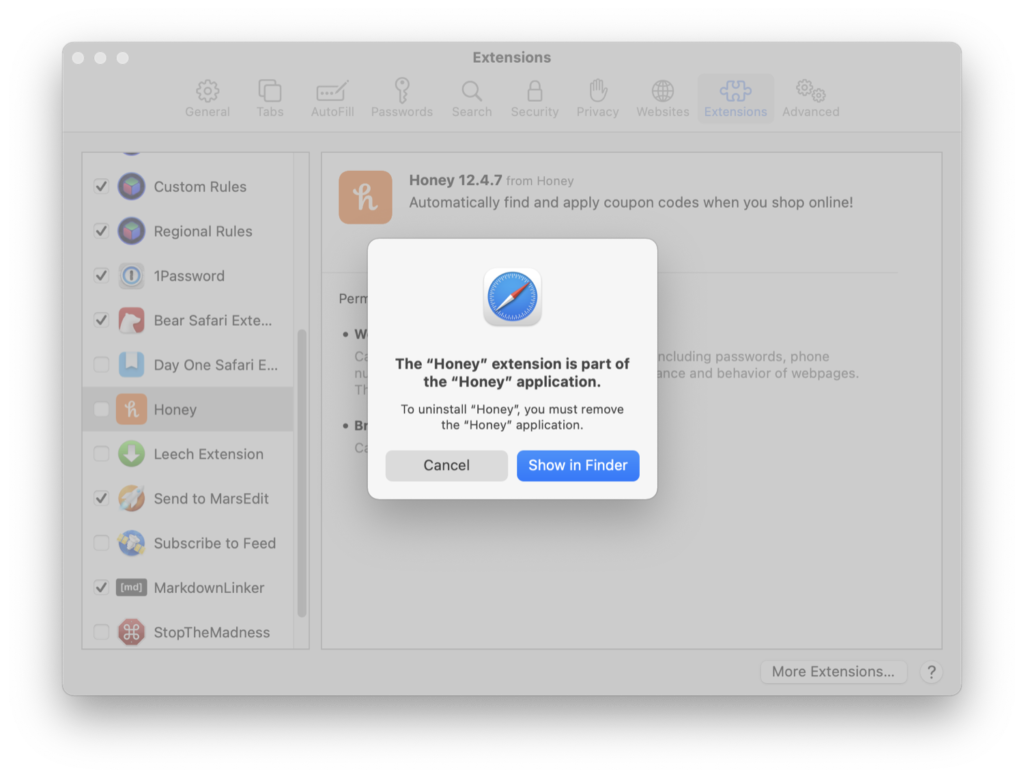 Some Safari extensions alter content on web pages, some offer to fill information in forms, and others create a link between a web page and another app. For example, Bear, which is an app to create and store notes, has an extension that places a button in the toolbar. Clicking the button copies web pages in Safari and saves them to the app.

The blogging app MarsEdit has a similar button: click it to send a web page to MarsEdit to use with the app’s QuickPosts feature.

You should check the Extensions preferences in Safari; you may find that apps you use have extensions that you’re not aware of, that could be useful to you.

There is another way you can send information from Safari to third-party apps. Some apps place buttons in the Share menu; click that menu while on a web page to send information to an app. For example, I use a number of apps that have share buttons: the Twitterrific Twitter client, the OmniFocus task manager, the Deliveries package tracker, and Paprika Recipe Manager. These are share menu extensions, not browser extensions, so the terminology may be confusing.

You can see share menu extensions in System Preferences > Extensions. You can enable and disable these extensions, and they work in the share menu across macOS, not just in Safari. 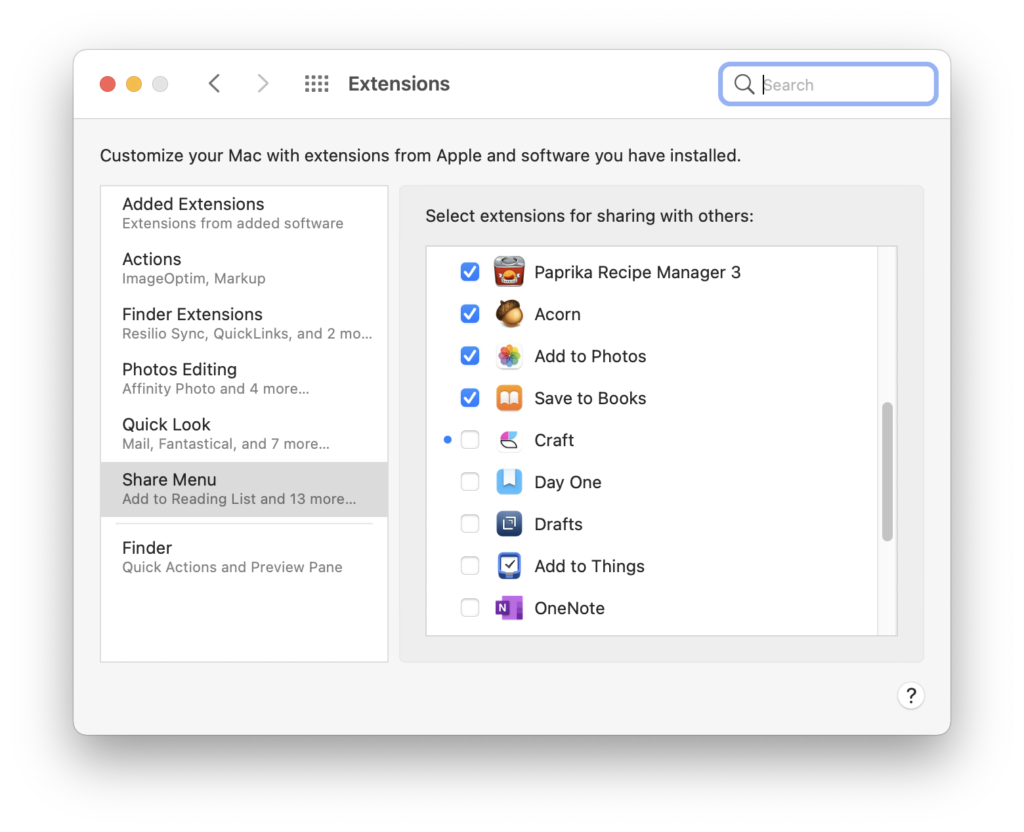 Extensions have a great deal of access to your data: this is explained in Safari’s Extensions preferences for each extension. For example, Honey, which looks for coupon codes as you shop the web, can access passwords, phone numbers, and credit cards. It can also collect your browsing history. It might not be a good idea to install extensions that can collect this much data. (Though one extension developer explains here that they can’t necessarily collect all the data listed in the preferences.)

However, many extensions can access this same information, so, if anything, Apple needs to have more detailed privacy labels for these extensions. Honey has not updated their app privacy information on the Mac App Store at the time fo this writing, but, for example, 1Password, which has the same access, states that it doesn’t collect all of that information.

MarsEdit says that the only information it collects is diagnostics, in spite of the Extensions preferences saying it can collect everything that Honey can collect.

It’s worth noting that Honey may be tracking browsing history in order to collect data. Purchased by PayPal in late 2019 for $4 billion, this app has raised questions of whether it collects too much data.

Safari extensions can be a great way to make your web browser do more. Whether you use them to make it easier to browse by blocking ads or trackers, or to collect information for web pages, extensions can help you be more productive.