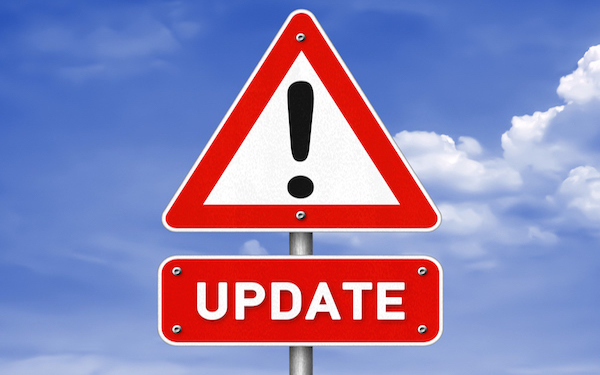 You use lots of software, and much of it is updated regularly. Updates to apps—and also to the operating system—can provide new features, performance improvements, and bug fixes, and those fixes often remedy security vulnerabilities to protect you from potential threats. All of these are important, and it’s a good idea to keep your software updated. (In most cases, at least.) Here’s how.

Getting software updates on iOS

You get software updates on iOS in a number of ways. App updates are provided in the App Store, and operating system updates in the Settings app.

To check for updates in the App Store, open the app and tap the Updates tab. If updates are available, tap Update All to download all the new apps, or tap the Update button next to an individual app to only download that one update. 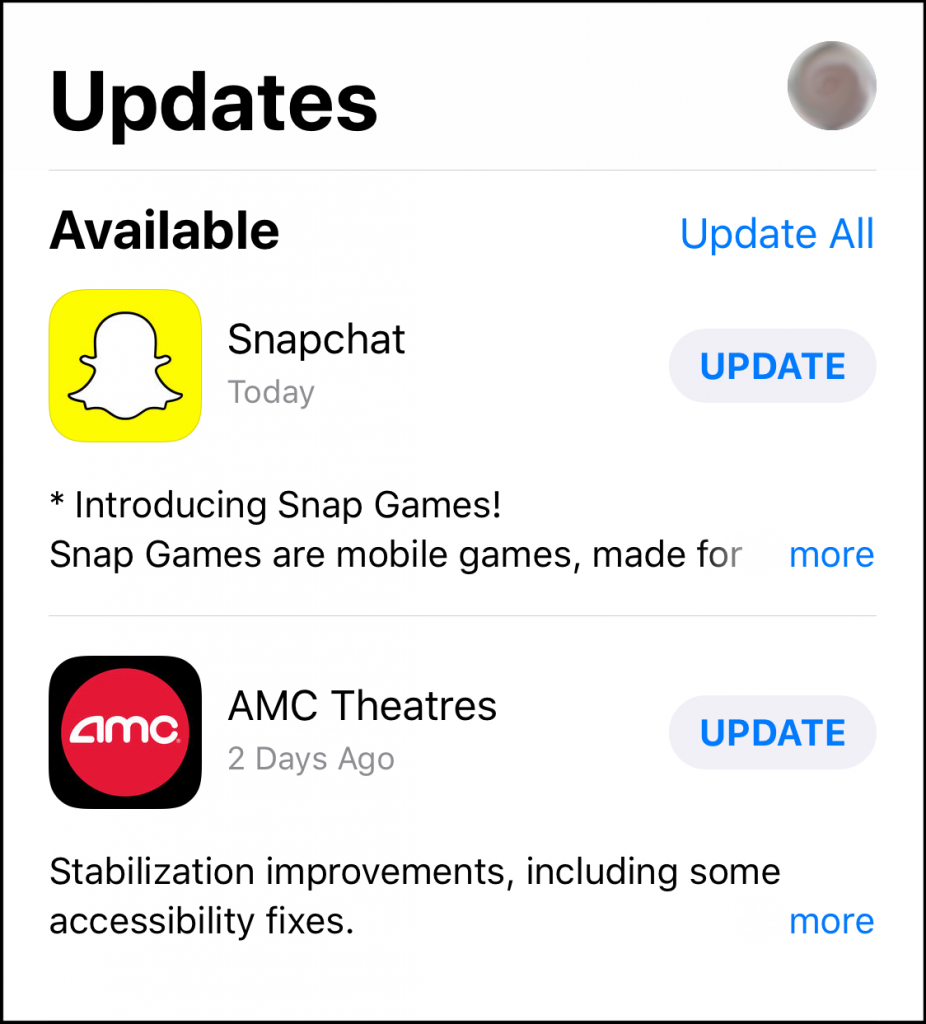 You can choose to automatically download iOS app updates so you don’t have to worry about doing this manually. Go to Settings > iTunes & App Stores, and in the Automatic Downloads section of the screen, toggle on Updates. 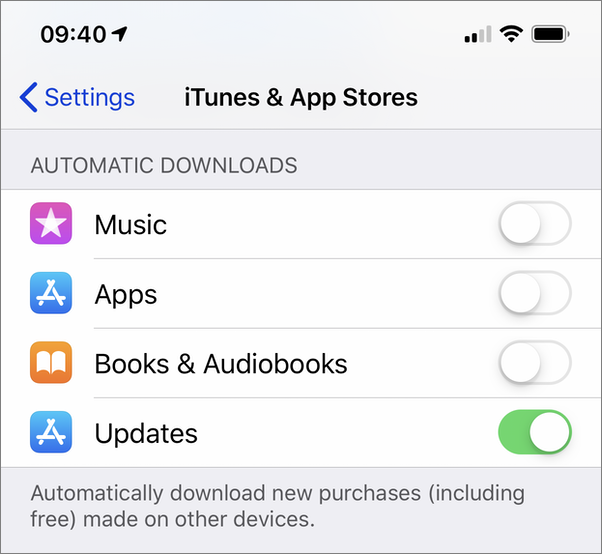 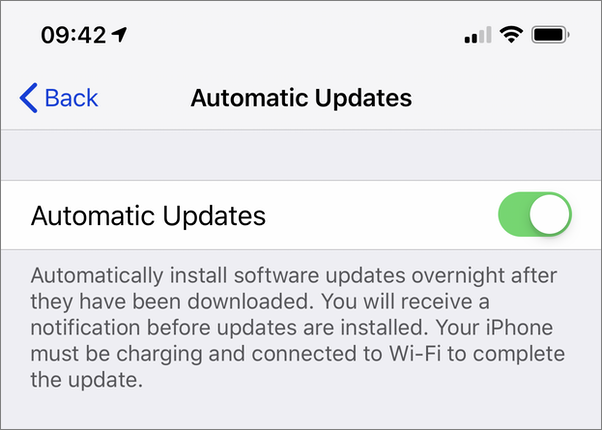 You may not necessarily want to automatically update your iOS device, however. For apps, you may not want to be surprised by new (or removed) features when you go to use an app. And for iOS, you may not want to be on the bleeding edge and download updates immediately after they are released. Although rare, there have been cases where iOS updates have caused problems with iPhones and iPads, and Apple has had to pull them and release revised versions of them. On the other hand, leaving Automatic Updates enabled will ensure that critical iOS updates get installed on your device as soon as they become available, which can help you keep your device more secure.

Getting software updates on macOS

The way to get updates on macOS is similar to the way iOS delivers updates—at least, that’s true if you get most of your Mac software from the App Store. To update apps purchased or downloaded from the Mac App Store, open the App Store app and click on Updates. (Note that the screenshot below is from macOS Mojave; earlier versions of macOS have the Updates button along the top instead of the left side.) 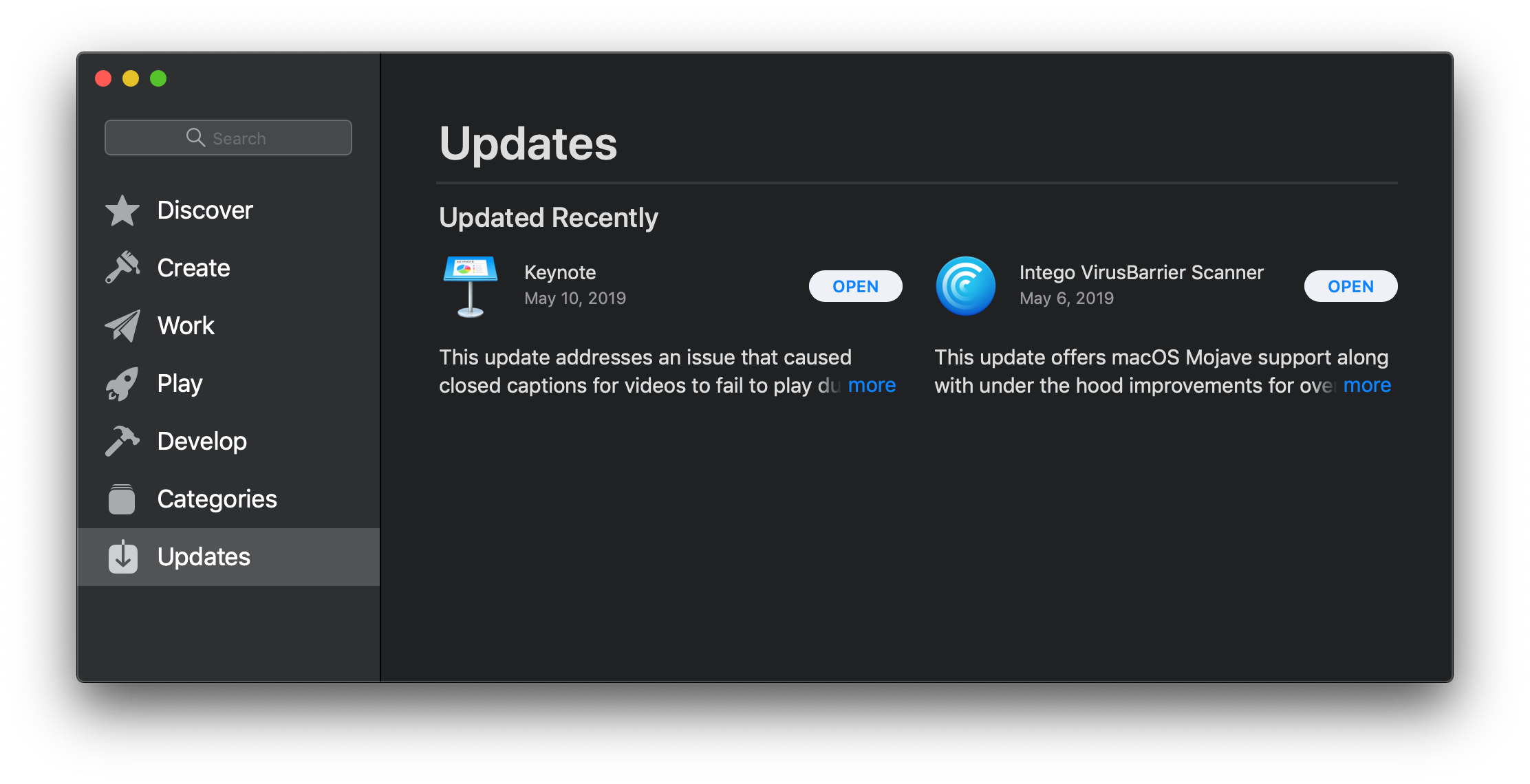 For apps not purchased from the Mac App Store, the way to check for updates varies. There is often a Check for Updates option in the app’s preferences, or under the app’s name menu (next to the Apple menu in the top-left corner of the screen), sometimes under About [the name of the app] as is the case with the browsers Google Chrome, Mozilla Firefox, and Opera. Some apps have their own updater app, such as Microsoft AutoUpdate (included with Microsoft Office) and Intego’s NetUpdate. Other Mac apps update themselves using a framework like Sparkle. In some cases, an app will check for updates, then tell you to go to the developer’s website to download the latest version of the app.

To allow macOS to update automatically, go to System Preferences > Software Update, then check Automatically keep my Mac up to date. The Mac offers some more granular update options than iOS. If you click Advanced…, you see a number of options:

As with iOS, you may want to hold off on installing macOS updates automatically, especially because it’s a good idea to fully back up your Mac before installing such an update. However, installing system files and security updates is a very good idea, because these are updates that are essential to protect your Mac.

It’s worth noting that if you have used unsupported methods to install a recent version of macOS on an old Mac, or if you have built a “hackintosh” (a PC not designed by Apple that runs macOS, potentially in violation of Apple’s macOS software license agreement), you won’t be able to install software updates automatically, and may need to wait a while to install them. The third-party software used to leverage macOS on unsupported Macs may need to be updated to be compatible with newer versions of macOS.