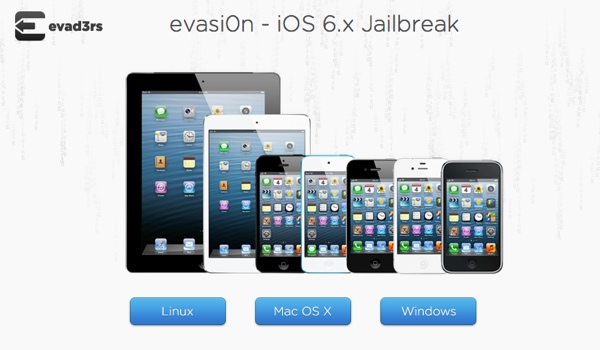 Last month it was reported that an untethered jailbreak was being tested, and now the Evad3rs team has just released an Evasi0n jailbreak tool for most devices running iOS 6.0 or 6.1. Demand has been incredibly high already, and the 270,000 users that caused 1TB of traffic in the first 10 minutes after the tool was released caused the Evasi0n site to be temporarily unavailable.

If you do choose to jailbreak, it’s a very good idea to make one backup before using the tool, and one after you’ve successfully installed it. This way, if you run into problems, you can have a known good setup to restore to.

It’s interesting to note that Apple hacker Charlie Miller has predicted that this will be “the last public jailbreak ever released.” As it seems that Apple security is making jailbreaking iOS increasingly difficult, this being the last public tool would not be a great surprise to me either. Each set of publicly released exploits makes it that much easier for Apple to harden their defenses, and jailbreakers may keep their tools private from here on out to keep their methods out of Apple’s hands for as long as possible. If you’re set on jailbreaking, this possibility makes creating a post-install backup all the more important.