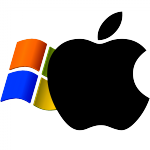 As you’ve probably heard by now, Windows XP will no longer receive new security updates from Microsoft. This past Tuesday was the final day of support for the nearly 13-year-old operating system, which means that XP will become increasingly unsafe to use online as unpatched vulnerabilities begin to be exploited in the wild.

Sure, there are various things XP users can do to help avoid infection, such as using a non-administrator account (PDF), keeping antivirus software up to date, keeping up with non-Microsoft patches available for XP (e.g. Adobe Reader, Flash Player, Java, etc.), setting Google Chrome or Mozilla Firefox as the default browser (since XP’s Internet Explorer 8 will no longer be updated), and avoiding the Internet as much as possible or at least being particularly cautious about how you use it (e.g. avoid visiting unfamiliar sites, opening e-mails from unknown senders, etc.). But one of the first lines of defense on any computer is keeping the operating system patched, and that’s no longer an option with Windows XP. (Unless you’ve got millions of dollars to throw at Microsoft for private support, that is.)

Microsoft, of course, wants you to purchase an upgrade to Windows 8.1, or purchase a new computer with Windows 8.1 preinstalled.

But for a significant number of those who are still using Windows XP, neither of those options is very appealing.

The average user simply doesn’t have the time, patience, or expertise to manually back up all their files and programs, reformat their hard drive, and reinstall everything from scratch (which is required for an upgrade, since you can’t jump directly from XP to 8.1).

For many users, the monetary costs of upgrading are also a concern. Many will balk at paying a whopping $120 to $200 (or the slightly more reasonable $70 for students; all prices are in U.S. dollars) for Windows 8.1—which some people view as another Vista, as it features radical changes that don’t appeal to everyone (the lack of a Start menu, the new default Start screen interface with “tiles”, the two separate versions of Internet Explorer that behave differently, etc.).

Users who lack the time or the technical skill required to reformat and reinstall Windows on their own could be stuck paying for not only Windows 8.1 itself, but also the labor costs of having a computer shop or local technician do the upgrade for them. (Best Buy’s Geek Squad, for example, charges an additional $130 to $200 for in-store or on-site Windows installation, respectively—and that doesn’t include the copy of Windows—so you could end up paying $400 if you buy Windows 8.1 Pro and then have someone install it for you.) You might also need to buy a RAM upgrade if you have a particularly old PC. And if you’re going to spend that much money anyway, you’d probably be better off buying a brand new PC.

For some, refusing to switch to Windows 8.1 is a matter of principle; Microsoft is knowingly putting the world at risk by abandoning Windows XP, which is still used by 27% of the world’s online computers according to the latest numbers from Net Applications. 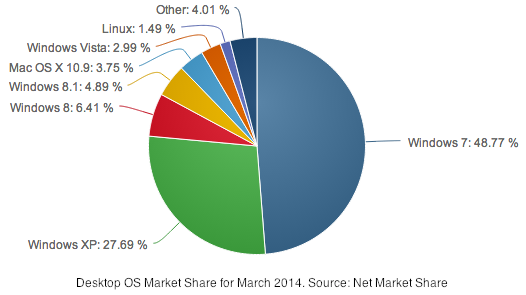 It’s not just those 27% of computers that could be negatively impacted by Microsoft’s abandonment of XP. PCs that become infected due to a lack of security updates could end up as participants in a botnet, for example. Grandma’s old Windows XP tower could end up sending spam or participating in distributed denial of service (DDoS) attacks.

Although Microsoft has legitimate reasons to stop patching such an ancient (in computer years) operating system, some view the termination of Windows XP updates as little more than an excuse to profit from users who will be forced to buy an upgrade. Naturally, the perception of being victimized by a multibillion-dollar corporation isn’t likely to make anyone feel very happy (except, perhaps, the corporation’s shareholders).

Since people who still use Windows XP are going to have to shell out some cash one way or another, some might reasonably use this as an opportunity to buy a Mac or an iPad for the first time. 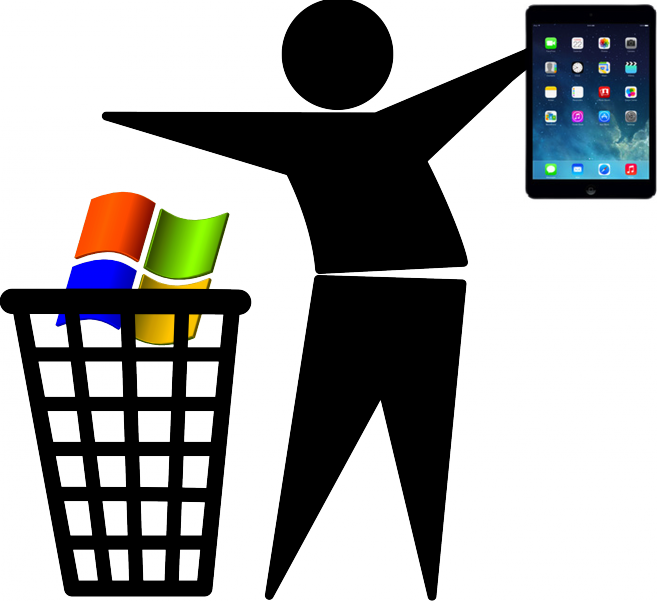 Now could be a great time for XP users to switch to Apple.

Depending on what one uses their computer for, Windows XP switchers might be happy getting a Mac mini to use with their PC’s old monitor. While the Mac mini’s $600 price tag ($580 for education customers) might be a bit much for someone who’s already unhappy about having to replace their Windows XP PC, previous-generation Mac minis with a Core i3 or i5 processor can often be found for $450 or less on eBay (example U.S. search; check the “Show only sold listings” box to see the most recent sale prices).

But the really sweet deal might be an iPad, if an iPad will do everything the user wants to do. An iPad mini starts at $300, and Apple sells refurbished iPads for even cheaper. That price point is certainly competitive with low-cost Windows PCs, and you aren’t likely to find Apple-quality hardware amongst the selection of Windows PCs at that price.

I’m not naïve enough to predict a massive global surge in iPad sales, all thanks to former Windows XP users switching in droves. But I do see the iPad as a decent alternative for many XP users who dread the idea of being forced to migrate to Windows 8.1.

And last but not least, since we’re discussing Windows XP, this is as good a time as any to remind readers that if you still use Windows XP on your Mac via Boot Camp or a virtual machine, you may want to consider upgrading your Mac’s copy of Windows as well.