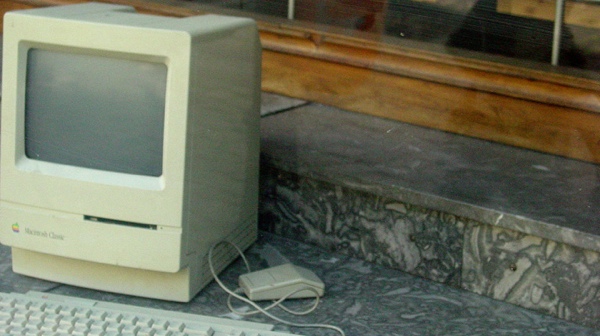 Alright kids, it’s time for Auntie Lysa to go on a rant about Ye Olden Days. Are you ready?

I’ve been listening to/reading a lot of things talking about “viruses” as the object of computer security. I know this is really nothing new, but as the computer security landscape changes, this sort of attitude seems more impossibly outdated and harmful. It’s a bit like viewing phones as those giant, ancient devices that hung on the wall, whose dial you used to have to spin with your finger and whose only purpose was speaking to someone very far away. Now phones are slabs of glass that are such powerful computers, you could use them to send a space shuttle to the moon. Oh, and you can also use them to speak to someone far away.

Once upon a time, the main worry about computer security was indeed getting infected with viruses. Viruses could move far and fast, and they could wreck your entire day. Maybe even several days. Virus outbreaks sucked. Viruses were often destructive, and would overwrite your data so that you couldn’t recover it. Yuck. But there hasn’t really been a virus outbreak on any operating system in a really long time. Years and years.

But we aren’t really safer or less vulnerable to computer security issues than we were years and years ago. Viruses have fallen out of favor, but Trojans are now much more prevalent. And, like Flashback, they can sometimes hit a whole lot of people. There are huge numbers of new Trojan variants discovered every day, mostly for Windows and Android. They’re not destructive in the “Oh no, it’s killed my data!” sense, but in the “Oh no, they burgled my data!” sort of way. Which still sucks, if you ask me.

Even that is only part of the problem these days. Malware is still an issue, but attackers aren’t stopping at making you run their code so they can get your data. Sometimes it’s simply easier to steal your data by breaking and entering, or stealing your credentials from some third party.

The upshot of my rant is this: We all know what “anti-virus” software is, but this is not the whole of the security needed to protect you, digitally speaking. Malware is not the only way to ruin your computing day. We need to protect our data and our computers, not just fight malicious code.