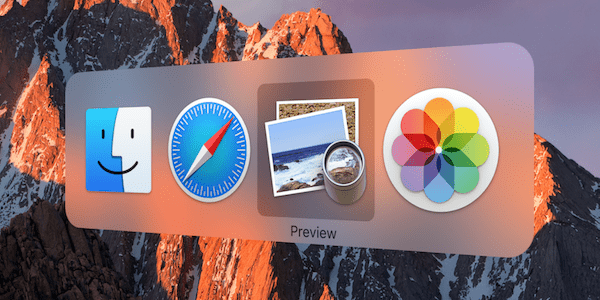 If you’ve used a Mac for any length of time, you’ll likely know holding Command and tapping Tab activates an application switcher. This lists currently running apps, and enables you to quickly switch between them.

Yet, you might not know that the app switcher has little-known hidden secrets. This article explores such shortcuts and features, along with third-party apps that improve upon Apple’s switcher in key ways.

How to Use the macOS App Switcher

Hold Command and tap Tab to display the app switcher, which lists open apps in order of recent usage. The app switcher stays open as long as Command remains held. The second app in the list (the one used prior to what you’re currently using) is selected by default. Release Command and you switch to that app. 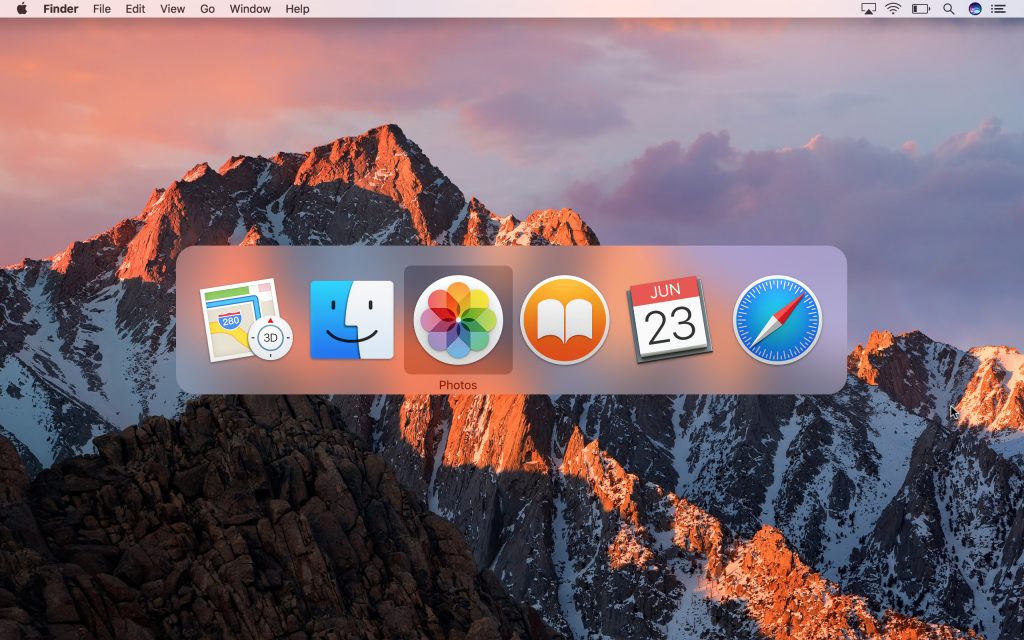 You can also use a trackpad or mouse for navigation and selection: a two-finger drag quickly moves the selection box, and clicking an app icon selects it.

To access a specific app window, press the up or down arrow key when the app is selected in the switcher. This opens Exposé. Open windows are displayed as large thumbnails. Minimized windows are shown smaller, at the bottom of the screen. 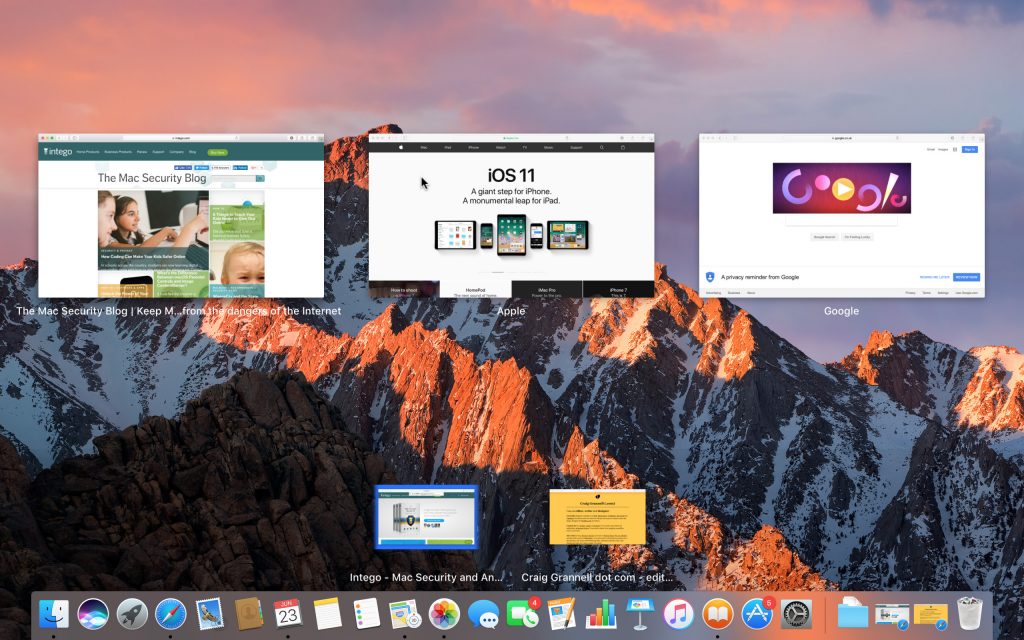 These thumbnails can be navigated using the arrow keys, or by typing a few characters to ‘snap’ to one with a specific name. (For example, ‘INT’ would likely be enough to select a Safari window housing the Intego website.) Return confirms your selection. Escape closes Exposé, existing to the app you were previously using.

The app switcher can be used to hide or quit apps. While holding Command, press H to hide the selected app, or Q to attempt to quit it. If you keep Command held, you can perform this action on multiple apps. (Note: apps with unsaved changes don’t quit – they stay open and display dialog boxes offering to save your work.) 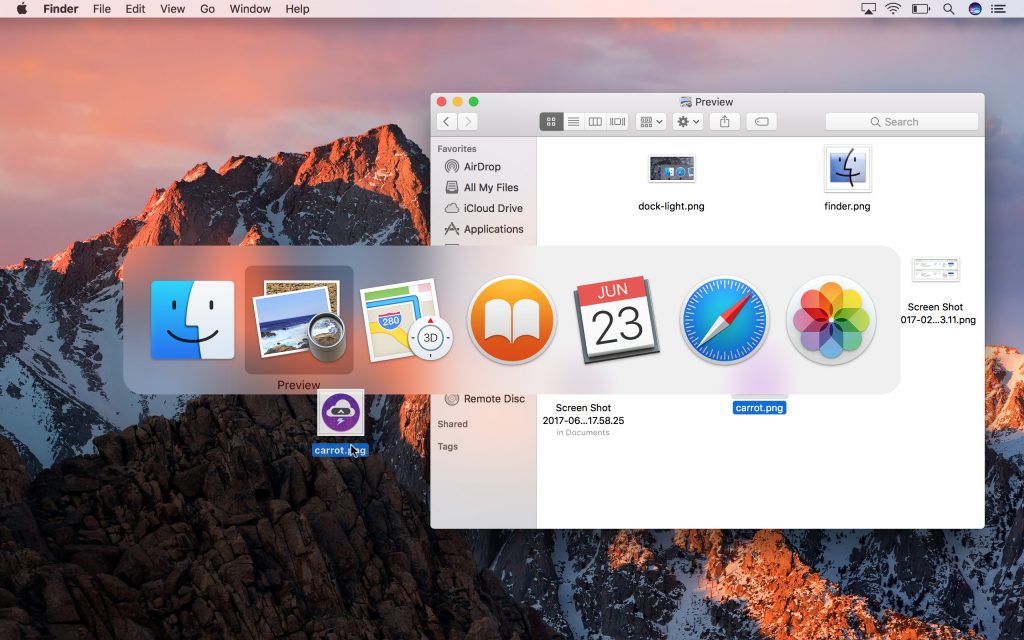 The app switcher is drag-aware, so you can use it to open a document in an already open application. For example, to open a JPEG in Preview, start dragging it in Finder, press Command+Tab to open the app switcher, and drop the file on the Preview icon. You can similarly drag content – such as selected text – between apps that support doing so, although copying and pasting is usually faster.

Contexts ($9; free trial available) is an app that promises “radically simpler and faster” window switching. When activated, it replaces the default macOS switcher, and instead shows open apps and windows as a vertical list. 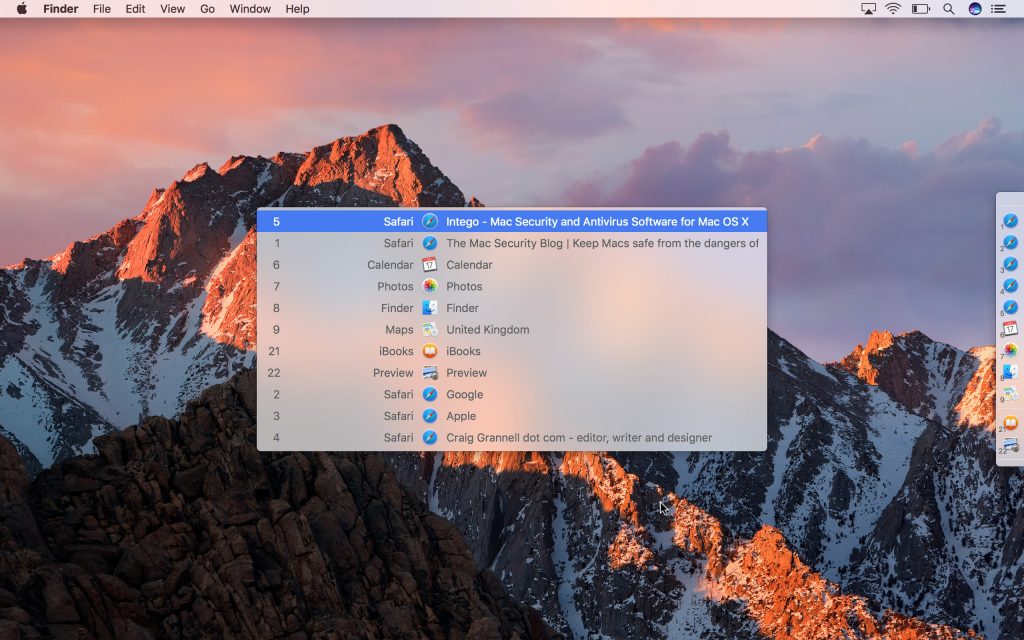 Along with showing windows alongside apps, Contexts offers further advantages over the default macOS switcher. You can – with Command held – type the number displayed alongside an app or window to quickly switch to it.

If you have many apps and windows open, Contexts offers a search. Just to it from any app with Ctrl+S, or by pressing S when the switcher is already open. Start typing and the list is filtered to display only items matching your search term.

Should you wish to use Contexts and Apple’s switcher, activate Contexts, and click Pref. at the top-right of the window. In the Command+Tab section of the Preferences window, uncheck Command+Tab, and check Option+Tab. The Apple switcher will now work as normal, and Option+Tab will activate Contexts.

Out of the box, you get two switchers (although you can create more using the + button). The first resembles Apple’s, but drills down into a more straightforward windows list when you press the down arrow on a selected app. Pressing S when the switcher’s active opens a search that’s much like the one in Contexts. 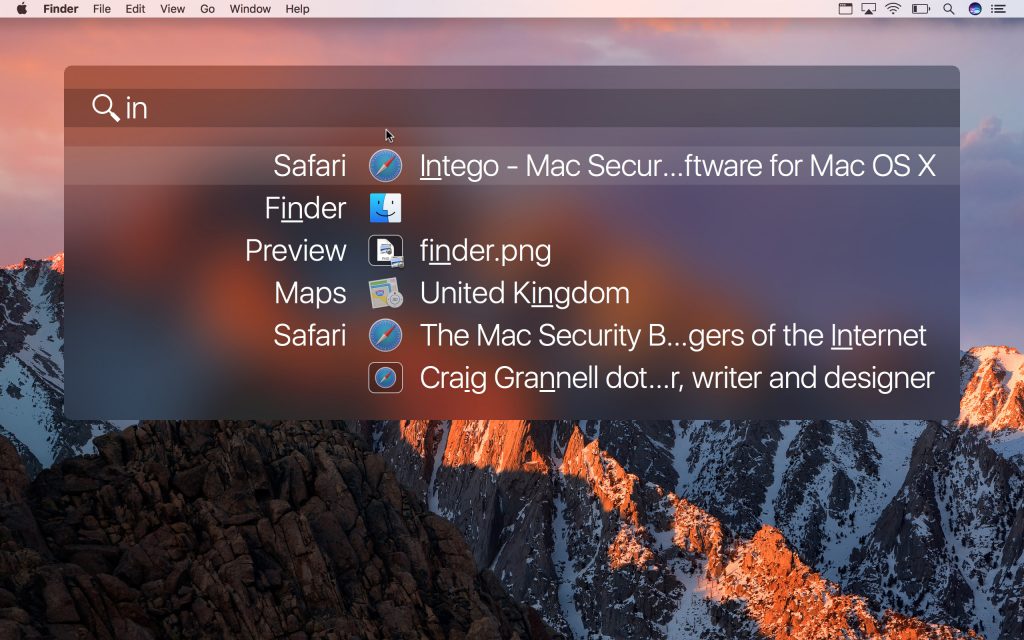 The second switcher only cycles between open windows, omitting apps entirely. Both switchers can be given unique keyboard shortcuts. (Use Command+Tab on the first to have it ‘replace’ Apple’s. Option+Tab is then a good bet for the secondary switcher.) You can also define whether the switchers list tabs alongside windows, and the sort order of what’s displayed. If you’ve always wanted an app switcher to show items in alphabetical order, Witch is your app. 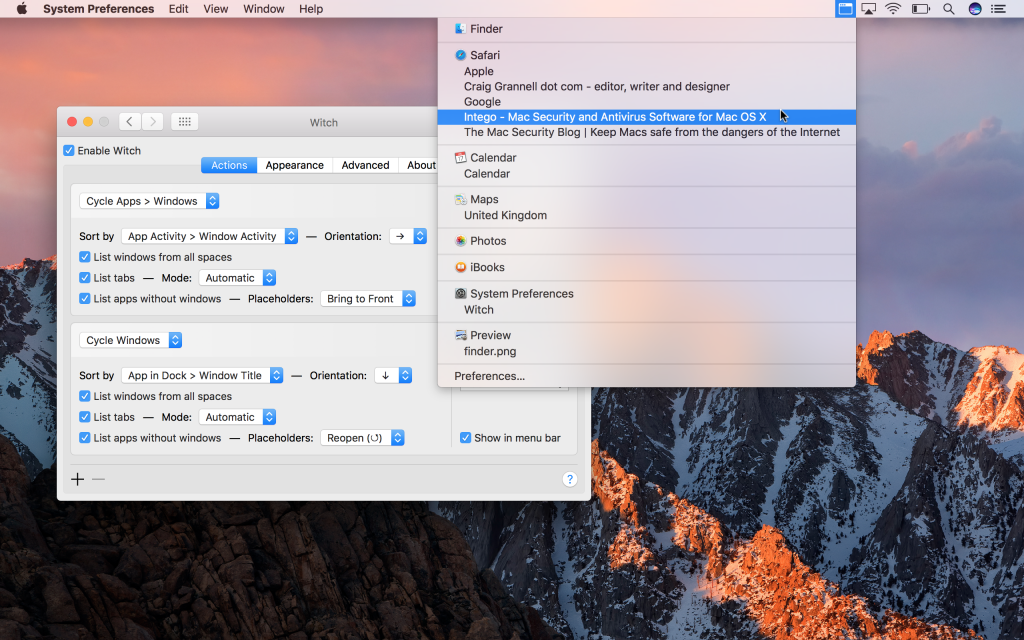 As a parting shot, Witch even enables you to avoid the app switcher entirely, by providing access to open apps and windows via the menu bar. Any defined switcher can be added to this menu extra, providing speedy access to anything that’s open on your Mac.

New to Mac? Let’s get you started on the right track!