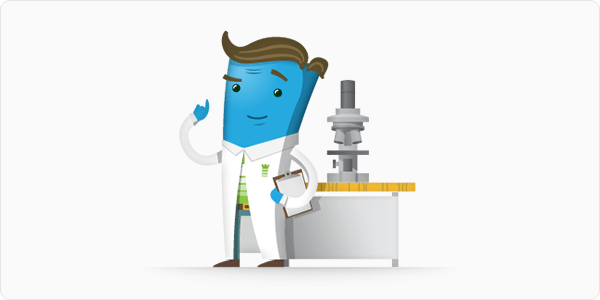 For many people, the Internet’s ubiquity is akin to a utility. Like electricity and running water, there’s a tendency to not think about the Internet too much – until something goes very wrong. But also, prevailing attitudes towards Internet safety tend towards ‘flick of a switch’ solutions – the notion a piece of software or a service from an ISP is enough to ensure the younger members of your family remain safe online.

This is fundamentally wrong. Although software can be an ally – especially when you’re attempting to protect very young children – the reality is education and discussion are also vital. And that means for children and parents alike.

What follows are three short stories that impart useful lessons when considering how to manage Internet usage for your own families, with ongoing safety and privacy in mind.

Lesson 1: Software is not a magic wand

This story isn’t a personal one, but nonetheless provides insight into what can happen when people make broad assumptions about technology-based Internet filters. In my native United Kingdom, the government has of late been keen on Internet service providers activating content filters by default, only barely stopping short of outright centralized content regulation (although that’s in the current government’s manifesto). The reasoning is to protect young children from unsuitable content.

If you’re well-versed in technology, it’s easy to be cynical about such claims. Arguments about censorship rage, with concerns that when any legal content becomes blocked by default, it’s the thin end of the wedge. But reports that pop up in the news suggest the more widespread problem is the somewhat scattershot nature of filtering combined with complacency on the part of users.

Sometimes, content that shouldn’t get through a filter does, resulting in parents who assumed unsupervised children were ‘safe’ getting a nasty shock. Elsewhere, you’ll find stories about opaque and over-zealous blacklists wrongly blocking content, leaving vulnerable teens and children unable to access helplines regarding child abuse or critical information about sexuality.

Whether these blocks were algorithmic or accidental in nature is irrelevant. The point is that should you decide to activate such filters or software, you need to do so with your eyes open, and an understanding that software isn’t typically very nuanced. For very young children, supervision remains key. Should they get unsupervised time online, consider a ‘whitelist’ of sites you’ve personally vetted and are happy for them to use alone, rather than automated blacklists.

As children get older, though, the best route to Internet safety is to prioritize discussion over technological solutions, which is the subject of the next story.

Lesson 2: Discussion is key to children being safe online

An acquaintance is a prominent figure in the technology industry. Her daughter had therefore grown up surrounded by technology and Internet-enabled devices, and had always been respectful of such things – even slightly cautious.

When old enough to surf the web alone, she one day decided to search for her mother’s name. Instantly, the browser listed page after page of articles and images about her mother. Needless to say, this was a jolt.

Her mother explained that having authored many books and spoken at a range of public events, such an online presence was to be expected. Most importantly, these decisions had been down to choices she consciously made. However, she warned it would be feasible to find a similar level of information about yourself online if you shared content in an unthinking manner.

Stories elsewhere on the web about online sharing are often far less pleasant and reasoned tales. We hear of kids who send intimate imagery to someone who then vindictively shares it with all and sundry. The natural instinct of parents and governments alike is to assume ‘control’ is a fix. They clamp down on Internet use and install filters. But as already noted, the Internet is today close in nature to a utility – as kids get older, they will find ways to get online.

It’s therefore vital they are well informed. They need to understand that the Internet is a glorious, amazing place, but also something to approach with caution. And while over-sharing may feel good at the time, sending someone anything of a very personal nature may result in it being permanently accessible to the world, rather than a single individual.

Lesson 3: Think what you yourself are sharing

When parents get into Internet safety, they tend to spend time thinking about what their kids are doing, yet don’t consider their own actions. After all, they are the grown-ups and know how everything works! Or so they think. But from simple social media status updates to photo uploads, have you already started building a searchable mesh of online content about your children? Will they thank you for that when they get older?

That might sound extreme – even a bit tinfoil hat. But the reality is search engines and social media sites suck in whatever information they can. And while you might reasonably think photos of your amazing children at every stage of development need sharing with the entire planet, you should instead consider being more focussed and private regarding such online activity.

This line of thinking became particularly apparent for me before I had a child of my own; it was largely down to a friend who I for a while thought was eccentrically expressing his inner Seuss. In every public online post that referred to his children, he’d call them Thing One and Thing Two. There wasn’t even a reference to gender. He later explained this was intentional. He enjoyed talking about and was rightly proud of his children. But through stripping posts of identifiable information, he retained a measure of privacy for his kids. In the future, there will be no way to search for their names and see a string of posts and photos from their father.

So consider a similar approach. Obfuscate personal details about your children when posting publicly. Consider not uploading photos to public-facing web pages, and instead use services that enable you to restrict access to a specific list of people (such as iCloud Photo Sharing or a private Facebook group). At least then your kids will be able to decide what they want to share with the world when they’re old enough, rather than you having already widely shared many years of their life without their consent.