Apple has released Safari 6.1 with patches for 21 vulnerabilities to improve its web browser security. The Safari update addresses a number of Webkit flaws that may lead to information disclosure and cross-site scripting attacks, as well as a Safari vulnerability related to arbitrary code execution. 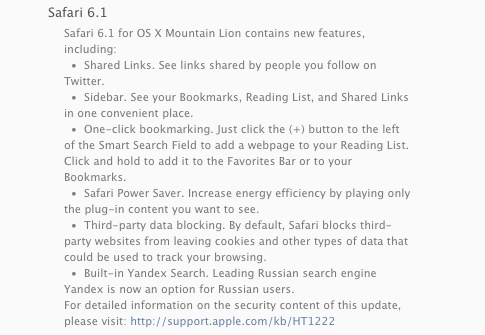 The following vulnerabilities were fixed in this update: