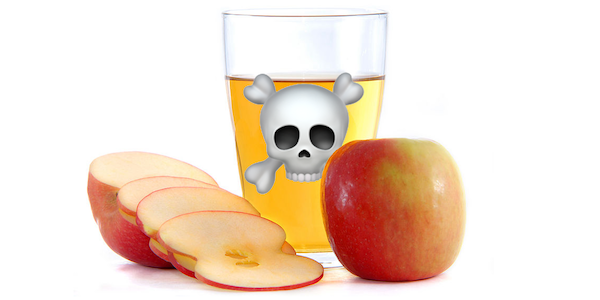 Security researchers have uncovered a new strain of malware, identified by Intego VirusBarrier as OSX/Lazarus. The discovery of Lazarus Mac malware, produced by a threat actor known as the Lazarus Group, has breathed new life into an infrequently discussed topic in Mac security: advanced persistent threats (APT).

What Is an APT? 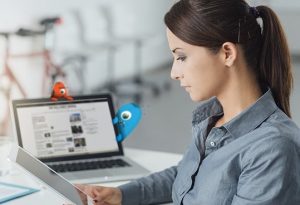 Who Is the Lazarus Group?

The Lazarus Group is believed to have ties to North Korea for a variety of reasons, having been linked to attacks on the government of South Korea as far back as 2009. Other attacks attributed to the Lazarus Group have included the Sony Pictures breach in 2014 and a variety of attacks on banks and cryptocurrency exchanges in recent years.

In an analysis of the Windows version of the recently discovered Lazarus malware (also known as “Fallchill”), system language codes were found that hint that the malware was created on a system that prefers only Korean dialects. This discovery alone is not conclusive evidence of ties to North Korea, but malware analysts say that the language code is not something they have seen in the past, and could therefore indicate a slip-up by the developer.

The Windows variant has an string that hints at North Korea ties. Image: Securelist

Definitively attributing an APT to a threat actor can be challenging, because there is always the possibility that a sophisticated developer has planted “false flags” to mislead researchers, or has borrowed code or techniques from another threat actor to throw researchers off their scent. In this case, however, there is an abundance of evidence linking the recent malware to previous Fallchill malware that has been attributed to the Lazarus Group, including the reuse of command-and-control server IP addresses and the same hard-coded encryption key baked into the malware’s code.

What Is Known About OSX/Lazarus?

The recently discovered malware campaign (codename “jeus,” also known as “Operation AppleJeus”) appears to have launched publicly in late April 2018, as a Trojan horse under the guise of a cryptocurrency trading application going by the name “Celas Trade Pro” by the company “Celas Limited” (or Celas LLC). Windows and Mac versions of the software installer were available to download through the company’s site. 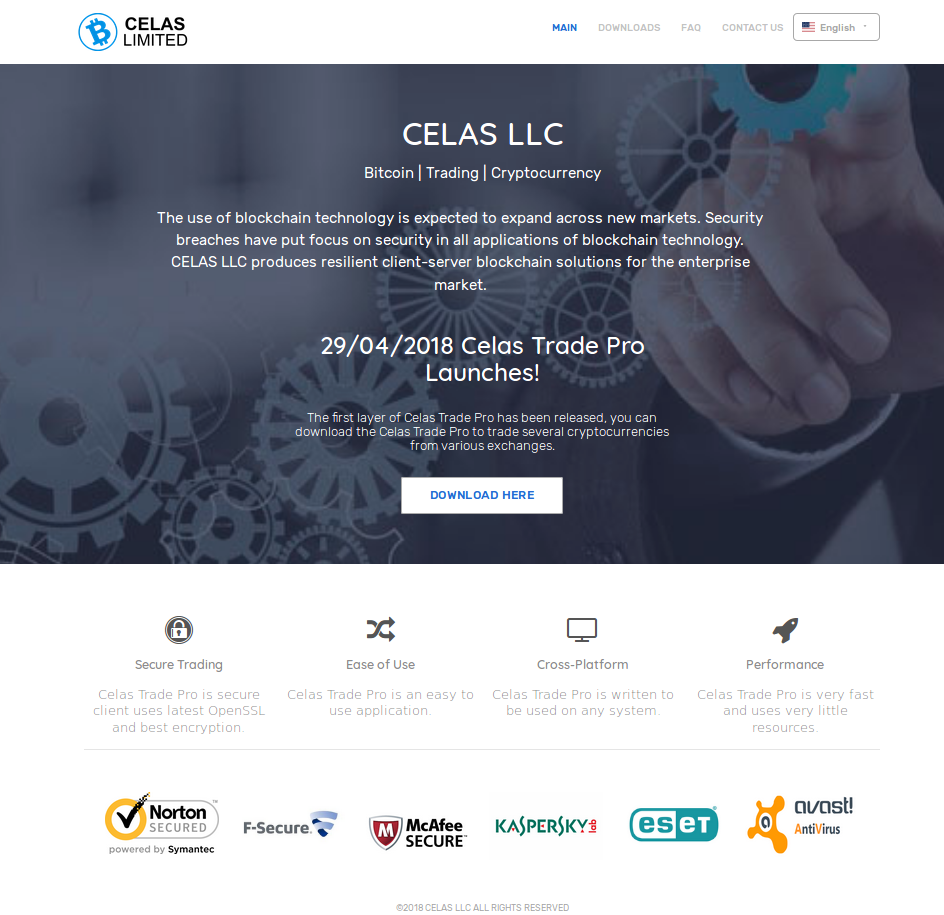 The Celas Limited homepage implies that the Trojan horse was released in late April 2018. Image: Securelist

Upon installation, Celas Trade Pro’s auto-update functionality would activate, acting as a malicious dropper that would install an unwanted backdoor payload on the victim’s computer.

The Mac version’s autoupdater is invoked by a LaunchDaemon file named “.com.celastradepro.plist” (with or without a period at the beginning, depending on the version; the preceding period makes a file or folder invisible in the Finder).

When the malware phones home to a command-and-control server, it uses a hard-coded User Agent string that identifies itself as “Mozilla/5.0 (Macintosh; Intel Mac OS X 10_12_6) AppleWebKit/537.36 (KHTML, like Gecko) Chrome/66.0.3359.139 Safari/537.36” — in other words, it pretends to be Chrome 66 running on macOS Sierra. The specific browser version string hints that the Mac version of OSX/Lazarus was likely developed sometime after April 26, 2018, the date this exact Chrome version was released, which aligns nicely with the April 29 launch date indicated on the Celas Limited homepage.

How to Tell If Your Mac Is Infected

If you know that Celas Trade Pro has never been installed on your Mac, then you’re probably safe from this particular threat. If you share a computer with others, or if you are uncertain whether the app might have been installed in the past, you can check for the presence of the following files on your Mac to identify whether it might be infected.

Network administrators can look for potentially infected systems by checking logs for computers attempting to connect to the following domain or IP addresses:

Intego VirusBarrier detects and eradicates this threat as OSX/Lazarus.

The name “John Broox” appears in several places associated with the new Lazarus malware, including the Get Info window of the Mac app, and the WHOIS record for the Celas LLC domain name (in both the Registrant Name and Registrant Email fields). 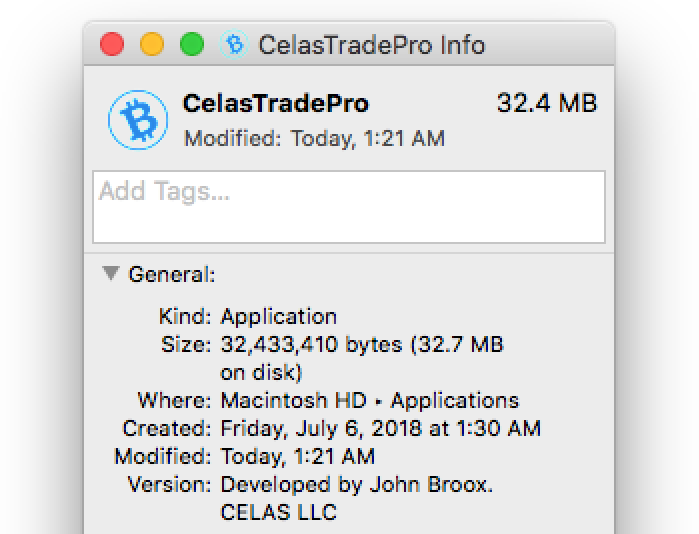 The malware app’s Get Info window claims that it was developed by “John Broox.”

Interestingly, we also discovered that an EXE file from the Windows variant of the malware was uploaded to the multi-engine VirusTotal scanning site on June 13, 2018, just three hours after the app had been compiled. Within minutes, the file was marked as “Safe” by two community members: johnbroox200 (which matches the username portion of the WHOIS e-mail address) and waliydarwish222. Evidently, someone involved with the creation of the malware was testing to see whether it would be flagged by any popular anti-virus engines before releasing the malware to the public, and they tried to increase the file’s credibility by adding positive reviews.

Is John Broox a real name? No, it almost certainly is not. According to various name information sites, the surname Broox with that spelling is extremely uncommon; only a handful of people worldwide are believed to have it. 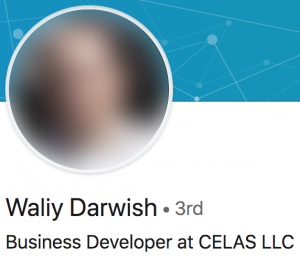 But what about the second name, Waliy Darwish? It is unclear what Mr. Darwish’s involvement is. He seems to have fairly legitimate-looking profiles on LinkedIn and Twitter identifying himself as “Business Developer at CELAS LLC” since February 2018. It  is possible that he may have been hired to assist with the development of the legitimate portions of the Celas Trade Pro app, before “John Broox” added the malicious components. If Darwish is a real person, it’s unclear whether he knew about the malicious component of the app.

Although it is unknown what the creators’ intentions were when naming the app and the campaign’s code name, there are some interesting potential etymological meanings behind the words.

“Celas,” the name of the company and the app, can be an Ido and Spanish word meaning “you conceal,” with an additional Spanish meaning of “you watch over.”

“Jeus,” the apparent code name of the malware campaign, can be a Catalan word meaning “you lie down.”

So perhaps the idea is that while you (the victim) lie down, you (now meaning the threat actor) conceal malicious activity (in a Trojan horse) and watch over the victim (via the Trojan’s backdoor payload) while they sleep.

We’ll talk about OSX/Lazarus on this week’s episode of the Intego Mac Podcast. Subscribe now to make sure you don’t miss an episode!

If you’d like additional technical details about OSX/Lazarus, you can read Securelist’s coverage.