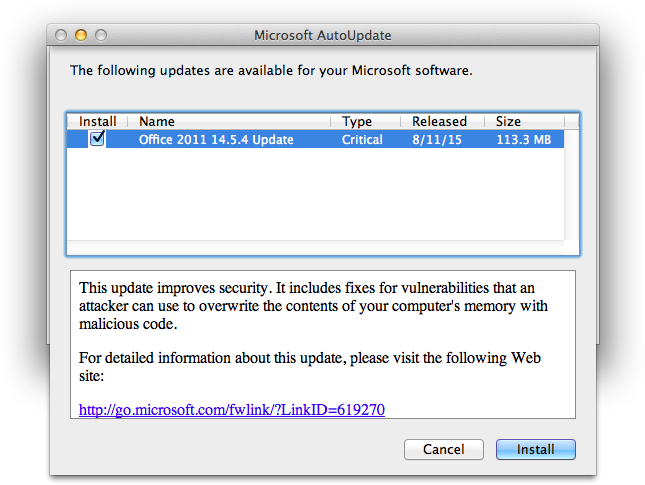 “This security update resolves vulnerabilities in Microsoft Office. The most severe of the vulnerabilities could allow remote code execution if a user opens a specially crafted Microsoft Office file. An attacker who successfully exploited the vulnerabilities could run arbitrary code in the context of the current user. Customers whose accounts are configured to have fewer user rights on the system could be less impacted than those who operate with administrative user rights,” notes Microsoft’s security bulletin (MS15-081).

The vulnerabilities patched in the latest Office for Mac are described as follows:

We strongly encourage all users running Microsoft Office 2011 for Mac install these updates as soon as possible. Mac users can update your software by using Microsoft’s AutoUpdate application, or you can visit the Microsoft Download Center to get the Office 2011 14.5.4 Update (113.3 MB).