Each episode includes a cybersecurity news segment hosted by Intego’s Chief Security Analyst, Josh Long. This week’s video features a security story that we covered here on The Mac Security Blog, about how a single unidentified threat actor is operating a significant portion of Tor network relays.

Two of this week’s privacy stories have to do with Chinese laws regarding Internet use. First, Chinese gamers will need to verify their real names for all online games by September. Second, China has expanded its Great Firewall to block HTTPS traffic that uses Transport Layer Security (TLS) 1.3 or Encrypted Server Name Indication (ESNI)—two relatively recent technologies that improve security and privacy. 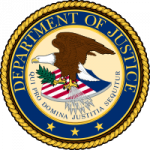 Meanwhile, the U.S. Department of Justice (DOJ) has filed an injunction in an attempt to stop California from having its own net neutrality laws. When net neutrality was repealed on a federal level, the U.S. Federal Communications Commission (FCC) attempted to prevent individual states from enacting their own such laws. California’s Attorney General says he looks forward to defending the state’s net neutrality protections.

For the rest of this week’s privacy news, watch this seven-minute video and read the related articles.