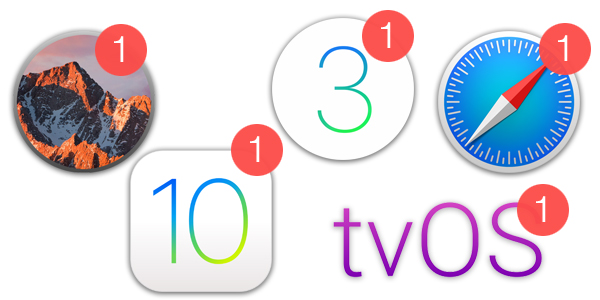 Apple today released software updates for all of its operating systems and Safari. As we all know, there is much more to these updates than what’s shown in the update description, so we have compiled all the important details below.

Listed as an update that improves the stability, compatibility, and security of your Mac, it mentions the following as being new and improved:

This update also addresses several security issues, 37 to be exact. These include:

Listed as recommended for all users and improves the security of OS X, the update addresses issues that could allow applications to gain system or kernel privileges, read restricted memory or escape its sandbox. In total, El Capitan received 13 security fixes.

Listed as recommended for all users and improves the security of OS X, the update addresses all but 2 of the same issues covered in the El Capitan security update. In total Yosemite received 11 security fixes.

For the full list of security issues addressed, have a look here. The updates can be downloaded through the App Store > Updates tab on all three OS versions. macOS Sierra users can also download a stand-alone update here. OS X El Capitan users you can get the security update here, and OS X Yosemite users can download it here.

This covered the updates available for just macOS and OS X, but there’s more.

iOS 10.3.2 is listed as an update that includes bug fixes and improves the security of your iOS device. A total of 41 security issues were addressed in this update, including:

The full list of security issues addressed can be found here. iOS 10.3.2 can be downloaded over the air by going to Settings > General > Software Update. You can also connect your iOS device to your Mac and let iTunes do the update for you.

The full list of security issues addressed can be found here. The tvOS update can be downloaded directly from the Apple TV by going to Settings > System > Update Software.

A combined 12 security issues were addressed in the watchOS 3.2.2 update, focusing on application privileges and maliciously crafted data being able to execute arbitrary code.

The full list of security issues addressed in this update can be found here. watchOS 3.2.2 can be installed by connecting the watch to its charger, then on the iPhone open the Apple Watch app > My Watch tab > General > Software Update.

That’s it for the OS updates.

Safari 10.1.1 is listed as an update that is recommended for all users and contains security improvements. In total, 26 security issues were addressed, 23 of which involved WebKit.

The full list of security issues addressed can be found here. The update can be downloaded by going to the App Store > Updates tab on El Capitan and Yosemite systems. For Sierra users, the update is built-in to the 10.12.5 update.

While not as extensive as the last round of security updates, we recommended that you install these updates as soon as possible. As always, make sure your Mac and iOS device are properly backed up before installing updates. If you need any help creating or fine-tuning your backup strategy, have a look at this article.