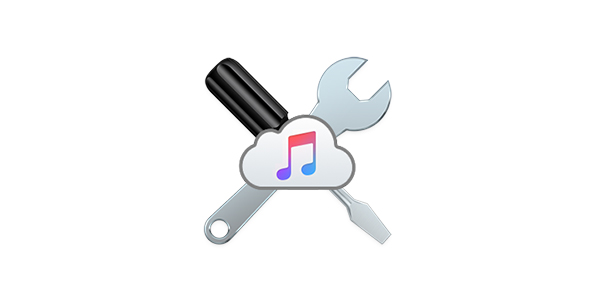 I recently wrote about a number of Apple Music annoyances; issues you may see when using Apple’s new streaming service. But there’s another source of headaches in the latest version of iTunes: iCloud Music Library. What’s going on with iCloud Music Library?

One source of confusion for iTunes Match subscribers is the fact that you no longer see the term iTunes Match anywhere in iTunes. While you’re still paying for this service — $25 a year — be aware that iTunes is not mentioning it anymore.

iCloud Music Library, together with Apple music, offer a feature that matches your local iTunes library with music in Apple’s cloud. In many cases, this matching works correctly. But, since iCloud Music Library matches music by only looking at your music’s metadata, it can make mistakes. For example, if you have a live album, iCloud Music Library may match some of its tracks to studio versions. It may also match tracks to greatest hits albums, compilations, or even soundtracks. And it often matches explicit versions of songs to clean versions. Because of this, matching is not very reliable, and it can be annoying to find that, when you try to play some of your music from the cloud, you’re not getting the same tracks that you matched.

Just as iCloud Music Library can match music incorrectly, it may also display the wrong album artwork for some of your tracks. If you have carefully added album artwork to music in your iTunes library, you may find that when you look, for example, on your iPhone, some of the artwork is different. There is nothing you can do about this; the artwork comes from the Apple Music catalog, and, as in the first point above, often results from incorrect matches.

This, to me, is one of the biggest annoyances I see in iCloud Music Library. As with iTunes Match, Apple Music won’t let users upload tracks that it considers to be duplicates. So if you have a song on one album, and it appears again on a greatest hits or soundtrack album, one of these songs will not be matched. But you cannot tell iTunes which one you want to keep. So when you play that studio album, you may find that one of its tracks is missing, even though it is in a different album in your iTunes library, such as a greatest hits album.

If you have an iTunes Match subscription, iTunes either matches your files with the files in Apple’s cloud library, or, if no match can be found, uploads them. When you re-download these files later, you can play them on any device. If, however, you do not have an iTunes Match subscription, and Apple Music matches your files, when you re-download them, or download them on other devices, they have DRM. You can only play these files as long as your Apple Music subscription is active.

A number of people have reported seeing tracks in their iTunes library that are dimmed — grayed out — and that show the iCloud Status as Waiting. It’s not clear why this happens, and, in many cases, patience is a virtue. This usually clears up, though it may take several hours, or more. If this happens, try updating your iCloud Music Library. To do this, choose File > Library > Update iCloud Music Library. This does not always resolve the problem, unfortunately.

What other annoyances or problems have you encountered in iCloud Music Library? Have something to else to gripe about? Leave a comment below and have your say.