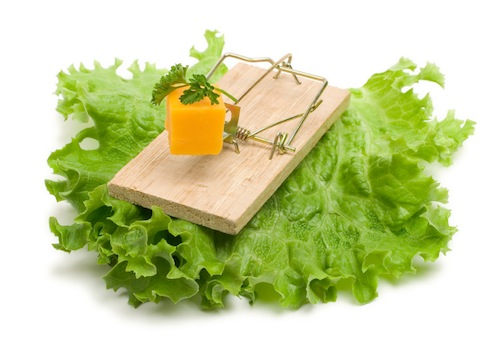 In a day filled with news of absolutely baffling decisions (Ben Affleck as Batman, really?!), it should perhaps come as no real surprise that a significant percentage of Americans have admitted to opening spam emails. People simply don’t always act in their own best interest, and falling for that tempting spam email is no exception.

According to an article on CNET, citing research by security vendor Halon, almost 30-percent of Americans have at one point or another given in to the temptation to open spam emails, knowing full well that they were spam. And almost 9-percent of the respondents have clicked on an attachment in spam. There’s no link to the original report or mention of what percentage of respondents clicked on links in spam, so we can only guess what that figure might be.

This story about spam temptation is amusing (in a macabre sort of way), but it should be considered more of possible indicators rather than solid statistics. I suspect that the percentage of people who have opened a spam email at some point in their life is actually significantly higher, and that the 30-percent figure probably represents the number of people who have followed a link in spam at some point in time.

Curiosity is simply too great a factor to ignore. People do things that they know could cause harm; they know they shouldn’t smoke, or text while driving, or hire the star of “hit movies” (like Daredevil?) to play Batman. But if it’s not likely to kill them (or their machines) to try it once, they’re bound to do it eventually.

The moral of the story is this: black-list filtering is not a perfect solution to unwanted traffic, especially as the number of problematic items grow (notably spam and Windows malware), because there will always be a few wanted things that get tossed on the junk heap and a few unwanted things that get through. If you’re in a position where you absolutely need to be sure of your security, it’s essential to find ways to remove curiosity from the equation, and you need to have additional means of protection. This may mean removing access to junk emails and unexpected file attachments or downloads, and it should definitely mean using additional layers of security to protect your digital life against harm from the few unwanted items that get through.