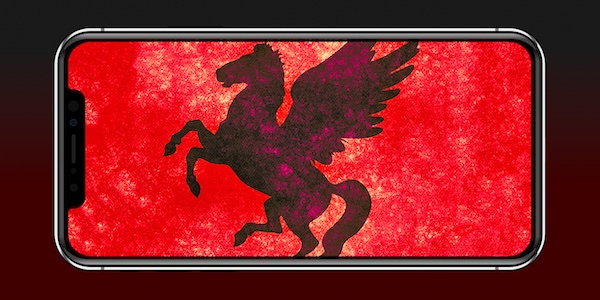 A new report claims that telltale signs of Pegasus spyware have been identified on at least five current French cabinet ministers’ mobile phones.

This news comes just two months after a July leak identifying tens of thousands of high-profile individuals who were allegedly potential Pegasus spyware targets. French president Emmanuel Macron was reported to be among the targeted individuals, along with hundreds of international “business executives, religious figures, academics, NGO employees, union officials and government officials, including cabinet ministers, presidents and prime ministers,” and more than 180 journalists.

What is Pegasus spyware?

Pegasus is spyware developed by the NSO Group, an Israeli company that markets its technology to government intelligence and law enforcement agencies to help “prevent and investigate terror and crime.” However, leaks like the one from July have hinted that perhaps NSO Group’s customers may have abused Pegasus to spy on non-criminal targets.

Pegasus often infects devices via “zero-click” remote attacks that exploit zero-day vulnerabilities in mobile operating systems and apps. WhatsApp and SMS text messages have been used in the past to deliver Pegasus, as well as several recent and past iOS vulnerabilities. (See Intego’s past coverage of Pegasus for additional details.) Targets are usually unaware that their devices are infected with spyware.

How can I know if my iPhone or Android phone is infected with Pegasus?

Unfortunately, Apple doesn’t allow antivirus apps for iOS or iPadOS in the App Store, which can make it difficult to know if an Apple device has been infected by Pegasus or other malware.

One way to identify the existence of Pegasus spyware on an iPhone, iPad, or Android device is to use Amnesty International’s Mobile Verification Toolkit (MVT)—but it isn’t easy to use. A third-party app called iMazing claims to be able to detect evidence of Pegasus infections on iPhones, although Intego has not tested it and cannot vouch for it.

The presence of other malware besides Pegasus can be detected on iPhones by VirusBarrier X9—the only Mac antivirus product that can scan the contents of iPhones for malware.

You can read our past reporting on Pegasus spyware via our Pegasus article archives.

We discussed Pegasus spyware and more on episode 197 of the Intego Mac Podcast.