Microsoft has released a security update for Office for Mac with fixes for vulnerabilities that an attacker can use to overwrite the contents of your computer’s memory with malicious code. This security update patches two flaws in Microsoft Excel for Mac 2011. 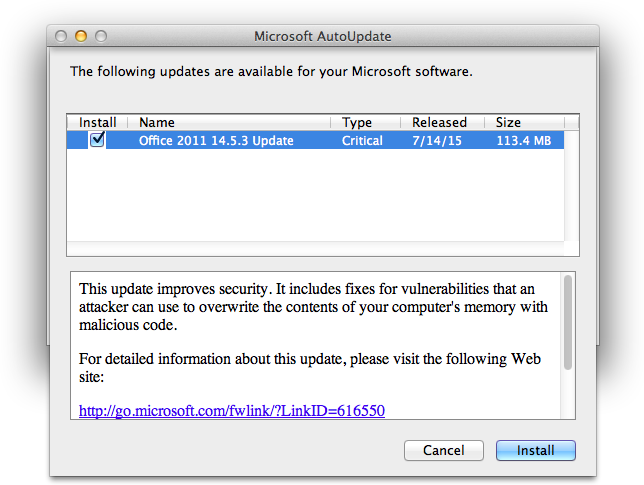 The memory corruption vulnerabilities patched in the 14.5.3 update are as follows:

Microsoft Office 2011 for Mac users should install these updates as soon as possible. Mac users can update your software by using Microsoft’s AutoUpdate application, or by visiting the Microsoft Download Center to get the Office 2011 14.5.3 Update (113.4 MB).