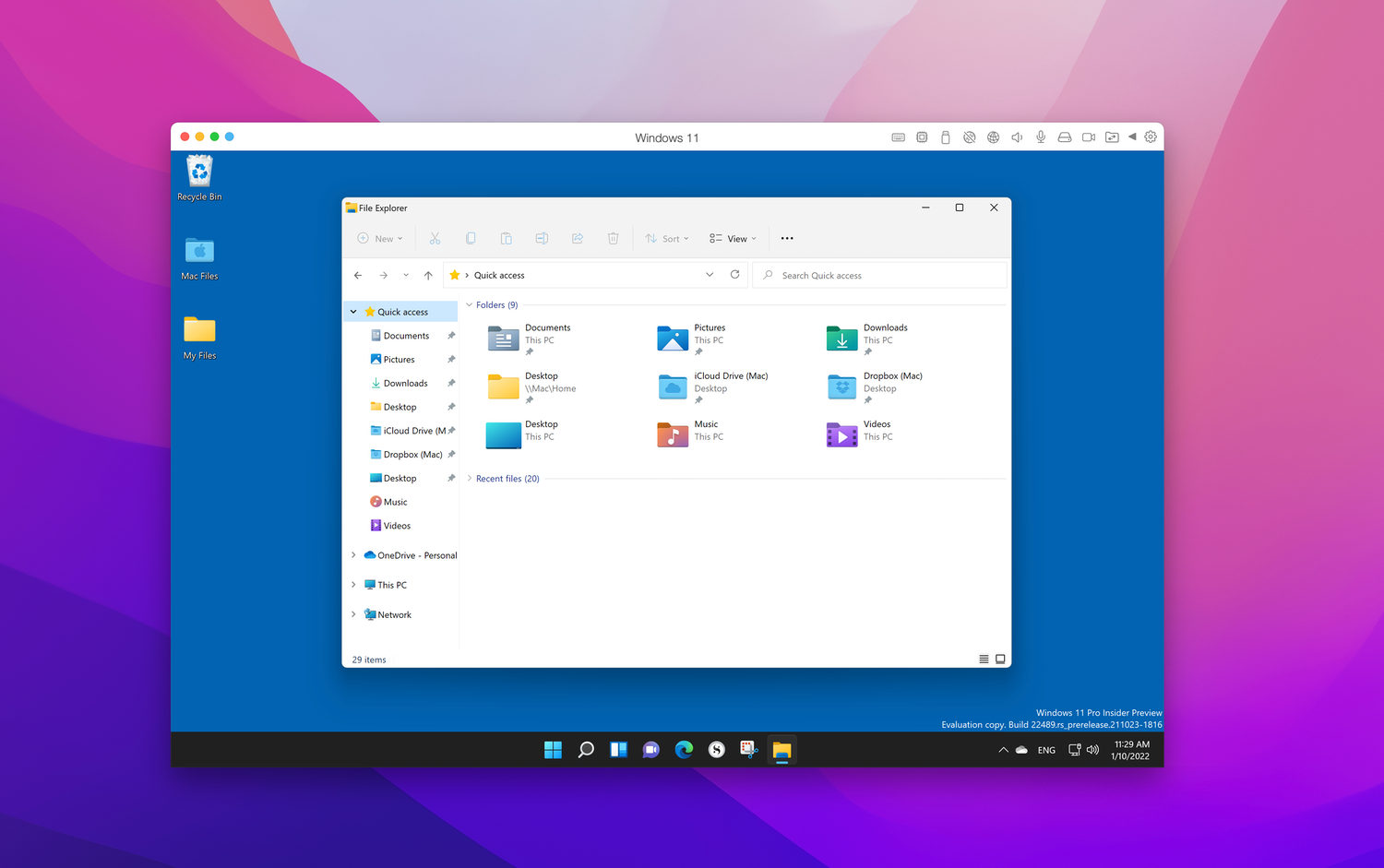 For some people, running Windows on a Mac is the perfect way to use a specific app that is unavailable on Mac, or to play Windows games. For a long time, it was easy to run Windows on a Mac. Since Windows is designed to run on an Intel processor, you could Windows on your Mac and boot into Windows, or run it in a virtual machine on your Mac.

But with the new M1 Macs, which run on a variant of ARM processors, everything has changed. In this article, I’ll look at the various options for running Windows on an Intel Mac, then discuss how you can run Windows on a new M1 Mac.

The history of running Windows on a Mac

Back in the 1990s, Apple and Microsoft fought for platform supremacy. Apple had a small sliver of PC market share, so many Mac users, especially in professional environments, also needed to use PCs to be able to run certain apps. Some needed to run specific apps for their business, others wanted to play games that were unavailable on Mac; many web designers would even use a Windows PC to ensure that their websites ran correctly on Windows browsers.

In 1994, Apple released a Mac that allowed users to run both operating systems on a single computer. The Power Macintosh 6100 was available in a version with a PDS (processor direct slot) card which contained an Intel 80486 DX2/66 processor, allowing users to boot into Windows when needed, or even run both operating systems simultaneously if they had two monitors. The 1996 Power Mac 4400 also supported Windows, through the use of a PCI PC compatibility card, which contained a Pentium processor.

When Steve Jobs returned to Apple, all this ended, and users needed to rely on emulation software. In 1997, Connectix released Virtual PC, an app that could emulate Windows on a Mac. While slow – Windows code had to be translated to work on Macs’ PowerPC processors – it did allow users to run Windows within macOS, and not have to reboot. For many years, Virtual PC was the go-to app for running Windows on the Mac, until Apple released hardware with Intel processors.

Running Windows on an Intel Mac

In 2006, when Apple switched to Intel processors, running Windows became simpler. Apple released Boot Camp, which allowed users to install Windows in a dedicated partition on a Mac and boot into that operating system when necessary. 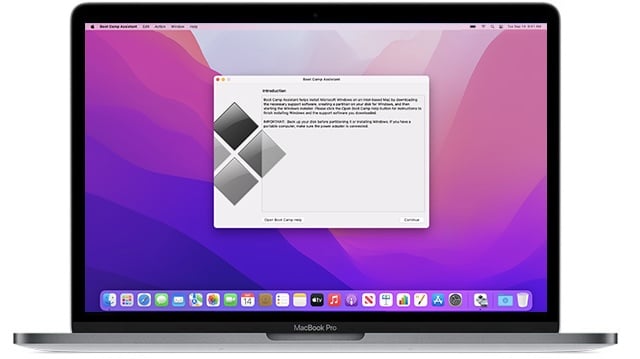 Around the same time Parallels Desktop was released offering virtualization; the ability to run Windows within macOS, rather than requiring that you choose an operating system at startup. One year later, VMware Fusion was released, offering the same capability, and today, these two apps offer excellent Windows virtualization on Macs; if they have Intel processors. (Both apps can also run other operating systems, including Linux, and even older versions of macOS.)

Another option available for Intel Macs is VirtualBox, which is free, but a bit complicated to set up. There’s also CrossOver, which can run some Windows apps, but not the full operating system.

As Apple shifts to its own processors on Macs, many users who want to run Windows may want to keep an Intel Mac around for that purpose, especially if they already own virtualization software.

Running Windows on an M1 Mac

Apple silicon-based Macs (that is, Macs with an M1, M1 Pro, M1 Max, M1 Ultra, or M2 chip) use a variant of ARM processors. Apple has decided not to support running Windows with Boot Camp on Apple silicon Macs. While Parallels Desktop can run Windows on an M1 Mac, VMware Fusion cannot. With Parallels Desktop, the process is exactly the same as on an Intel Mac, with the exception of needing a specific version of Windows. Microsoft makes available an ARM version of Windows 11 that you can access if you register for the Windows Insider Preview program. This version is not officially distributed otherwise, and is currently free. It’s not clear whether Microsoft will officially release the ARM version of Windows 11 outside of this preview program.

Parallels Desktop costs $80 for the standard edition, which is somewhat limited in the amount of virtual RAM and CPU cores it can use; the Pro edition is $100 a year. If you do use it regularly, the latter is probably a better option. There are also some limitations to running Windows in Parallels Desktop: the software doesn’t support DirectX 12, so you might not be able to play all those games you want to enjoy.

Another option is to use the open-source QEMU, which can emulate various operating systems, including Windows. As with Parallels Desktop, you’ll need to register for the Windows Insider Preview program to get an ARM build of Windows, and setting up QEMU is a bit more complex than using Parallels Desktop.

Thankfully, there’s a free (or rather, payment optional) GUI app that simplifies setting up and running QEMU VMs. The app is called UTM, and it’s available as either a standalone download (for free, but you have to manually update it when new versions are released) or via the Mac App Store ($9.99; includes automatic updates).

Check out our complete, step-by-step guide to running Windows 11 Pro on an M1 Mac for free using UTM.

Finally, CrossOver can still run some Windows apps, mostly games, on an M1 Mac, but not the Windows operating system. You need to check if the app you want to use is supported by CrossOver.

The future of running Windows on a Mac

In the future, if you have a fast internet connection, and only need to use Windows apps occasionally, you may no longer need to run Windows on a Mac. The future of Windows for the Mac may be in your web browser. Microsoft Windows 365 Cloud PC allows you to “Securely stream your Windows experience,” on any device: Mac, iPad, and even iPhone. With all the heavy lifting done on a cloud server, you won’t need to tax your Mac, or use up space on a drive. (Parallels Desktop virtual machines can take up several dozen gigabytes.)

For now, Microsoft is only marketing this service to businesses, and it starts at $31 a month. You essentially rent a virtual instance of Windows on a cloud server, and pay what you would for any other virtual cloud server, so this isn’t a solution for home users who need to occasionally use Windows apps, or who want to play Windows games on their Macs. However, if you do need to run Windows regularly for your business, this is an easy way to do so.

Many Mac users have long needed to use Windows: sometimes for a single app, sometimes because games aren’t available for the Mac. It’s true that since game consoles have become the norm, most serious gamers use them, but there are still cases where you may want to run Windows on your Mac. With Apple’s new M1 Macs, you’re more limited than with Intel Macs, but it’s still possible to run Windows when you need it.