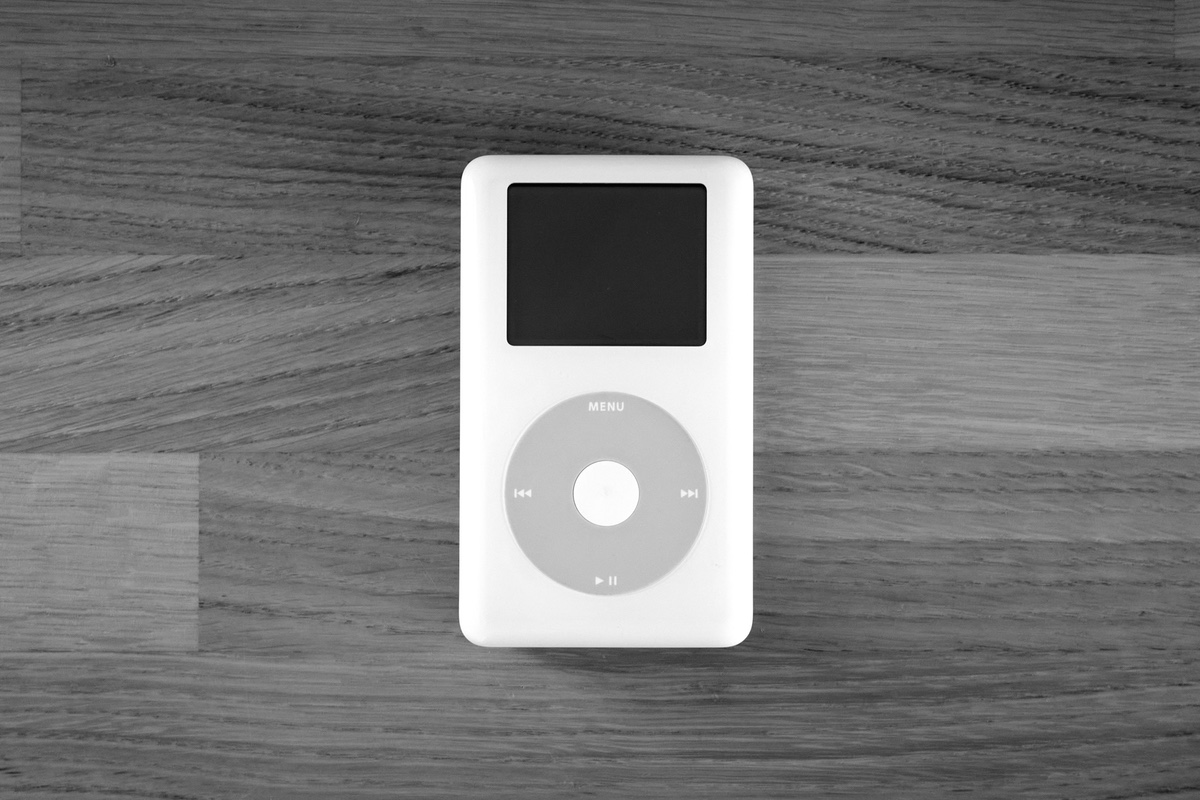 In 2001, Apple was just getting out of the rut it had been in for many years. Steve Jobs’ return in 1997 led to the iMac, released the following year, that changed the way people looked at personal computers. When the 1999 iMac came in “5 flavors,” computers could be fun.

Financially, the company was starting to come back from a fallow period. Microsoft’s $150 million investment in Apple, in 1997, partly a settlement of patent infringements, bolstered the company for a while, but Apple’s ambitions were big. Apple started selling products through the company’s own online store in November of that year, a decision that would prove profitable, leading to the juggernaut that is Apple’s current direct-to-customer retail machine.

2001 saw the introduction of iTunes (January), the creation of Apple retail stores (the first one opened in May), the introduction of Mac OS X, the biggest change to the Mac’s operating system in a decade (Mac OS X 10.0 was released in March, but the first truly viable version of OS X was 10.1, which came in September), and then, on October 23, 2001, Apple introduced the iPod.

This portable digital music player revolutionized personal computing, and helped Apple build the company as we know it today.

When, in January, Apple introduced iTunes, Steve Jobs said, “We’re late to this party and we’re about to do a leapfrog.” At the time, the idea of the iPod wasn’t even in the cards, but Apple soon hired Tony Fadell, who had worked on handheld devices at General Magic and Philips, to spearhead a team and build a better music player than what was then available. Portable digital music players were like clunky, miniaturized Walkman devices, and that wasn’t the Apple look. iTunes synced with several such devices, but the ability to handle the entire process, from ripping CDs, managing a library, and syncing to a portable player from Apple, would give the company control over the full experience.

Early on, the idea was to couple this with a digital music store, and Tony Fadell is said to have remarked at the time, “This is the project that’s going to remold Apple and 10 years from now, it’s going to be a music business, not a computer business.” He was right.

Apple’s press release for the iPod includes a quote from Steve Jobs: “With iPod, listening to music will never be the same again.” He was right. Not just would the iPod let you store “your entire music collection in your pocket and listen to it wherever you go,” but it would make computing personal.

Until then, computers, even in five flavors, were still impersonal devices used more for work than for entertainment. The iPod was the first truly fun computing device that fit in a pocket, a device controlled by touch, not by a keyboard. Sure, there had been PDAs, calculators, and other handheld devices, but they were for work; the iPod was for dancing.

Music piracy was a big issue since the development of Napster, the peer-to-peer music sharing service that launched in 1999. Apple leveraged the iPod and iTunes duet, and created the iTunes Music Store in April 2003, in part highlighting how this could prevent piracy by allowing users to easily download music: from purchase to sync to listening, it only took a few clicks. It wasn’t until October of that year that Apple launched iTunes for Windows, finally allowing Windows users – then around 90% of computer users – to enjoy the iPod.

Apple’s iPod sales were mediocre for the first couple of years. After the release of iTunes for Windows, sales increased substantially, but the real explosion of the iPod occurred in the fourth quarter of 2004. (Image from Wikipedia.)

By then, Apple had already iterated the iPod several times. What we now know as the “Classic” iPod saw several versions, and the iPod Photo, released in October 2004, was the first device with a color display. The iPod mini had also been introduced in January of that year, bringing the first iPod in five colors.

Now, Apple’s dream of controlling music from the source to playback was a reality. Apple’s market share among portable media players skyrocketed, reaching numbers that made it a near monopoly, as evidenced by the white earbuds which became ubiquitous.

“Only one of those is a computer”

The success of the iPod showed Apple how having end-to-end control of devices was efficient and profitable, and turned Apple from a computer company to a company making computing devices. When Apple released the iPhone – a direct descendent of the iPod – the future of the company was sealed. The same day, the company changed its name from Apple Computer to Apple Inc. As Steve Jobs said, “The Mac, iPod, Apple TV, and iPhone. Only one of those is a computer. So we’re changing the name.”

By this time, the iPod line included the iPod (classic), and there had even been a U2 Special Edition model; the iPod mini had morphed into the iPod nano; and two different iPod shuffle models had been produced. The iPod, now with video, started at $249, and came with a 80 GB hard drive. Apple now had more than 170 retail stores worldwide, where people could try and buy the iPod, quickly getting the latest player for a couple hundred dollars.

The iPod touch, released in September 2007, brought much of the iPhone’s feature set to those who didn’t want or need a mobile phone, for only $299. With its a wide-screen display, this turned the portable music player into a pocket computer.

But it was clear that the iPod would not last long; sales of the devices peaked in late 2008, as customers adopted the iPhone, which would eventually replace the iPod for most users. Today, all that’s left of the iPod line is the iPod touch, now only $199, a niche device for kids and industry, and you’d be hard pressed to even find it on Apple’s website, without searching for it.

As of Apple’s latest site re-design, following the October 18 music and Mac-focused Apple Event, Apple removed the Music tab from the top menubar, where the iPod touch could formerly be found—along with Apple’s Beats line of headphones, which are now also harder to find. (You can see what Apple’s Music page used to looked like on the Internet Archive’s Wayback Machine. Now apple.com/music redirects to apple.com/services instead.)

A lot has been written about the design of the iPod, and how this device helped Apple become a benchmark for the design of computing devices. The iMac had been revolutionary, but it still sat on a desk. The early candy-colored iBook was a bit gaudy, but when Apple released the white iBook in May 2001, it presaged the simple design of the first iPod.

Influenced by Dieter Rams’ T3 radio, the original scroll wheel iPod provided a new way of interacting with a computing device. In my mind, the apex of iPod design was 2004 click wheel iPod; one touch-sensitive scroll wheel that also accepted clicks at four points, and a clickable center button; no extra buttons above, as with the 2003 model; no separate buttons around the wheel, as with the first two iPod models. Clean, concise, and easy to use.

Jony Ive, now departed from Apple, applied Rams’ 10 design principles in his work. This minimalist, white design language has long been the hallmark of Apple products and accessories, and remains the most iconic element of the company’s products. 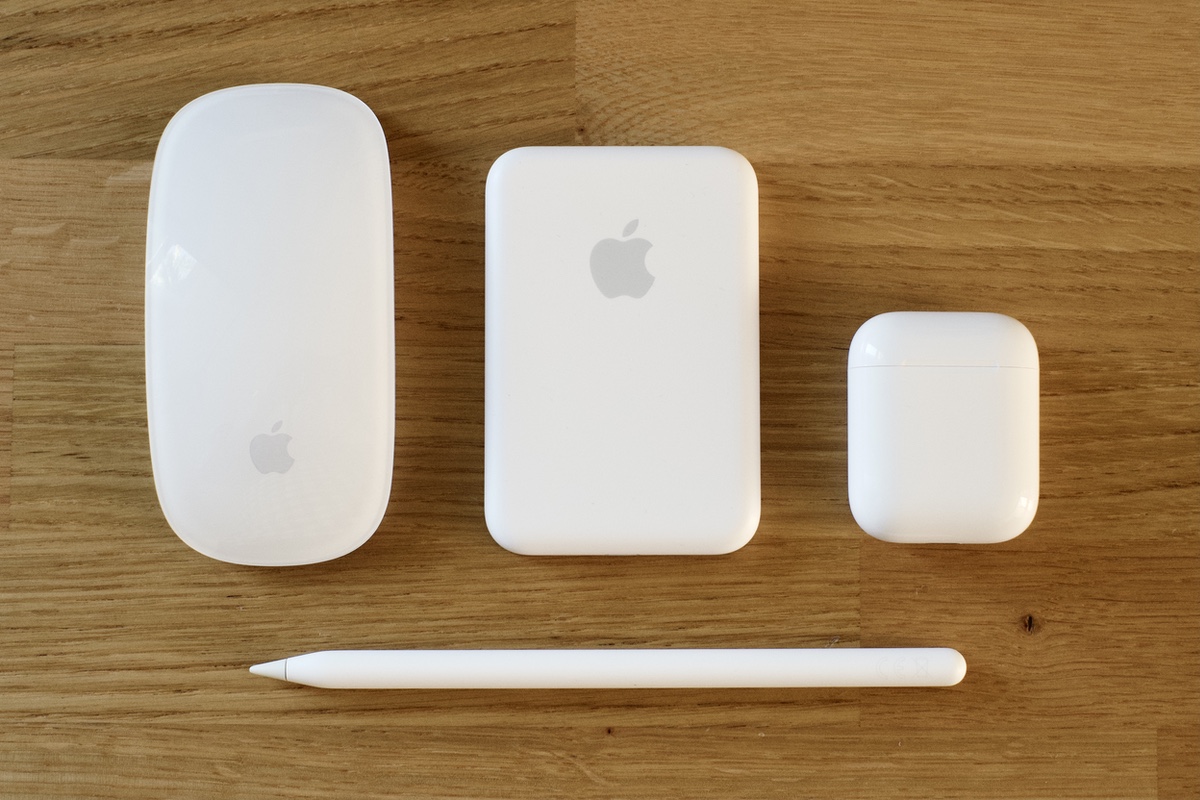 The future of Apple is services and wearables

The legacy of the iPod can be seen in Apple’s current revenue. iTunes led to the iTunes Store and Apple Music, where Apple makes money selling and renting audio and video content. The iPod led to the iPhone, which led to the App Store, where, Apple earns money selling apps. The iPhone also led to MobileMe, later iCloud, which had morphed from a Mac-only service to an essential cloud storage system for mobile devices. While much of iCloud is free, users pay to get enough storage to back up their devices. And now, with a number of subscription services, for video, fitness, and news, along with music, Apple is looking at stable, recurring revenue from non-hardware sales.

While the iPod shuffle was Apple’s first wearable device, it was never a big hit. But music accessories – Apple’s AirPods line, and other accessories over the years – spawned a valuable ecosystem. Add the Apple Watch (an iPod on your wrist, in some ways), and the wearables sector is a growing share of Apple’s revenue, currently around 11%.

Today, the Mac is only a small share of Apple’s income, about 10%. The iPhone accounts for half of the company’s revenue, services 21%, and the iPad – which could be seen as a big iPhone – about 9%.

The iPod ushered in the revolution in small, handheld computing devices, and set Apple on a trajectory to innovate and excel in that area. If Apple hadn’t made the iPod, the company’s history, and future, would be very different. Going forward, the combination of small computing devices and compelling services are the future of Apple, and the iPod can be seen as the cornerstone of this history. 20 years is a long time in computing, but the iPod’s influence can still be seen.

(Quotes in the headers of this article come from Apple press releases.)

This week on episode 210 of the Intego Mac Podcast, Intego’s Mac security experts discussed the latest Apple Event, security and privacy stories, and more. Be sure to follow the podcast to make sure you don’t miss any episodes.