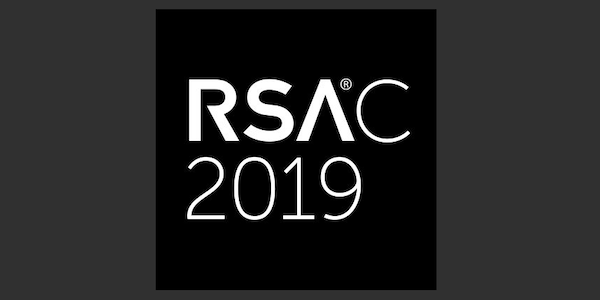 Another RSA Conference has ended, and as usual, there were a lot of great things at the event.

RSA Conference USA 2019 was held at the Moscone Center and the Marriott Marquis in San Francisco, California.

Although Apple doesn’t exhibit or participate in trade show events in any official capacity, whenever I attend, I look for the Apple-relevant content, and often find some great hidden gems. In this article, I’ll point out some of the keynotes that were of general interest to anyone interested in digital security and privacy, and then I’ll cover a couple of Mac-focused things from the event.

Every year, a panel of notable cryptographers gathers on stage to cryptography topics du jour. Ron Rivest (the R in RSA) and several others were on the panel this year, but one of the usual panelists, Adi Shamir (the S in RSA), was unfortunately unable to attend because he was unable to obtain a visa.

RSAC’s official YouTube channel has a video of the panel discussion (embedded above for your convenience). Here are a few notable sections of the discussion:

Bruce Schneier on The Role of Security Technologies in Public Policy

Bruce Schneier is something of an information security rockstar, so it’s always interesting to hear him speak on a topic about which he is passionate. You can watch his session above; its description is as follows:

“Computer security is now a public policy issue. But while an understanding of the technology involved is fundamental to crafting good policy, there is little involvement of technologists in policy discussions. We need public-interest technologists: people from our fields helping craft policy. This is increasingly critical to both public safety and overall social organization. The defining policy question of the Internet age is this: How much of our lives should be governed by technology, and under what terms? We need to be involved in that discussion.”

Another panel discussion that I look forward to every year is the “most dangerous attacks” panel hosted by experts from the SANS Technology Institute. You can watch the video above.

One of the most impressive keynotes at the conference was that of Kyla Guru, a 16-year-old high school student who started her own cybersecurity education company.

Guru pointed out that our schools emphasize physical safety, but are generally doing a poor job of teaching digital and online safety and security. You can watch her thought-provoking keynote above.

New Mac software (for geeks only)

A few pieces of interesting Mac software were announced or released at the conference last week, but each is highly specialized and only of interest to the information security community.

Was there anything else of interest to Apple users at RSA Conference that we missed? Let us know in the comments below.