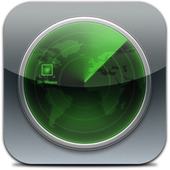 Since the release of iOS 7 last year, iPhone and iPad users have been able to make use of a “killer” (if you’ll pardon the pun) new feature.

Activation Lock, known by some as the “kill switch,” is a security feature designed to deter the growing problem of mobile phone theft.

And the great news is… it’s working!

As the New York Times describes, iPhone robberies in San Francisco, London and the big Apple (no, not that Apple… New York) have all plummeted according to a report issued by the New York attorney general’s office.

Authorities in San Francisco measured the six months before and after the release of Activation Lock, and said that iPhone robberies had fallen 38%. Over the same time period, thefts of iPhones in London dropped 24%.

And, during the first five months of 2014, Apple-related robberies dropped 19% in comparison to the same period in 2013.

In fact, the success of “kill switches” is so apparent that it has given further incentive to Google and Microsoft to speed up their own plans to emulate Apple’s technology in their own mobile operating systems.

“The introduction of kill switches has clearly had an effect on the conduct of smartphone thieves,” New York Attorney General Eric Schneiderman told reporters. “If these can be canceled like the equivalent of canceling a credit card, these are going to be the equivalent of stealing a paperweight.”

What’s great about the iPhone Activation Lock is that it does more than just remotely wiping your device in the event of you losing it or having it stolen from your jacket pocket. Remotely wiping a phone doesn’t stop a thief from doing a “factory reset,” and selling the device on as if it were newly purchased from the nearest Apple store.

Instead, Activation Lock renders the smartphone useless – preventing criminals from resetting the device back to its just-shipped factory state. Furthermore, you can remotely tell your lost device to display a message on its screen – which will continue to be displayed even if the device is wiped.

You can display a message and contact details on the lost device.

I think you’ll agree with me that such a phone is going to be a lot harder for criminals to sell on.

Hackers can only reset the phone properly if they enter the real owner’s Apple ID username and password.

Even though there have been reports that some hackers might have found a way to bypass the iOS Activation Lock, I still think it continues to be a valuable feature in the fight against iPhone theft.

More details about what to do both before and after your iPhone is stolen are described in my earlier article: How to enable the ‘Kill Switch’ on your iPhone or iPad, right now!.

PS. Although Activation Lock is an undoubtedly great feature, there’s one thing to consider. It’s going to be a right pain in the posterior if you forget to properly wipe your iPhone or iPad and disconnect it from iCloud before you (legitimately) sell it or pass it onto someone else as a gift

Helpfully, Apple has published advice regarding how to do this safely in a support Knowledge Base article.

Have you ever lost your iPhone? Did Find my iPhone and Activation Lock help you to recover it? Share your experiences by leaving a comment below.