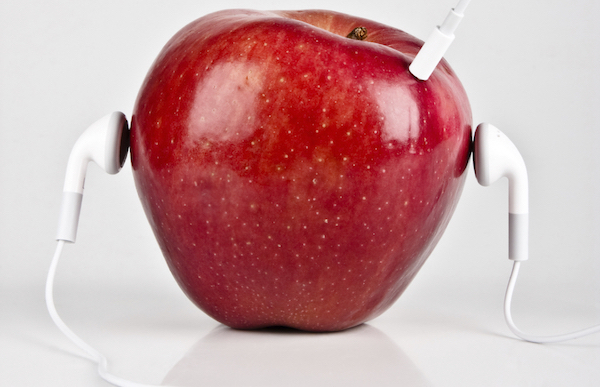 It seems the entire blogosphere—and even a lot of mainstream newspapers—are talking about a blog post, written last week, entitled Apple Stole My Music. No, Seriously.

The author, James Pinkstone, recounts his tale of how he thinks Apple Music deleted his music files—122 GB worth. He cites a conversation with an Apple support person who claimed that this was the way Apple Music was intended to work.

‘Tis hard to believe this tale.

First, the author says that Apple “stole” his music, not deleted it. He’s a freelance composer, and he seems to think that Apple wanted to take his music, whereas iCloud Music Library—the feature that stores music in the cloud—merely acts as a music locker. He’s also somewhat vague about exactly what happened, suggesting that this was a result of user error, rather than something Apple Music or iTunes did to his library.

“If Apple Music saw a file it didn’t recognize—which came up often, since I’m a freelance composer and have many music files that I created myself—it would then download it to Apple’s database, delete it from my hard drive, and serve it back to me when I wanted to listen, just like it would with my other music files it had deleted.”

There are many ways you can lose files on a computer. There may be software glitches that delete files, or you may have hardware problems, such as with your hard drive, which result in lost files. But intentional deletion of files is a serious accusation. With 13 million users of Apple Music, we’d have heard about this before if one of the “features” of Apple Music was to delete local files.

I don’t know how this person managed to delete his files, but we all press the wrong keys from time to time. Fortunately, he had a backup, though it was a few weeks old; he was able to recover most of the files.

And that’s the moral of this story: you need to back up your files. Everyone has important, even irreplaceable files. For this person, it was music files that he had composed. For you, it might be photos and videos of your kids. For someone else, it might be text files containing the next great novel they’re writing.

No matter what you have on your Mac, you should back up your files. Intego Personal Backup helps you, creating multiple backups (because two backups are better than one), copying only new or changed files—so backups are quicker—and letting you schedule backups so you don’t have to remember to launch them. Together with Apple’s Time Machine, this one-two punch ensures that you don’t lose any important files.

My iTunes library is very important to me. It has my large music collection that I’ve built up over several decades, and that I’ve spent a lot of time tagging and organizing. I keep three backups of my music, as well as all my other important files. I’ve lost files to hard disk problems, and the loss is never more than temporary, since I always have multiple backups. And you should too.

Get Intego Personal Backup, so you don’t lose any important files.