Two years ago we introduced Intego VirusBarrier iOS for the iPhone and iPad, allowing users to scan email attachments for malware and prevent malicious files from transferring to other computers. As with most technology, file sharing has improved in the last two years, and so has VirusBarrier iOS. Today, Intego has released a new version of this powerful app, which gives you more ways to scan shared files. 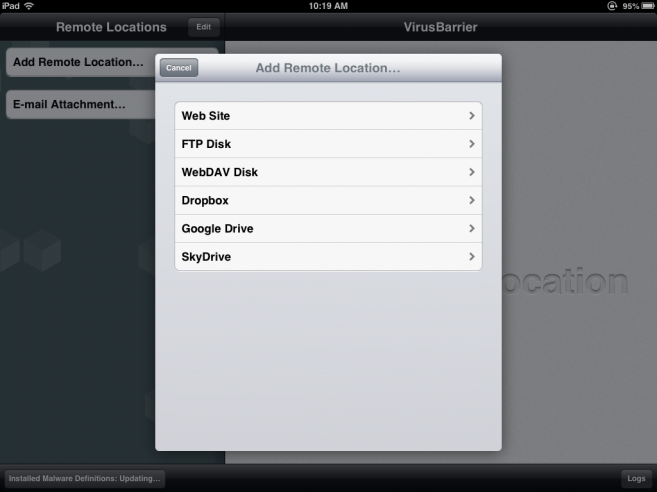 Apple’s iOS prevents programs like VirusBarrier from running scheduled scans, like those you may run on your Mac with our OS X antivirus software. But it does let you perform on-demand scans of email attachments and other files that you have access to on your iOS devices, either locally or in remote locations (such as Google Drive and SkyDrive), so you don’t pass on either Mac or Windows malware.

If the scan comes up clean, our integrated file reader will open the document for quick and easy viewing, or you can send the file to a remote location for storage. If malware is detected, you’ll see details of the discovery and you’ll be given the option to report the malware to us at Intego.

You can update VirusBarrier iOS now to version 1.5, or download VirusBarrier iOS and join us in stopping the spread of malware. Since we’ve changed from a subscription-based service to a one-time price of $0.99, you only pay once and can update the app with the newest malware definitions for free. Pretty cool, huh?