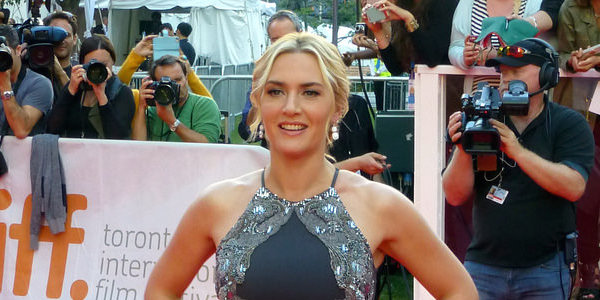 Kate Winslet, who stars in the new Steve Jobs movie, has called on parents to limit their kid’s screen time — going so far as to ban social media in her own household. The Oscar-winning actress and mother of three says that she and her husband also try to restrict the amount of time the family spends using phones and tablets.

Winslet stars in the new Steve Jobs movie as Joanne Hoffman, Apple’s former international head of marketing, who worked closely with Steve Jobs from the early days of the company’s creation. Despite playing as Apple co-founder Steve Jobs’ confidante in the movie, in real life she is not exactly fond of technology and its effect on young kids.

In an interview with The Sunday Times, Kate Winslet urged parents to keep children away from iPads for as long as possible. “I think parents are losing control, especially if they’re busy parents,” she explained.

Although Winslet claims to be the “least techie person” she knows, the actress revealed some interesting advice for parents:

Take the device out of their hand. Don’t let them sleep with it. Play Monopoly. These things are not rocket science. Do drawing games. If we go to the pub we always take paper and pen. You have to stay in touch with your kids. It’s as simple as that. When they want to go up to their room for an hour to do whatever they’re doing, know what they’re doing. And put parental controls in place.

She added: “They go into a world (obsessed with technology) and parents let them… It takes every member of a family to be a member, and there are too many interruptions these days – and devices are a huge interruption.”

Three out of four parents say that their children’s device screen time interferes with schoolwork, family time and other daily activities, according to a recent Intego survey conducted by Ipsos. It’s refreshing to see Kate’s wake-up call, and we hope others recognize that while technology can be brilliant for kids, age-appropriate limitations on screen time can be beneficial for all families.

Is there such a thing as ‘too much screen time’ for kids? Do you agree with Kate Winslet, or do you feel that her dire warnings are misplaced? Would you limit your child’s screen time? Have your say and leave a comment below!