Apple has released a new version of Xcode, a tool used by app developers for Apple devices, which contains two security fixes. Xcode 7.3.1 patches a heap-based buffer overflow flaw in which an attacker may be able to execute arbitrary code and effectively take control of the machine. 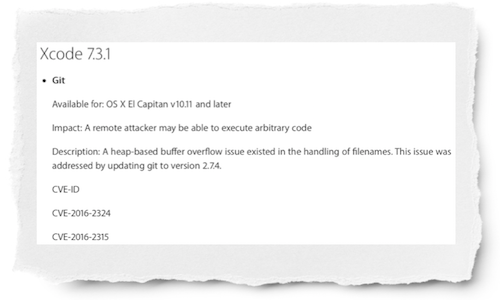 Details of the patched vulnerabilities are as follows:

More information about these updates can be found on Apple’s Developer Download page for Xcode. You can download Xcode from the Mac App Store for free. [Direct Link]